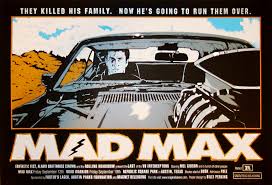 Mad Max is a Textbook to The Zombie Apocalypse

By: alfoss
In: Daily, Prepping
With: 4 Comments

Anyone wanting a clearer understanding of what life could be like during the zombie apocalypse would do well to study the Mad Max movies.They were a funny set of movies that evolved over their 36 year run. And if Mad Max Fury Road in 2015 shows anything, it is that this franchise still has much to say (or is that much to sell?). But the bigger point is that from the beginning, the movies show what happens when things fall apart. When law and order and society descend into a post apocalypse existence.

So, studying aspects of this descent I believe is a healthy way to draw the example about why we should be paying attention to things now. If and when things start to fall apart, where will we be? Is there anything that will prepare us for that world? Will we make it? 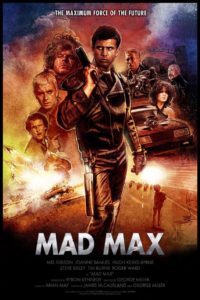 I remember watching the original Mad Max on TV. It was back in the late seventies or early eighties. The movie came out in 1979. You could say we waited for it to come out on cable, but in LA, no one really had that. We had ON Subscription Television. They came out and put a special antennae on our roof. Then at night, starting around 5 or so, they would broadcast 3-5 movies over the course of the evening.

It was a way of selling in home movies before the world of video stores (or even VCR’s which did not exist up til then). I believe other areas of the country had cable. That did not come to LA for a few years. But ONTV was high tech for its time. You had a little box (Actually it was huge – about the size of two VCR’s taped together). And it had 1 control knob – that was off or ON. When it was off, you could see the scrambled version of the movie – without sound. And when we hadn’t paid the bill (or when we wanted to watch R movies or the late night soft core porn without Mom and Dad finding out) you could kind of see it. 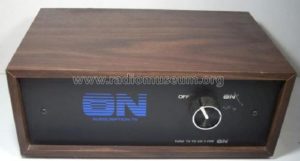 I credit ONTV with introducing me to some of the finest film that Hollywood had to offer and we never went to the theaters to see. That being said, they also had a good amount of the stinkers that no one should waste their valuable time watching.

As I recall, Mad Max was one of those movies that you could not tell whether it was a good one or a bad one. It was low budget. Lots of brutal death and killing. Many long car chase scenes – often ending with blood and guts. And of course, Mel Gibson wearing leather and carrying guns. What could it possibly mean and what value could it bring? Just ask the people who put together the Fast and The Furious franchise. Both groups have made bazillions from the formula.

So if it was so bad, why am I talking about it and how did it grow to be a billion dollar franchise and career-maker for Mel Gibson?

It was the beginning of a series. At the time, I doubt any of them had an idea about where the franchise would go.

Why do I focus on these movies? I will first say that part 2 will take this discussion to a new level. But at this point, the idea of being left on your own with no chance of safety and protection is what its about. You see Max’s family slaughtered. This could potentially happen at any time now. But in the case of societal breakdown, the potential for this is much greater. Where will we go? What will we do? Will it change us? Will we lose our own humanity.

Also, how should we being living our lives now in order to protect ourselves from this kind of future. I am not going to lie. Much of the point of Astrogardens is to remind people about this. And to consider what you might want to be doing to prepare for it.

Whether it is learning how to grow your own food. How to start a fire – with or without matches. Gut a fish. Preparing and canning fruits and vegetables? We will explore some of these.

Next, explore how the Road Warrior takes societal breakdown to the next level.