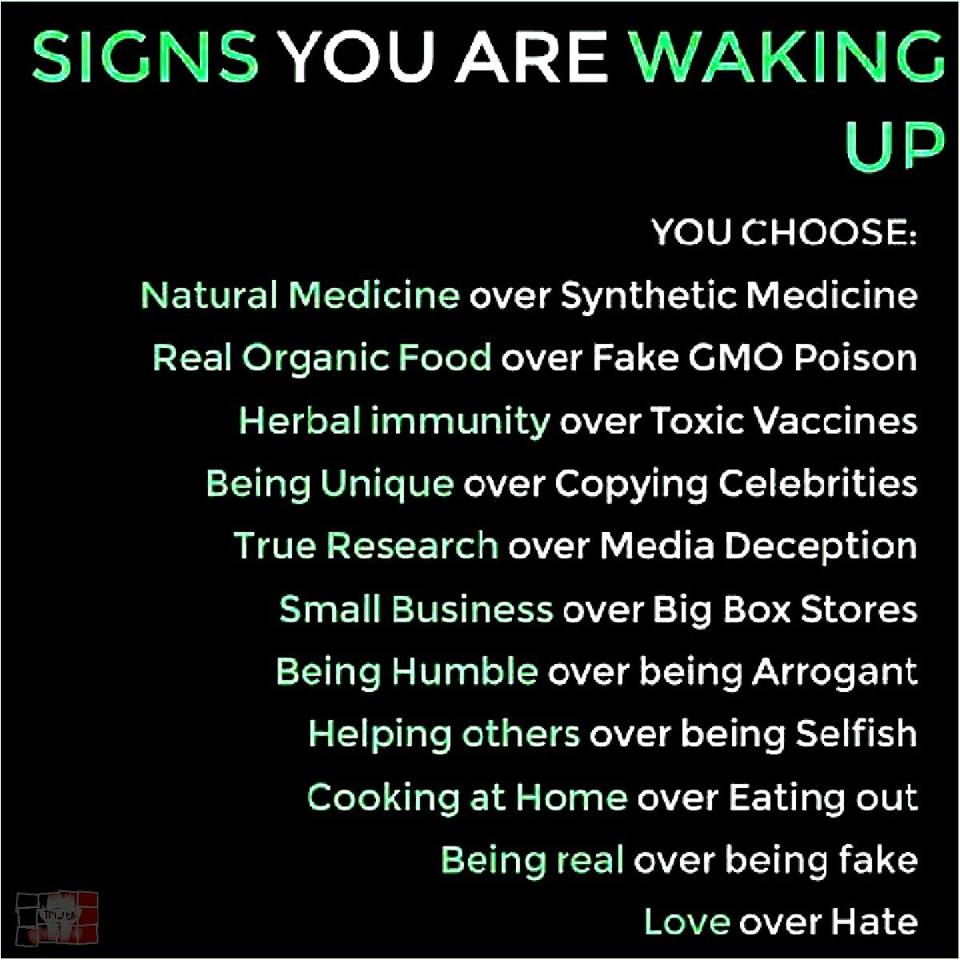 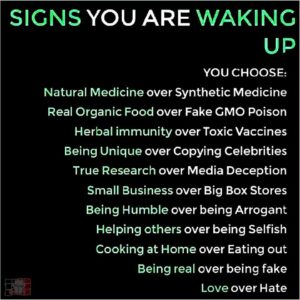 I often see funny, interesting and thought provoking meme’s on Facebook worthy of sharing and further discussion. This is one such meme as it speaks to many of the issues that we face today – and more importantly the issues that have brought me to writing this blog.

The so called life in 2018 that is now being foisted upon us is wrought with control issues.  And denying that there are influencers out there seeking to control every aspect of our lives only places you firmly in the pack of the average. You buy into it, you are in the Matrix. You wake up. You live your life (the life you are led into).  You live, You die. You leave no footprint.

So I am on a search each day to find these little wake up calls. A reminder that you have free will. you can control your own life and your own destiny. You can break free of the Matrix.

Each day requires a step forward.

As an example of “Waking Up” I will share an article that caught my eye. It was shared on Drudgereport. Note here. Many people when they see the word “Drudgereport” immediately put their guard up as the Lamestream has labeled it as Right Wing.  If you are unaware of Drudge, it is an article sharing site. All they do is find news from other sources and share the headlines. This particular article was published by “The Eagle,” a daily newspaper from someplace I am assuming is Texas (from an “aggiesnation” link that was on the page). It was shared by them from a writer at the Sun Sentinal – a Broward County Florida Newspaper.

Feel free to read it if you like. But the main takeaways I immediately saw were (and I will write these as bullets): 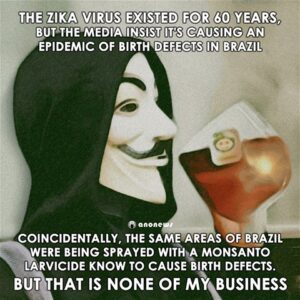 I bring this up because the Zika scare was one of the MOST hyped up bunch of bologna I recall in a long time. I think it is best explained by referencing another meme I saw on facebook around this time (pictured left).

At the time of this scare, I was hyper sensitive toward the push of the CDC and the medical establishment. As the stories about it are rolling out, the scripted commentary about it were just too weird. My Bullshit antenna was jerking so hard that my neck was hurting. You read stories in the first week about the possibilities of a tie in to pesticides being tested in Brazil. Then there was an avalanche of information from the CDC denying this and, lo 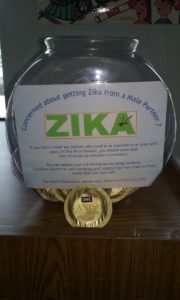 and behold, the stories about pesticides disappeared. Vaccines were mass produced and sent all over the US South. There were NO cases reported in the US.

The hype was that the Zika virus was causing Birth Defects in unborn children. Probably the most telling point about Zika being a complete hoax was when I was in a Child Protective Services Office in Pottstown, PA. I point this out because Pottstown is not a big place – and the office is a satellite of the Montgomery County office. On a shelf, prominently displayed, was a jar filled with condoms offered to young mothers who happened to be in the office with a warning the Zika was also a sexually transmitted disease.

I soon considered it a somewhat hilarious game to listen to news anchors covering Zika related stories a) because hearing them say Zika with “shock and alarm” serious voice was just funny, and b) the outlandish press release stories that they were a study in badly written propaganda.

I bring all of this up and suggest there is a homework assignment. Be on the lookout for “Yellow Fever Scare” stories in the news. If you see them, please share them here.

One thought on “Waking Up”