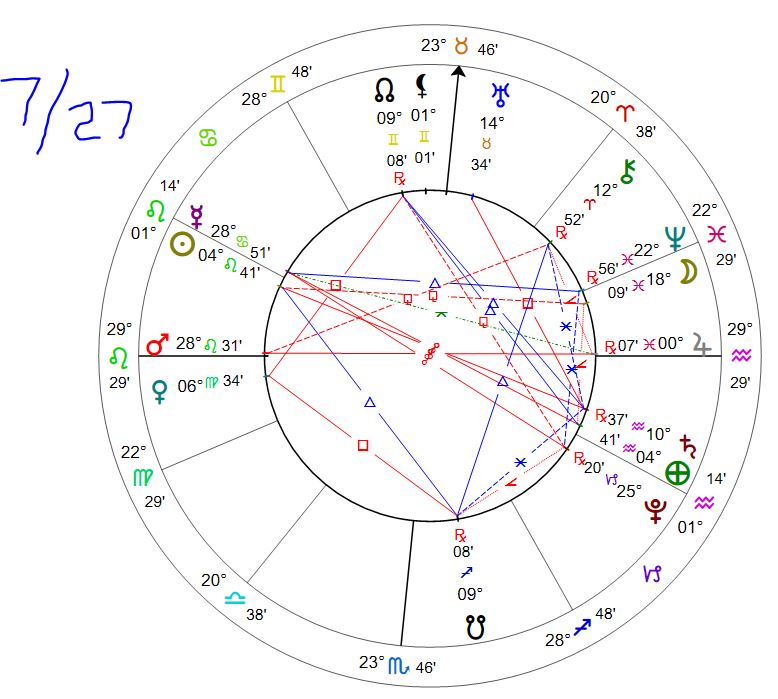 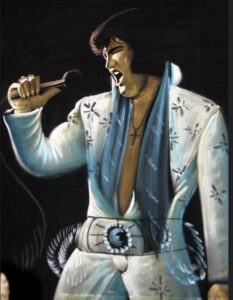 EARTH – 05 AQUARIUS: A council of ancestors

The Game That Starts with a Black Velvet Elvis

Back in my youth (or sometime between 1985 and 1992 – I do not remember when), I heard a radio prank that had me in stitches. So much so that I still giggle about it.

The Radio show was the morning show on KROQ in Los Angeles. The DJ’s were Kevin and Bean. They were not particularly funny, but I used to listen to them anyways. I liked the station and sometimes they played music.

The prank started when they took a trip down to Tijuana, Mexico. All I remember about the trip is that they came back with a bunch of tourist souvenirs. maracas, serapes, blankets, sombreros and the like. But the most important of these was a Black Velvet Elvis painting – the one to the right is just a representation and not the real one. And isn’t it a beauty!

Armed with this true piece of “Art”, they came up with a radio bit. They would offer this Black Velvet Elvis to anyone who wanted it. The condition was that they would have to prominently display it. And be willing to allow themselves to be audited to be sure that they are “enjoying” it publicly.

The Radio bit went on for weeks. And I thought it was hilarious. They would send radio station interns to check on the painting. The good sport had it in his foyer with a light positioned to highlight it. I have remembered it 30 odd years later.

The Fruit of the Poison Tree (or is that the seed of inspiration?)

And 30 years later, an “artist” has come on the scene here in the United States that may just be able to live up to the caliber and beauty seen on the streets of Tijuana – and he is a political celebrity to boot. His name? None other that prodigal son of the President of the United States of America, Hunter Biden!

Having either failed or retired from being a soldier, a lawyer, a drug addict, a lobbyist, an international board member, a financier . . . and then forced into a new existence as the son of the President, Hunter has taken up Painting. Maybe he has a studio down in Dad’s basement.

He is a self proclaimed Artist. And with his name and a bunch of paint splotched canvas, he has become a self-made millionaire again – totally using the name and reputation of his father. And all corruption aside, some very anonymous, very rich people now have some wonderful liners for their cat boxes.

Let’s face it. If Hunter had displayed these paintings for sale at the Nation’s Summer Capitol (Rehoboth Beach) on the RB Boardwalk, he would not have gotten $50 bucks for any one of them. The New York Art House would disclose neither the amount paid for any of these painting nor the name of the buyers, but they were rumored to start at about $50,000 each. Noooo there is no “pay for play” here. No corruption. Keep moving.

But what does that have to do with Elvis?

I have hatched an idea that can bring these brilliant ideas together. Bad Artwork and a contest. But it’s not really much of a contest because I do not have any money to give the winner. And saying that I will use my massive following to promote their work is . . . well not that special. But if this works the way I am dreaming, we may be able to make an impact in other ways. Be patient. I will explain. 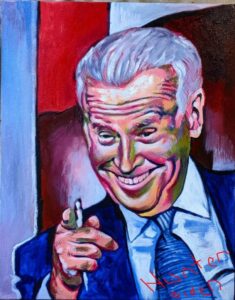 Calling all artists! Come one, come all. Show your talents in an entertaining way! We are looking for the most entertaining depiction of the present President of the United States of America – Joe Biden.

1 – There are no rules for your medium. Acrylics, Oils, Mixed media, clay, playdough, crayons or even black velvet. Anything you want to do to show your patriotism and creative nature.

2 – Some depiction of the President is required.

3 – IT MUST BE SIGNED WITH THE NAME HUNTER BIDEN. This is important! You can put your own name on it somewhere to make sure it can be identified later (don’t worry, Joe and Hunter are in the public space which gives you complete immunity from claims of slander later. Just think about the guy who created the Blow up doll of Baby Donald Trump. Its all Good!)

To the left I have offered 2 examples of how you can do this. I have stolen these from GOOGLE – with a search using the terms “Joe Biden Painting”. NOTE the cute Hunter Biden signatures I added in the right bottom corner of each using a lame Pen tool in 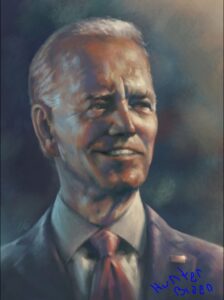 the screenshot program. I do not know the artists. BUT if you are the artist and see this post and might be offended or honored, I offer you this recourse. If you comment below I would be happy to promote you to my audience.

Please do not send anything to me! I am not giving out my address. But any fool with the where with all could find it. I do not exactly hide it.

Please take a picture of your artwork and send it to me at alfoss1540@gmail.com. Note that I am using my Google email to assure that the CIA can find out about this quickly and easily.

YOU WILL GET POINTS for creativity in submission. The idea of this contest is to get your work seen by AS MANY PEOPLE AS POSSIBLE. Show it publicly. Display it in a store window. Put it on an easel on the boardwalk. Get some guy selling knock-off Louis Vuitton handbags on the street of New York to offer it along side his wares. Take it to a homeless shelter. Have an Art exhibit at your local library. Go big or go home! The sky is the limit.

HELP ME PROMOTE THIS PROJECT!

My reach is no longer worth a lot. The Masters of the Universe have completely throttled back my reach on Facebook. Share it with the ones you love. Or just with a bunch of random strangers.

I will be posting on the following: My Blog, Facebook, Twitter, Gettr, Parler, Gab, Mewe. Please copy this link. Or share the post with all followers. Paste it in political and artist groups (thought many artists are hard leftist types who might not appreciate the humor here). Maybe I will even do a youtube video. That could be effective.

You get the idea.

Once I get submissions, I will let you know.