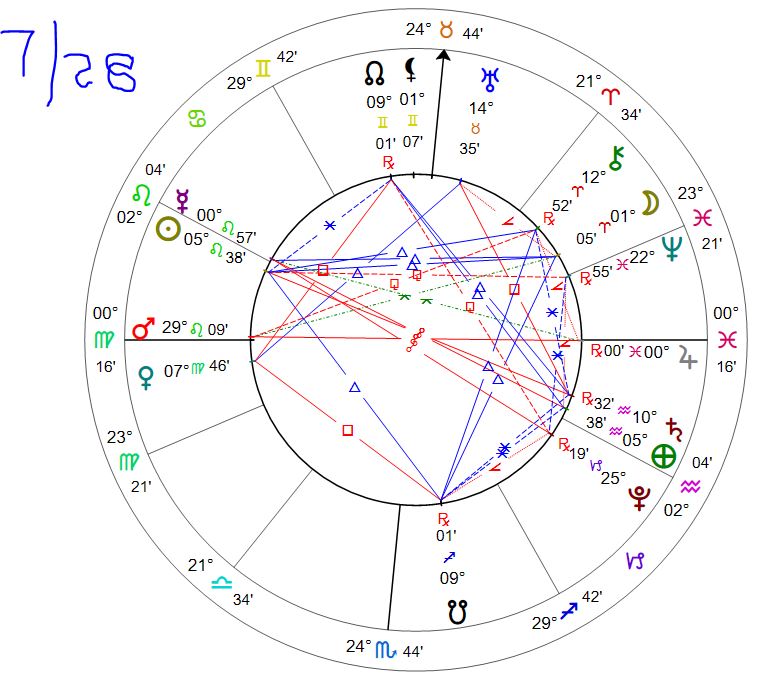 SUN – 06 LEO: An old-fashioned conservative woman is confronted by an up to date girl

In order to even begin to understand what is going on in the world right now, you have to be open to the idea of unlearning almost everything you were taught.

Seventeen years ago, Al Gore produced a Documentary Film entitled “An Inconvenient Truth.” In the movie, he presents the case of the environmental left – that pollution and Capitalism are causing Global Warming, and the Ice Caps will melt causing the oceans to rise and the world to devolve into catastrophe. The film was universally lauded by the left and the entertainment industry as being filled with facts and providing a roadmap for how we should proceed in the future.

The problem was that NONE of his predictions came true. The Earth is not warming – in fact is has been cooling. The factors he claimed that were causing it did not really work that way. His policy solutions were simply globalist plans to implement a Global government that would redistribute resources from countries who could “afford it” to countries that could not.

Since that time, “Global Warming” had to be rebranded as “Climate Change” because the globe was not warming (do not let the daily weather reports fool you when the weather people describe whatever they are seeing as the result of “Climate Change.”)

And be assured. When the lamestream says “Climate Change,” what they mean is anthropomorphic climate change – or climate change that has been caused by man – and all their results and conclusions are the same as when they were calling it Global Warming.

All That Being Said, The Sky is Still Falling

While Anthropomorphic Climate Change is a complete load of BS, that does not mean that there are not significant changes going on to our Earth. They just are not being caused by what the Mainstream is trying to claim it is.

I have often cited Ben Davidson at Suspicious0bservers as offering the Science behind what is actually happening. I discovered Ben back around 2010 or 2011. It was around the same year I began learning about Astrology and following the Oracle Report. I was particularly interested in his tracking of Earthquakes and the correlation with weather. He had the gaul and audacity to call out Chem trails and Haarp and other weather control dark programs.

And while these types of discussions still do not fly among scientific types (you never try too discredit the hand that pays you) all of them have been shown to have been going on and are still going on today. Just people know about them now. And the government has sent out scientific papers giving them all news names and saying that they are good for the environment.

What mainstream science has been much more reluctant to accept is that there IS a force that is causing significant changes to the earth. And this force is our own Sun. 98% of scientists never agreed on anything despite what the climate activist left claims. And they are coming out of the closet in droves to explain how.

A month ago on June 28th I shared a Suspicious0bservers video talking about the Solar Killshot that could take out out home planet.

This sent me on a month long recharge on the ideas behind prepping and what we need to do to be ready in the possibility of the end of the world as we know it. If the Shit Hits the Fan, will you be ready? Have you attempted to light a fire without matches or limited matches? Have you started stockpiling food? Do you have a Go-Bag?

Ben has come out with another update to the potential of disaster here in the near future. Check it out.