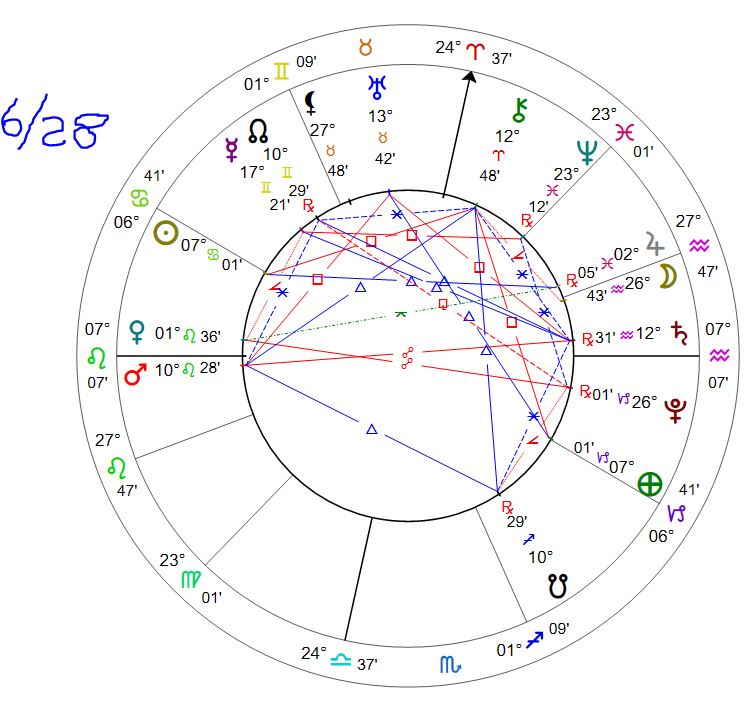 8 CANCER: A group of rabbits dressed in clothes and on parade

Happy Monday! “The purpose of our lives is to be happy.” — Dalai Lama

Anybody following the lamestream news for the past . . . well I will say 54 years because that is how old I am . . . knows that the sky is falling and we are all going to die. And the latest reason is because of, you guessed it CLIMATE CHANGE!

Of course that is only because back in about 2011 they had to change that from Global Warming . . . because they had proved that the earth was not really heating up from the Greenhouse effect. The seashores were not being inundated from ice melting at the poles – no matter how crazy Al Gore became on the subject.

You get the drift.

I remember I finally called bullshit on the entire thing back in about 1986 or 1987. I was taking an Environmental Studies class. They got to the Global Warming chapters and I about lost it. My major was Economics – requiring a lot of upper level statistics classes. I looked at the data they presented and realized that all the models they were citing fell apart. The Earth simply was not going to start heating up, no matter how many Greenpeace rallies they held.

This was one of the many occasions when I noted that the educational establishment was pretty much full of shit. It was not in place to “educate” us as much as it was there to indoctrinate us. The Global Warming agenda had NOTHING to do with the environment and EVERYTHING to do with the political agendas being promoted to “solve” the problems. And the solutions ALL involve Larger Government involvement, More taxes, more regulations. And, at the moment, are being promoted by Globalist Elites through The United Nations.

Back in the late 90’s and Early 2000’s, it became de rigueur to call it Critical Environmental Theory, which is defined as:

Critical environmental theory broadly refers to critical theories of society that attempt to illuminate the relationship between advanced industrial power and the domination of nature in connection with ideological issues of race, class, gender, and species. Click Here for the Source if you really want to look it up.

No longer is the environment about pollution and cleaning up. It is now about how we “reeducate” the world towards a Marxist agenda. I usually sputter when I read or hear about this. I scream WTF does race have to do with the Environment????? And I will ruefully admit that the looks I get from the converted are usually just as bad the the look on the Pod People’s Faces when they realize that I am not one of them. (If that made no sense to you then please check out Invasion of the Body Snatchers).

Now that is Enough Liberal BS – The Sky May Still be Falling!

I was reminded of all this this morning as I was watching the weather – the only part of lamestream television that I actually pay attention to. And they featured some Weather Guy talking about the heatwave in the Pacific Northwest . . . and how is is a result of, you guessed it, Climate Change.

For anyone who still watches lamestream news, I would like to pose a challenge to you over the next few months. Please start counting the number of times that you hear the lamestream news or entertainment industry mention Climate Change. A year and a half ago it was Covid words. Then that was taken over by racial sensitivity. That gets old and next its the environment.

And in all their wailing about Climate Change, they kind of forgot about the science. Or more to the point, they stopped looking at the science that did not support their agenda. The people FUNDING their science seem to only want to fund things that solve the imagined problems that they want to advance. Problems that require more government, more regulations and more taxes.

And while all that was happening, our Sun has decided to make some changes. All of the Global Constants that are required to create a perfect ceteris paribus universe called our planet Earth.

A lot of this kind of stuff has made it into some of the better catastrophe movies on the past 20 years. Armageddon, 2012, The Day After Tomorrow (which I just watched yesterday).

But is this Just Science Fiction

The subject of “Catastrophism” was formerly a much studies science.  It was looking at the geological record and trying to figure out what has happened.

Consider this. The Western World is well versed in the story of Noah’s Ark, caused by a Great Flood and affected the entire Earth. Well guess what. This story is not exclusive to the Christians and other Abrahamic religions. The Hindus, the Buddah’s The Egyptians, The Sumerians, The Nordics, the Greeks and probably even the Romans since they stole all their history from the Greeks.

So was this the only world wide catastrophe that has ever happened? It was approximately 6000 years ago. Look it up. Lamestream Science books will not tell you much.

But as they say, people who ignore history are doomed to repeat it.

One of my goto sources for actual climate information is Suspicious0bservers. This have a Youtube channel and publish a daily SpaceWeather report. Last night they produced an illuminating video on Catastrophism. It is part of a longer series of videos they have produced that are well worth watching.

I found this little post today while posting my Happy Monday message to Parler. It was written by Jordan Sather, who if you did not know him, he was one of the MANY truthers out there that were deplatformed by Youtube, Google, Facebook, Instagram, Twitter, et al.

Our climate IS changing, yes, but what our Deep State propagandists want you to think is that you’re the cause of it and you need to give up a bunch of your tax money and buy into their agenda to save the planet.

When you peer past their fear-based fake science and find the truer information, you will start to understand how our SUN is the major player behind our climate changing and in fact we are due for a global cooling spell in the coming decades, not warming.

And instead of their “green energy” bullshit, we should be researching and developing the zero-point, “free energy” devices and sciences for our future.

Try getting a sociopath to admit he’s wrong, though.

If you happen to be on Parler or Gab, please look me up. If I can grow either of these presences large enough I will happily jetison my time on Facebook.