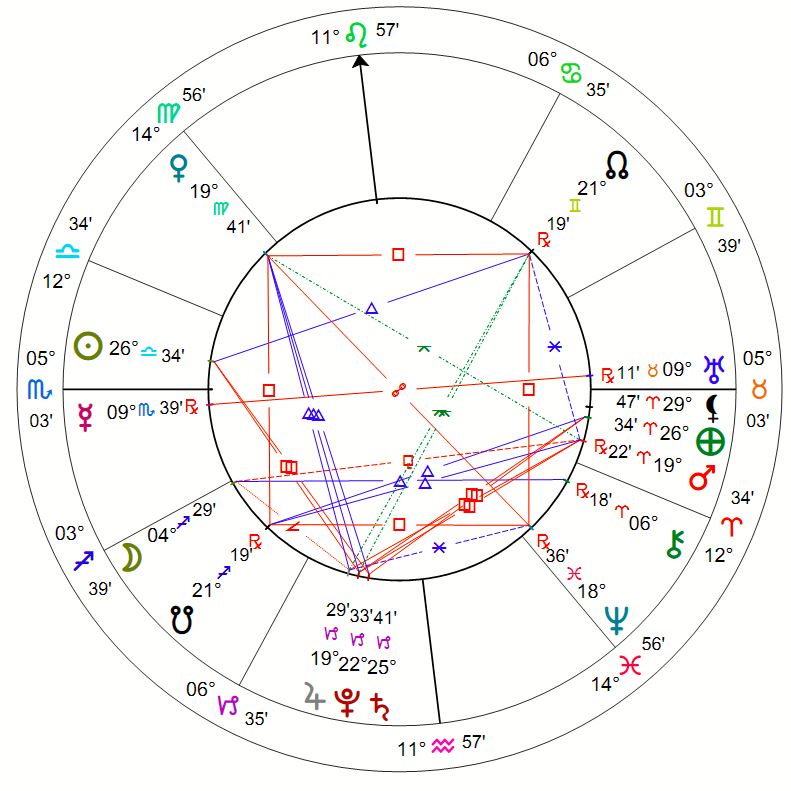 25 LIBRA: the sight of an autumn leaf brings to a pilgrim the sudden revelation of the mystery of life and death
26 LIBRA: an eagle and a large white dove turning into each other
27 LIBRA: an airplane sails high in the clear sky

25 ARIES: a double promise reveals its inner and outer meanings
26 ARIES: a man possessed of more gifts than he can hold
27 ARIES: through imagination, a lost opportunity is regained

Happy Monday! Think of all the beauty around you and be happy!

My Monday message for today is not my own. But I cannot source it as a direct quote because I changed it.

The message came from Anne Frank, a young Jewish girl whose life was interrupted by the Holocaust. Her family hid in an attic for about 2 years. The Diary was found after the family was discovered taken to a concentration camp, where she died.

I remember reading the Diary of Anne Frank when I was in the 5th Grade. It was one of those books that all 5th graders had to read. Thanks to my brother who preceded me in school by a year, I dreaded the experience. He was not a fan of the story.

So for me, I had to wonder whether it was so bad. What I remember. . . Claustrophobia. I suffer greatly from it. the idea of being shut up in a small apartment with a lot of people having to be super quiet and still all the time without a lot of light really bothered me. I remember her talking about how irritated she was with everyone she was with. But that is about it.

And I remember it kind of not ending. We did not get a big explanation about what happened to her after they were discovered.

As I noted,  I altered Anne Frank’s quote. It is part of my attempt to make my weekly message completely positive. Anne’s quote was “Think of all the beauty still left around you and be happy.” And this quote, to me felt desperate. It was a desperation due to outside circumstances. They were living in a country where their religion could get them killed. The Nazi’s were hell bent on extermination of the Jews. And despite this, Anne Frank could see hope. But that hope was fleeting, as shown in the “still left.”

Where Happy Monday and The Law of Attraction Meet

When I began offering the Happy Monday messages, the intention I made and have stuck to, was to always post a completely positive statement to begin the week. I thought this would be a pretty easy thing to do. It seems that there are always positive quotes and advice that people are sharing.

However, this is often not the case. For example. Sometimes what might seem like a positive statement is held together by more negative statements.

Never let your circumstances hold you back from your dreams.

While this seems like a positive statement about following your dreams, it is not. Never is negative. Hold you back is negative.

I found this far too often when searching for a positive statement. And as you start paying attention, you will also notice it.

So I needed to amend this Anne Frank statement just slightly to accommodate for a completely positive thought. No conditions. No dark side.

You Are What You Think

It was pondering on this idea that I began Happy Monday as well as my previous blog, BrighterSideNow. That blog was, for me, a writing project. Or more specifically  a writing challenge. In it, I did not allow myself to write anything in the Negative. (had I been writing on BSN, that sentence would have to be written as “I required myself to write everything positive.”)

For the 4 years I wrote that blog, I explored instances of positivity vs negativity  in all aspects of life. Music, politics, entertainment, sports, religion. And frankly, you would be shocked at how few instances of true positivity you can find.

From the Desk of Albert Einstein

The Law of Attraction is one of those subjects that involves a lot of controversy. It touches on the realm of spirituality that people in science fear to tread. And they fear it because they can neither explain it or prove it.

And I would like to part this discussion with a couple very similar quotes by Albert Einstein. He was well known to question this realm.

“We cannot solve our problems with the same thinking we used when we created them.”

“No problem can be solved from the same level of consciousness that created it.”

These two quotes are attributed to him, though I could never source a time or event or publication where he said them. but he was known to believe that his thoughts and ideas came from outside of himself. That he would consider a subject, think about it long and hard, and then throw it out into the ether to see what came back.

If you have made it to the end of this, I would ask you to do the same. Is there a problem or issue that you have that you do not have a solution to.

Throw it out into the ether. See what comes back.