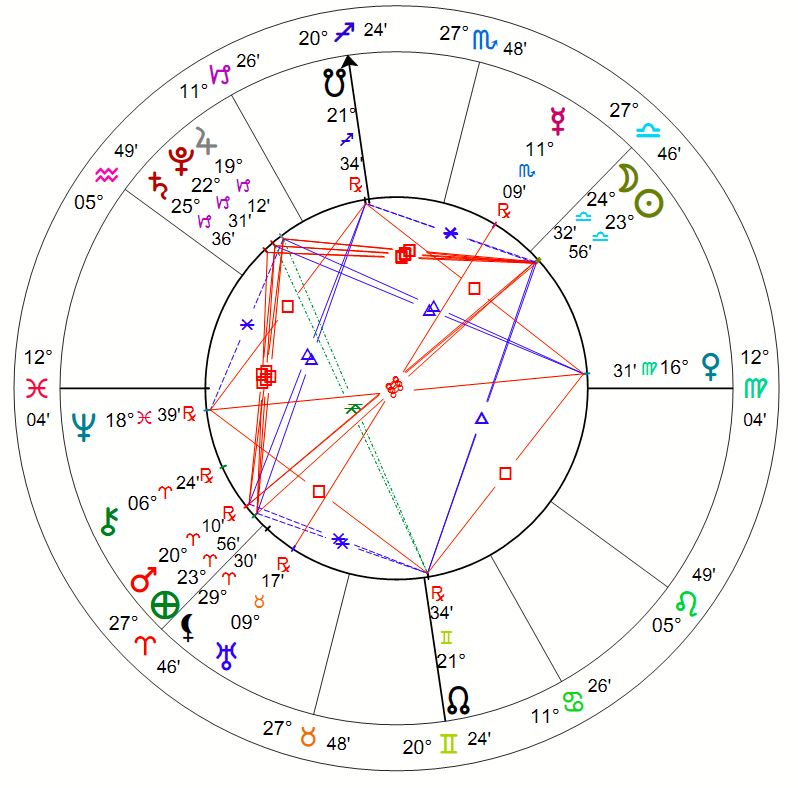 SUN:  24 LIBRA: A third wing on the left side of a butterfly

EARTH:  24 ARIES: An open window and a net curtain blowing into a cornucopia

Sabian Symbols for the New Moon in Libra

Sun/Moon:  “a third wing on the left side of a butterfly”

Earth:  “an open window and a net curtain blowing into a cornucopia”

Mars:  “a boxer entering the ring”

Black Moon:  “a duck pond and its brood”

Jupiter:  “a hidden choir singing during a religious service”

Saturn:  “a nature spirit dancing in the mist of a waterfall”

Chiron:  “a man successfully expressing himself in two realms”

Neptune:  “a master instructing his disciple”

Pluto:  “a soldier receiving two awards for bravery in combat”

Eris:  “a double promise reveals its inner and outer meanings”