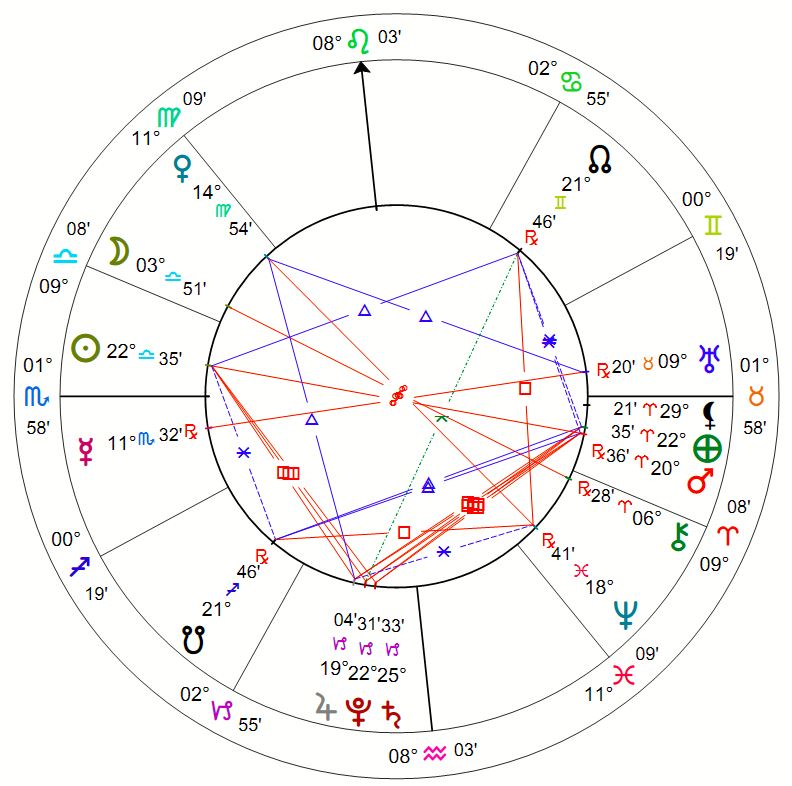 EARTH:  23 ARIES: A woman in pastel colors carrying a heavy and valuable but veiled load

One of the strong energetics of the day comes from the Sabian Symbol of the earth at 23 Aries – “A woman in pastel colors carrying a heavy and valuable but veiled load.”

This symbol carries many meanings. But chief among them it the “veil.” Things are being hidden. And it it pretty obvious that a) the hiding part is going on, and b) what exactly they are hiding. But today is a day to pay attention. And if the Chanticleer has anything to do about it, maybe there could be some loud announcements to accompany it.

This morning’s headlines shouted this to me even before I thought about the symbols for the day. The first headline said it all:

I looked at it and just had no idea how to unwrap it. There are so many pieces of fraud in this single statement that I was just about numb. Why?

And this just the first of this type of headline to pay attention to today. It is election season here in the US. So the Bullshit level is so deep that even hip waders will likely not keep you clean.

That being said, the information being spread throughout the ether here in the US makes even Ayn Rand seem like a beacon of sensibility. I might go so far as to say that the Left/DeepState/Cabal are reaching so deep into the desperation bin that there is no bottom. Consider:

Hunter Biden – Corruption – The cesspool of lies surrounding Joe Biden’s son Hunter is truly unbelievable. It was so out in the open and so obvious that most grade school kids are looking at it with disbelief.

With this story, Deep State actors who hold positions of authority have been squelching it for years! Why? Because either, 1) They are part of it, 2) They have a similar side job that would be noticed if government actually starts investigating these types of things, 3) It would uncover misdeeds by people that they are working closely with.

And if any of this latest were new, I might understand if there was a little push back against the story. BUT IT IS NOT. All of this was exposed back in 2016 – and summarily buried by the democrats and the media.

Yesterday, a mainstream media source publishes the story – noting specific documentation as proof. And the Mainstream coughs and gags!. The Socials (Facebook and Twitter) act as shocktroops to bury any mention of it.

Today it has only gotten worse. The story is out. And it keeps getting worse. And the Democrats and the Bidens keep deny, deny, denying! This one is going to get worse.

Epstein – I am looking for a show of hands here. Who thinks Jefferey Epstein killed himself? Who has not noticed that the ENTIRE list of people on the Epstein Island visit list are Democrat donors?

“FACT” checkers – The 2016 election did a fantastic job at drawing attention to “Truth” in politics. Of course in the end it simply redefined what the word “TRUTH” would mean. They all still lie, but they try to put bells and ribbons and balloons on it now to make people believe what they are saying.

The big events of the 2016 election were Trump declaring that the media were reporting FAKE NEWS. It was a great trolling because hitherto previously, no one called them on their biased bullshit. Their Crocodile tears for even questioning their integrity were . . .  well hilarious. Their response was to declare that they would employ real-time “fact checkers” during the debates in order to call him publicly on his penchant for lying. Not that they would ever question anything Hillary said. It was just a media-driven anti Trump thing. It was “punishment” for publicly questioning their integrity.

Official Election Polls – By every “reputable” poll reported in the mainstream media in 2016, Hillary Clinton won the election by a landslide. There were about 2 that suggested Trump had a chance, but the people who published them were lampooned off the air.

All that to watch her go down in a Blaze of Blubbering on Election night (one of my secret pleasures is to go back and watch replays of election night  – especially the one where Rachel Maddow cries when Hillary loses).

As a statistician by education, I am well aware of how to creatively interpret survey data. I recall a college professor of mine that I worked with on an assignment. After the data was collected, I asked how to interpret it. He then asked, “What do you want it to say?” It sounds pretty sleazy, but it is true that you can describe any data set in pretty much any way you want.

The question however with Presidential Polls is exactly what are they using the data for? And I think that far too often, political campaigns use it to justify information they are using as massaging, and gauge its effectiveness. And then when the data backs up what they are saying, use it to promote themselves.

Q Purge – Last week, the mainstream media dedicated the News Cycle to “debunking” Q. It came as Facebook and Twitter had purged a huge number of accounts and articles and comments mentioning Q.

YouTube Purge – Destroying the illusion et al – YouTube claims it was a planned purge of anything and anyone promoting Q. Channel owners are scrambling to connect on various other platforms including Bitchute and Patreon as well as Dot-TV accounts.

And I have not even touched the Coronavirus disinformation campaigns.

The level of disinformation and censorship has risen to what I consider to be evil levels. And it is getting worse.