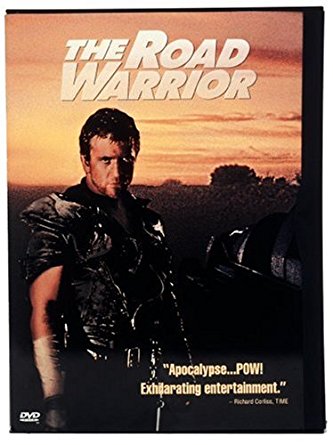 We left off talking about Mad Max – and how there are lessons embedded in the movies that point to why we should be considering preparing.

The first movie ends in true 70’s style. Max drives off, feeling bleak, to unknown destinations. And while he is exiting a brutal environment, filled with sociopathic players and actors, It is grounded in a basic reality.

The Road Warrior makes no pretense about normalcy. Its all pretty much summed up in the opening narration:

My life fades. The vision dims. All that remains are memories. I remember a time of chaos, ruined dreams, this wasted land. But most of all, I remember the road warrior, the man we called Max. To understand who he was we have to go back to the other time, when the world was powered by the black fuel and the desert sprouted great cities of pipe and steel — gone now, swept away. For reasons long forgotten two mighty warrior tribes went to war and touched off a blaze which engulfed them all. Without fuel they were nothing. They’d built a house of straw. The thundering machines sputtered and stopped. Their leaders talked and talked and talked, but nothing could stem the avalanche. Their world crumbled. Cities exploded — a whirlwind of looting, a firestorm of fear. Men began to feed on men.

On the roads it was a white-line nightmare. Only those mobile enough to scavenge, brutal enough to pillage would survive. The gangs took over the highways, ready to wage war for a tank of juice, and in this maelstrom of decay ordinary men were battered and smashed — men like Max, the warrior Max. In the roar of an engine, he lost everything and became a shell of a man, a burnt-out desolate man, a man haunted by the demons of his past, a man who wandered out into the wasteland. And it was here, in this blighted place, that he learned to live again.

I include the entire quote because it is a great example about the state of mind of people when society falls apart. And it is the backdrop of the next two hours of action-packed car chase war. More to the point. It sets an imaginative standard for the mind of people that have been labeled as Preppers.

This community can be defined in a lot of ways. But to keep it simple, they are people who are preparing for disaster.

For Max in the Road Warrior, you see life in this chaotic dystopia. People Need Defense. People need Gas. People need food. And there are those who will try to make their way on their own. And there are others who will be out to take it from those too weak to defend themselves.

Of course this is a movie, but it shows a stark example of how things fall apart. And add to the question of what preparations do you make in the case of disaster. Think of the people in new Orleans after Hurricane Katrina. Or after a hurricane. An earthquake. A volcanic eruption. There are so many action movies that set these scenes. And while it is drama and entertainment, it makes you stop and think about what you might do should such an event happen. Do you have a safety plan? Can you protect yourself? Can you protect your family?

Because the first problem is the event itself. Then you must ask, can you survive the aftermath. And in that aftermath, what will be left of society as we know it.

In part 3, (Of Mad Max and of this study) we will explore exactly that. What happens after the Zombie apocalypse. What is left? Who is left? What do they become?