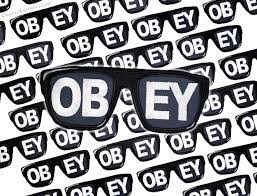 – Aspect of the Aeon Sophia: (Wisdom): – Kali –The Destroyer (Goddess of Endings and Beginnings), Tara (Goddess who Guides), Shodashi– The Fierce One (Goddess of Beauty)

– Sabian Symbol for the Solar-Lunar Month – New Moon in Libra SUN: “ SUN – 03 Libra: the dawn of a new day reveals everything changed ” (& EARTH:  03 Aries  a cameo profile of a man in the outline of his country  )

– Sabian Symbol for the Solar-Lunar Year: –“a flock of wild geese ”

Once You See it, You Cannot Unsee it

Today, the subject of my Red Pillage is the outright bias in the Media. Please Please Please if you have not seen it, go to some idiot fact checked site (Snopes, Politifact, FactCheck.org et al). These are important sites PRIMARILY because they will immediately show you what THEY want you to see. Read the headlines and then start your research.

These are a good place to start because you already know they are biased and they are lying. Pick a story. then research anything they say.

The Wall of Deceit

Note also as you research, the next level (search engines (Google) and Wikipedia and the like) are all completely owned entities of propaganda. Will you find good information there? Probably some. Doubtful all. Most likely a version of the facts that fits what they want you to believe.

I did a search the other day that yielded important results that speak to what I am talking about.

The news mentioned some idiot in the Brandon Administration. I think in the department of defense. And I remembered one of the best examples of sleazy Defense Department types: John Poindexter.

If you do not remember him, he was the guy in the Reagan Administration who became the fall guy for the Iran Contra scandal. I remember him seeming sleazy the first time I saw him. And whether he was the mastermind or the fall guy never mattered. He was pardoned and that was that.

The important part, though, was in the citation about John Poindexter. He then dropped out of the public eye (thankfully) until he was sucked back in by none other thatn Dick Cheyney. What was his job?

This is proof. He was truly scummy. If you read between the lines, this says he was part of the goons implementing the Patriot Act to spy on Americans. If you ask me, they missed their opportunity to directly call him the scumbag that he is here.

But more importantly was a couple paragraphs later:

Poindexter has endorsed the false conspiracy theory that the 2020 presidential election was rigged to favor Joe Biden and claims that the United States “has taken a hard left turn toward Socialism and a Marxist form of tyrannical government.” (from wikipedia)

Note that 2 of these subjects were hot-button issues that Big Tech Social Media companies used to ban, shadow ban or deplatform anyone dared mention them.

WHY would you find this buried in the Wikipedia file of John Poindexter?

The answer is that it is all about the algorythm. Google favors Wikipedia as a data source and uses it EXTENSIVELY to red flag the Enemies of the People.

If you want to have some fun, start searching Wikipedia about other hated political figures. You will see some very similar things. It is part of how they control the narrative. If you look at the Poindexter citation, pay attention to the footnotes (another valuable part of the algorythm). The phrase “conspiracy theory” cites 4 sources (NY Times, Yahoo news, CBS News, and MSN – all with headlines leaturing the words “Trump” “False claims” “Election Fraud.”

In my previous life, I was a search engine optimizer. This is the kind of thing we did to game the search engines. This is one example of thousands like it. It forces the messages that they want Searchers to discover when they are researching.

Not Even an Important Citation

There are thousands and thousands of things just like this. They did not get on Wikipedia on accident. It was planned.

I remember when I first read the book 1984 being horrified with the detailed description of how Winston Smith would meticulously change a past news story to fit the narrative of the day. Even going so far as to change the language of how it was written to fit the goals of Newspeak.

I am reminded of this every time I hear someone utter the word Latinx – which cannot even be pronounced in Spanish.