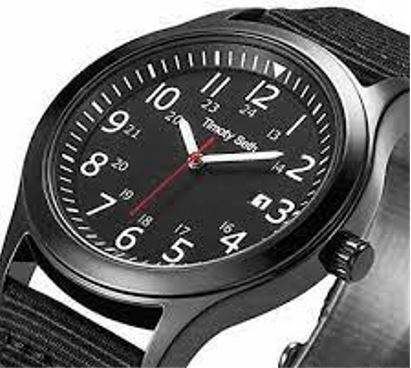 SUN –  18 PISCES: in a huge tent a famous revivalist conducts his meeting with a spectacular performance

EARTH – 18 VIRGO: two girls playing with a ouija board

“Far out in the uncharted backwaters of the unfashionable end of the western spiral arm of the Galaxy lies a small unregarded yellow sun. Orbiting this at a distance of roughly ninety-two million miles is an utterly insignificant little blue green planet whose ape-descended life forms are so amazingly primitive that they still think digital watches are a pretty neat idea.” – Douglas Adams, The Hitchhikers Guide to the Galaxy

Back in about 2014 I stopped wearing a watch. I remember the day well. I jumped up from my porch to chase a kid down the street. It wasn’t my kid. But he was the charge of a guest and I was the only person fit enough at the time to run him down.

I got two houses away and disaster struck. My slippers were not made for running, and slipped off my foot, causing me to pitch forward into the pavement face first. The only thing that saved me from a serious concussion was my two hands.

The resulting double wrist sprain caused swelling so bad that I was not about to even put my watch on for about 6 months. The batteries in it died so I learned to live without it. I have clocks all over the house and my cell phone usually close at hand while I am out.

I recently have been thinking about wearing a watch again. And mainly it’s as a result of imagining the end of the world as we know it. Specifically what is happening in Ukraine.

When the Shit Hits the Fan

I think the best summation of the coverage showed its face on The CBS Morning Show with Gayle King. War is going on and they interviewed a little girl singing “Let it Go” in Ukrainian, then showed another girl warming her feet with pink socks, and then talked about what Ukrainian refugees were doing with their pets. When they go for pet stories, you know they have nothing to really talk about.

And more real front line reporting. I remember the first day after Russia invaded, the big story was that Ukrainians were only about 30% vaccinated and all of these bomb shelters were going to be super spreader events.

But filtering out the utter stupidity of the news cycle, there are so many points that we should be paying attention to in regard to this. Would YOU be ready if this same situation were happening here at home?

No I cannot speak for any of you out there. But I would like you to put some consideration into this. Look where ever you are and pick out a legal geographic area. For me, that is Pennsylvania. Now imagine that Red Dawn happens and there is some attacking force that begins taking over. What are you going to do?

Strategically are you in a hot zone? Will you be a target? Or are you more out of the way? Do you have somewhere you can bug out? If it happens, are you ready?

What would you do?

I was thinking about this when the whole watch thing came up. What if they took out all cell and internet communication and killed the power. I would need a watch to be able to tell time. A lot of these plans you have can start just this simply.

I solved this problem by ordering a new analog watch for myself. With everything dead, most Apple Watches will be toast. I have read enough about EMP’s to tell myself that I want something basic. Why invest $10 in a plastic digital watch when it will be toast as well.

And now that this big decision is made, consider all the rest.