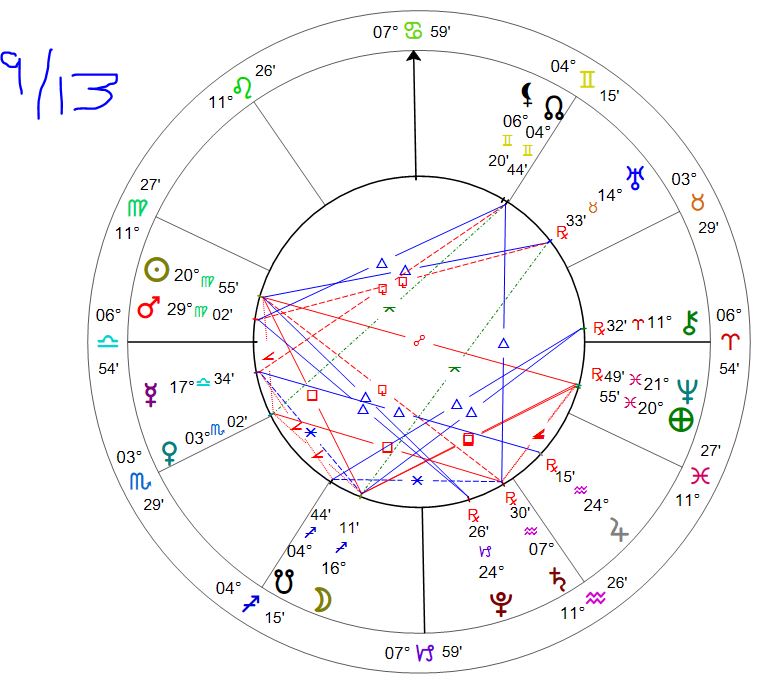 – Planting Calendar (from the Farmer’s Almanac) –  September 12th – 13th – Clear fencerows, wood lots, and fields, but do no planting.

EARTH – 21 PISCES: A little white lamb, a child, and a Chinese servant

Happy Monday! Be happy in the moment. Each moment is all we need.

Last week, Senator Rand Pauls efforts to expose Dr. Fauci came to fruition. FOIA (Freedom of Information Act) requests revealed that Dr. Fauci was indeed funding research through a lab in Wuhan China specifically about Corona viruses and and how bats might be able to spread them. Dr Fauci has here to for denied any involvement in this activity. And denied it under oath to congress.  As stated by Newsweek:

Fauci, the director of the National Institute of Allergy and Infectious Diseases (NIAID), which is part of the NIH, told Congress in May that the NIH “has not ever and does not now fund gain-of-function research in the Wuhan Institute of Virology.”

Where is gets funny is when you start to put 2 and 2 together here. Think about the timeline and think about what “they” have been saying.

Fauci lied to congress last May 2021. Rand Paul laid out all the information and got Fauci to testify to his lies. The Media had a field day attacking Rand Paul for attacking Fauci – America’s premier Doctor for the Corona Virus. Of course they did not want to admit out loud that Rand Paul himself is a Doctor. What has “science” to do with anything?

BUT none of the information that Rand Paul pointed out was unknown. Every single bit of it was well covered in the movie Plandemic: The Hidden Agenda Behind Covid-19 and Plandemic: Indoctornation – both released in May and August of 2020. And frankly neither of which presented anything newer than  what was being discussed at length on youtube, facebook, twitter, reddit and thousands of blogs all last year. The Problem was that whenever it was discussed, an avalanche of Fact Checking and resultant shadowbanning and deplatforming would follow.

Note that even today this media behavior has not stopped. Let’s apply the Google test. Go to google and then go to Duckduckgo and type: “Plandemic Movie”

Google’s response (in addition to 5 inches of local movie listing at the top to fool you into going to do something else other than finding out about the movie. The next 10, page 1 listings are all articles that fact check and debunk the Plandemic Movie – smearing it unmercifully with the title “CONSPIRACY THEORY.”

DuckDuckGo – 10 listings about the movie and where you can go to watch it. Including the Plandemic Movie websites. Hmmm. Isn’t that what a search engine is for?

So if you want to see these movies, please check out Duckduckgo.

Anyone who was paying the slightest bit of attention at the beginning of the Plandemic in early 2020 knew all this. And anyone who still sticks to the CDC party line also probably believes that China has only seen 5000 or less deaths from CoV1D. And that there must be a world-wide bat infestation . And the fact that it has taken this long to show proof that the people in power could absolutely not refute (they will be happy with ignoring it is my guess) is either embarrassing or dystopian.

Note that I could not post the video version for this song. It included clips from the movie Vision Quest. And this energy and the movie aren’t the same today.