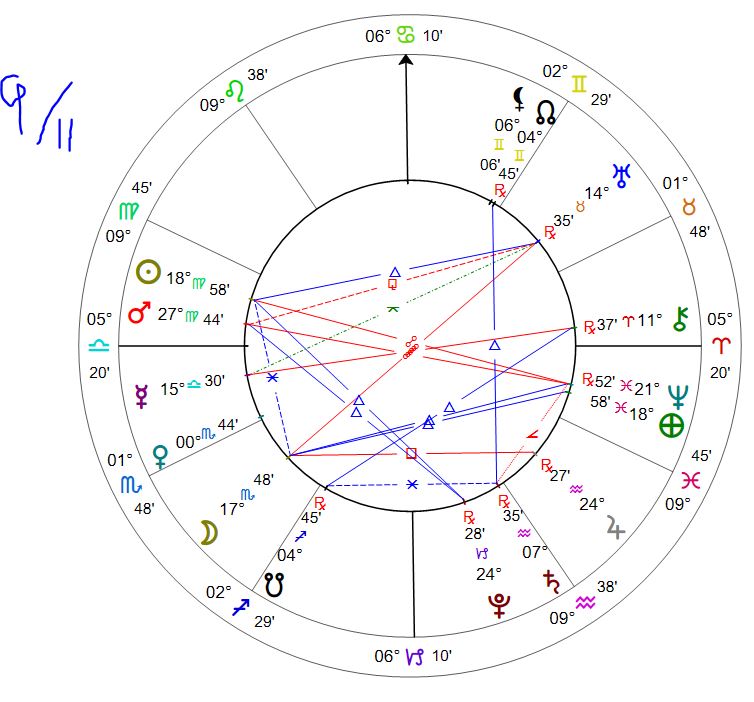 – Planting Calendar (from the Farmer’s Almanac) –  September 10th – 11th – Start seedbeds. Excellent time for planting aboveground crops that can be planted now, including leafy vegetables which will do well.

SUN– 20 VIRGO:  A caravan of cars headed for promised lands

EARTH – 20 PISCES: A table set for an evening meal

A look at the calendar and I found that the calendar people are calling today Patriot Day. That’s a little over-reachy if you ask me. I think most people are fine with just 9/11. The television is filled with remembrance shows – making us relive the terror of the moment.

I can’t help to think how much of a fine line they are walking. No doubt the DNC had other expectations for the story they could be telling. But the Taliban just would not cooperate with the comic-book Captain Biden story they were crafting.

Here we are 20 years later, trillions of dollars, Thousands of allied lives and completely unknown numbers of middle eastern lives. And in no different place than we were before the towers came down.

An interesting observation I just read from The Atlas Society:

Democracy is a superficial feature of free societies. It depends on a political culture in which people accept the outcome of elections, which depends on constitutional principles with which electoral parties must comply.  This in turn depends on the rule of law, an independent judiciary, and principles of individual rights. Democracy doesn’t work in a society based on tribal loyalties, strongmen, and corruption—which we never expunged.

This was written specifically about Afghanistan and the Middle East. It was the goal in Afghanistan to establish Democracy. But was that goal a realistic one that would establish the society that we expected? Two months of the US withdrawal from Afghanistan pretty much gives us the answer.

But the observation is even more interesting when you change its focus from the Middle East to our own shores. Ask yourself exactly how successful we look right now in light of this thought. As they exited the Constitutional Convention, Benjamin Franklin was asked what kind of government do we have? “A Republic,” he replied, “if you can keep it.”

Song of the Day – Bad Reputation

I have always felt that Joan Jett channels energes into her music that a whole lot of people were not feeling on their own. But once she taps it, we are all feeling it. It was the drums beat in this song that poked me today though.