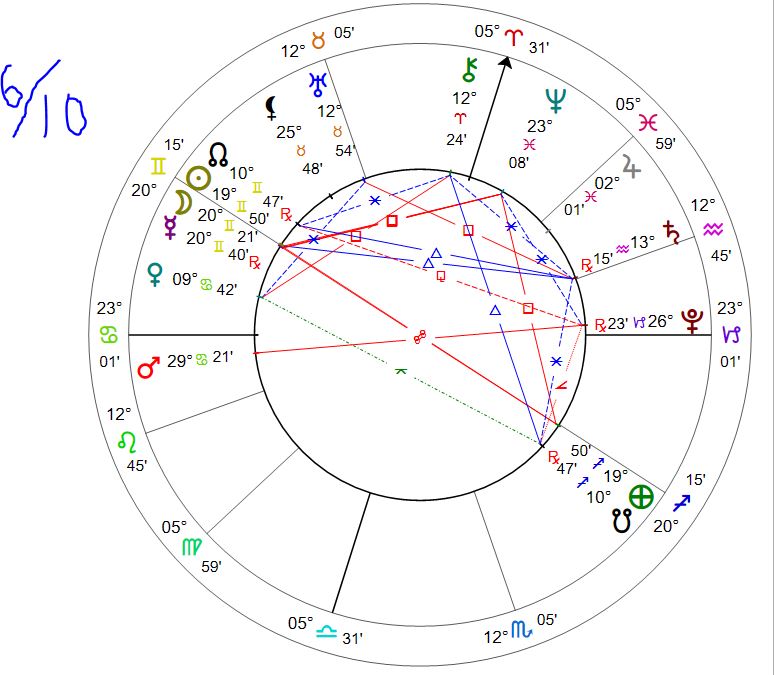 20 GEMINI: A cafeteria with an abundance of choices

20 SAGITTARIUS: In winter people cutting ice from a frozen pond for summer use

There was an eclipse this morning. I am including a picture because it was a cool event. I did not take the picture – credit is given beneath it. Thanks to them.

Astrology wise I know very little about the affects of eclipses, but note that it happened today. OracleReport says it is about things that are hidden. And specifically things hidden since the last annual eclipse (June 21, 2020). Now what exactly happened in the last year that might have been hidden??? Masks? Vaxes? Presidential Elections? Oh My!

My bigger interest is in the New Moon phase that began at 6:52 AM.

Sun/Moon – 20 Gemini – A cafeteria with an abundance of choices

And then going around the Zodiac starting in the first House:

Mars – 30 Cancer – a daughter of the American Revolution

(The past is enlightened and the Future is wide open)

Pluto (which is retrograde) 27 Capricorn – a mountain pilgrimage

Mercury (which is Retrograde) 21 Gemini – a tumultuous labor demonstration

In addition we have a planetary alignment of Venus, the Sun and Saturn. Tomorrow the following planets will also align Mars-Mercury-Saturn and Sun-Mercury-Earth. The geocentric alignments (with the earth involved) mean there is an energic effect. We pay attention to the others as they have gravitational effects upon the solar system and can cause earthquakes and volcanoes (especially with the New Moon. Hold on tight.

Also for today we are facing a long Void of Course – beginning at 1:38 PM and ending at 3:23 AM tomorrow morning. Add that energy to the Mercury retrograde and we have a time when . . . well . . . maybe we all should just take a break.

Have a great day! Set and intention for the month. We have a cafeteria full of choices in front of us!