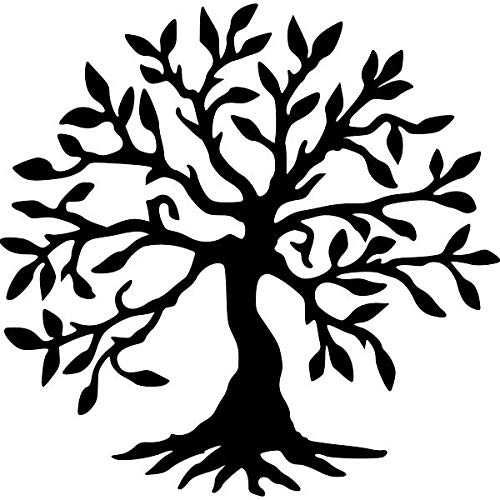 By: alfoss
In: Calendar 2020, Gardening
Tagged: planting, trees
With: 3 Comments

-Aspect of the Aeon Sophia (Wisdom)

-Aspect of the Aeon Thelete: (Will/Desire): Ian, God of the East, God of Wisdom

-Sabian Symbol for the Solar-Lunar Year: “A Triangle with Wings”

SUN: 07 ARIES – a man successfully expressing himself in two realms a once

EARTH: 07 LIBRA –  a woman feeding chickens and protecting them from the hawks

One day I am going to figure out how to make an appealing looking inline textbox for this information. This is basic daily information that I have been following through Oracle Report for years. And I want it to be part of these posts. But look a little different. So if there are any WordPress gurus out there with an idea, I would love to hear it.

Before I was considering all the political machinations with the Coronavirus and the World coming to an end, I had decided that I was strongly going to focus this year on my garden and what I do with it. If you have been following Astrogardens, you have seen 2 years of what I will call me entertaining myself with my garden.

But the Zombie Apocalypse that I have talked about in the past has come to fruition with the Global shutdown. People who consider themselves “preppers” are not being looked at as if they were tin foil hat nuts. Though it happened in the winter (when nothing is growing here in the Northeast), people are now seriously wondering why they do not have a pantry full of food stocked away and a seed vault for their garden planned for Spring.

And since we are locked in for the most part, it is a good time to plan.

And What about Trees?

I do not have a huge yard. But still there are 2 large trees on it. In Front, our street is lined with ancient Lindon trees. They are a showpiece feature of our block that is well known throughout our little Borough. Starting in about April, the trees will bloom and create a virtual tunnel for our entire block. It was even chose by the Giant food stores chain a few years back to shoot a commercial that features a marching band and parade. Made us look like true Americana.

In addition, I have a huge Mulberry tree covering much of the backyard. I have a love hate relationship with that tree. When it is full, there is no more beautiful share tree with birds, chipmunks and squirrels. jumping from branch to branch. It overhangs our back porch and we love the shade. BUT . . . during the month of June it is the messiest thing imaginable. You do not walk out back with bare feet. Squish. Squish. Squish.

We used to have a third big tree in our yard. I called it the Christmas Tree that someone planted to be cool after Chistmas . . . an lo and behold it grew. When we moved in our house, It was growing beside our Chimney and over-topped that by a good 5 feet. We loved it. It was beautiful But my neighbor HATED it. I believe the real reason he hated it was because it grew over a spot on his lawn and the sap killed all his grass. So for 10 years he constantly hinted about it. My favorite of his hints was that he believed that Squirrels were jumping from that tree onto his roof . . . or he was afraid that they might. He went so far as to complain to the borough that it was a nuisance. I will talk more about that little argument later. But suffice it to say, we finally were able to remove it at almost no cost to us. In the end, it was better. Because of that tree, we were unable to have our chimney swept, and thus could not have fires in our fireplace.

I bring up my trees because part of my plan for planting this year is to plant a tree. I just do not have any idea where to put it or what I want to plant.

The idea really took root for me last year after reading a meme on Facebook that said something to the effect that one way to combat climate change was to plant a bunch of trees. It was much more insightful than that, but I did not save it. But it made me set an intention. It will be a theme that you will see here a lot over the next few months. 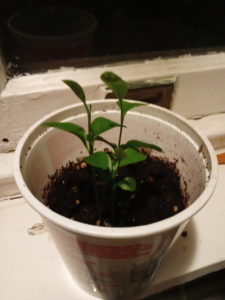 Another silly facebook meme I saw regarding trees was actually a DIY idea. It suggested that instead of throwing out lemon seeds (when you have fresh lemons that is) that you should throw them into some soil and turn them into house plants. Since I buy a lot of lemons (they go great in iced tea, which I make and drink at least 3 gallons of each week), I figured that it sounded like fun. So last December, I planted some.

The idea is that they are easy to care for and make a very fragrant house plant. They take 3-5 years to bear fruit, but are appealing in the meantime. So here is my first one. Since it was so easy, I am planning a doing a bunch of them. Maybe sell some, or give them away. Again, we are in the northeast. They will not last through a winter, so they will need to be potted. This will be fun.

Now this lemon tree exercise has been fun. It is a just microcosm in comparison to what it will be like to actually fulfill the idea of planting a lot of trees to save the world. And while this lofty goal sounds fun, but a little silly, I think it is something that should be pretty easy to do.

But is it? Have you ever planted a tree? Do you have any idea how to plant a tree?