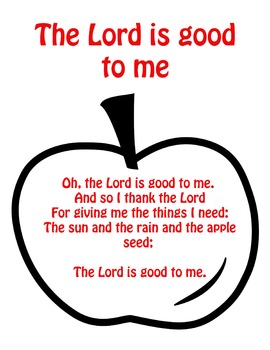 -Aspect of the Aeon Sophia (Wisdom)

-Aspect of the Aeon Thelete: (Will/Desire): Ian, God of the East, God of Wisdom

-Sabian Symbol for the Solar-Lunar Year: “A Triangle with Wings”

SUN: 08 ARIES – A woman’s hat with streamers blown by the east wind

EARTH: 08 LIBRA –  a blazing fireplace in a deserted home

Who would know where a post might take me. As I was talking about trees yesterday, the wise old man in the body of my 10 year old son spoke up.

“Dad. Can we plant an Apple Tree in our backyard.”

And with that, an idea takes seed. And reminds me of Johnny Appleseed.

Funny thing about Johnny Appleseed. Growing up in the 70’s we would get to see the Disney, Johnny Appleseed movie a couple times a year. This would be when our elementary school teacher would roll out the Movie projector and string up the reel to reel films from the District Library. For the teacher, it was a great way to pass the time. And just think about want the Religion censors would say about it today.

It was so much a part of our education growing up, I always figured every kid knew the story. I only realized in the mid to late 2010’s that it was not the case. A beloved story of my childhood and my own kids had never seen it. I was teaching a Sunday School lesson that touched on apples and I decided to use it in the class. We started with the movie (which I Found on YouTube) and then ate apples. By the end of Sunday School, not only my class of 8 year olds, but the entire Sunday School had sat and watched it (having the class sing “The Lord is Good to Me” was a good incentive).

A little bit of History. A little bit of religion. A very catchy song. Americana all wrapped up with a message about how one man made the world a better place by planting apple trees.

First: Space. How much space will an apple tree take? If you read yesterday’s article, you see that I am a little bit space deficient. Its going to have to take some creative planning and moving things around to make it fit.

Second: What kinds of apples do we want to grow. I would love Honeycrisp apples – some of the best tasting right now. But will they grow here in Eastern Pennsylvania? (My initial research says no. But there are a number others that are perfect)

Third: I need more than one. Not many apple trees are self pollinating. How am I going to find space for two trees.

Fourth: Where do I get the trees? Can I grow them from seed (my son Mikey was eating an apple and pulled out 2 seeds yesterday and asked me to plant them)? It turns out you can’t due to size and root grafting and some other add things.

Fifth: Since I need more than 1 tree and I do not have enough space, can I get one or more of my neighbors to plant one in their yard?

Sixth: Will the Tree gestapo of Wyomissing want to come in and tell me how to do it? Our little borough is designated Tree City USA – a special “honor” bestowed upon it by the Arbor Day Foundation (I will have more to say about that next month on about April 24, 2020 – Arbor Day).

This is going to be fun.