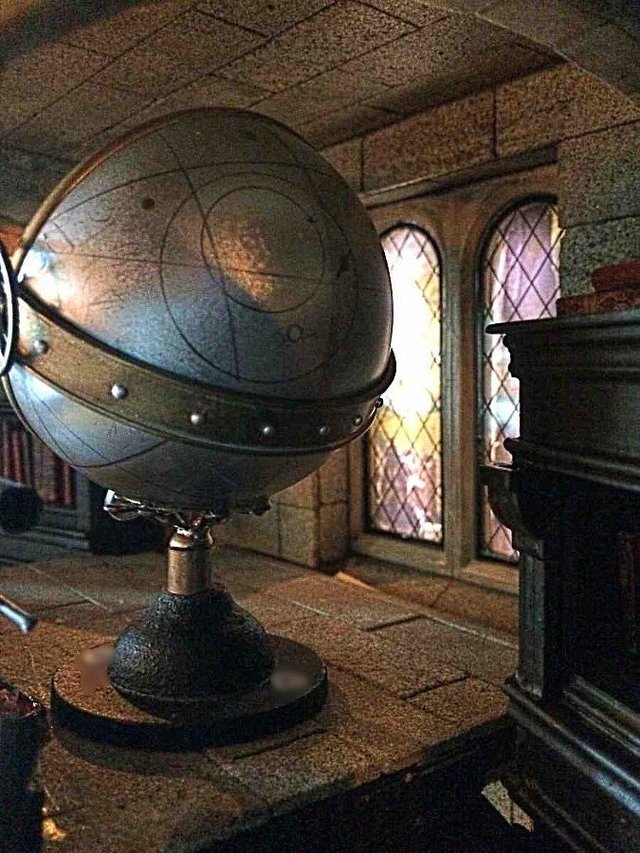 By: alfoss
In: Astrology, DADA
With: 2 Comments

In the Wizarding World of Harry Potter, Astrology Still Gets a Bum Rap.

You would think that in a world where people performed magic spells, and curses, there would be an open minded awareness of such arts as Astrology. But as you read through the series, you soon learn this is not the case.

This is a case where reading the books provides a more extensive view of the Wizarding World than if you only watched the movies. there is only so much you can cram into a 3 hour movie. Some details had to be erased. The case of Astrology and Astronomy are one example.

Astronomy, as a subject at Hogwart’s school, is addressed in a few of the books, starting with book 1 – The Sorcerer’s Stone. It’s one of the classes they attend (at night of course). They draw star charts and discuss planets. Its very much treated as any science would be in our own existence. And as a plot device, useful to set the scene. 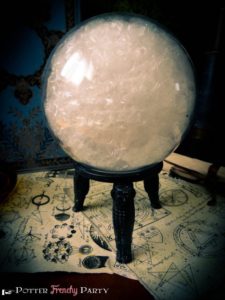 It is not until the 3rd book, Prisoner of Azkaban, where Astrology is introduced. And it is done with humor and derision. Movie watchers only saw Professor Trelawney – Half Blind, kinda crazy and prone to weird fits of insanity (we later find out to be prophesies.

Hermione Granger helps push the points about Trelawney home by referring to her as an old fraud and and calling the whole subject of Divination “a bunch of rubbish.” Her preference in subjects was for Arithmancy (dare we call it numerology)?

Truth be told, the books are not much kinder to her. Though they do discuss in much more detail some of the subjects that she teaches, including tea leaf reading, crystal balls and Astrology.

Knowing a little bit about astrology, the interplay about Astrology homework is actually very funny. But it points out a blatant disrespect for the subject.

Some Personal Notes on Astronomy and Astrology

In my freshman year in college, I decided to take an Astronomy class. As a business major, I was required to take a science with a lab. I had already studied both Chemistry and Biology in high school and was looking for something different.

And Astronomy sounded so cool. I could go on star gazing tours, go visit the observatory (Palomar Mountain was only about 30 miles away and the University had a partnership there). Learning about the planets and the solar system had more of an appeal to me than chemicals and dissections.

NOTE FOR FUTURE REFERENCE: I have never taken physics, so most of my simplistic descriptions of physics principles will be borrowed from someone else’s work who knows WTF they are talking about.

As my major would eventually change from Business to Economics (which is another applied mathematics, specifically statistics and calculus, field) the mode of learning fit right into my own mindset.

Now the Science of Astrology has been studied for a long time. So long, that most of what was learned in the past was either forgotten or has been ignored or suppressed by different groups trying to control the narrative (Think organized religion or the organized education, or governments).

These organizations, for their own purposes have sought to define our world on their terms – in order to control the thoughts of the populations at large. But as in a fair game of poker, the cards call themselves. Facts are presented. Hopefully people will not continue to keep these facts to themselves.

People in Babylon, Ancient Greece, Egypt, India, China, Scandinavia, Central, South and North America. Have actively studied what they saw in the sky. Each sought answers to the questions of their existence, and to discover what they could about the world around them. They would ask questions like:

Given that very little of what they knew can be figured out today due to lack of written records, we can only look at what they left for us and guess. And they have left us some pretty big hints:

The sophistication of what they built far exceeds our own estimation of their ability to understand things.

But Back to Astrology

I have wanted to gather, in one place, a comprehensive explanation many aspects of Astrology. I have been studying Astrology pretty closely for about 8 years. And while I have many books and know of many websites, it is still a challenge to answer what I feel are basic questions.

I feel that there are many others out there that may feel the same.

So while this is not exactly Defense Against the Dark Arts (until we get to sections on how the Archons and Illuminati Elites use astrology to time their attacks that is), it is important information. So I am opening a second “class.

Future articles will be headlined ASTRO101. It will be training as basic as it gets. As I have found. astrology can get pretty deep pretty fast. So I will be walking through subjects as slowly as it takes for me to be able to explain them.

More than likely, there will be fewer references to good old Harry Potter. But I promise to keep it fun.

Again, as with Defense, I am hoping that these will be interactive subjects for all to engage in.