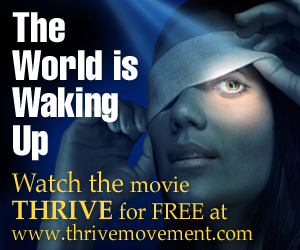 Voting with your Wallet – Part 2

Are we in the middle of a revolution now?

Has World War 3 already started? Will we (collectively) only know about it in 30 years when we read about it in  the neatly printed government text books from our government apartments outside the government work camps we are herded into each day?

Consider what the future looks like under a controlled economy. We have been lurching there throughout the past 10, 20, 30, 40 years. And we have been voting for it with the politicians we elect, through the companies we support who provide the products and service we want to buy.

For me it is the fear of these institutions and the revolutions they control – The mind control and social control – that have me acting to protect the little patch of earth that I can control. Where my family resides.

So in addition to growing my own food and preparing the best I can for the Zombie Apocalypse, what can we do live in it?

A few years back (November of 2011 – I looked it up), a movie was released that asked a lot of these question. The movie was called Thrive: What on Earth Will it Take. The point of the movie (it is a documentary that shockingly haha did not get nominated for academy awards like similar documentaries by Michael More or Albert Gore) was to question the control structures of this world economy. But it does not stop at identifying the problems. They go into detail about things you can do to move forward without these structures.

PRetty often I visit their site to remind me of some of those actions.  They have a Top Ten list, which I include here, to when your appetite. If you want to read more about them, go to the ThriveMovement website.

And as part of the theme of this post, items #3 and #4 (note if you go to the site, they will be #2 and #3 because they do not know how to number things there) discuss some very specific things you can do about what to do with your life and your money to support life where you live – in the way you want to live. Like with Banking, I bank with a local credit union. Not that I have much money, but I know that they will invest the money with local projects that support our community. No skyscrapers in New York. More like business loans for the businesses in our area.