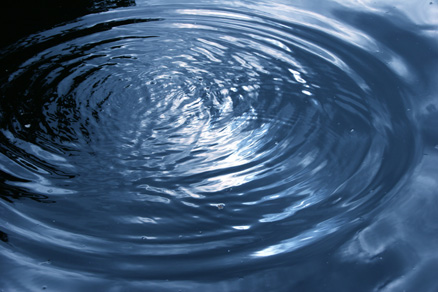 Voting with your Wallet – part 1

“Just as ripples spread out when a single pebble is dropped into water, the actions of individuals can have far-reaching effects.” – Dalai Lama 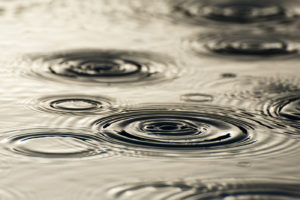 Sometimes you might wonder if your small actions can actually make a difference. Do the choices you make have an impact outside of yourself?

Consider, this morning, I made a pot of coffee and am drinking it in my dining room. I was out already this morning, and sometimes I will stop and get a cup of coffee at a coffee shop (Dunkin Donuts, Starbucks, Wawa or the local coffee shop Dosie Dough). But today, it was my own pot.

For me personally, I usually drink my own coffee. I brew it very strong and I like it that way. Also, the cost per cup is somewhere south of $.10 per cup. And I drink a lot. It is a choice I make. So consider yourself. How do you make this decision each morning (if you are a coffee drinker that is)? Not everyone is as cheap as I am.

So think of the options you may have. The local gas station. Its convenient. It is on the way to wherever you are going and you need gas. The coffee is passable. Dunkin Donuts. Usually convenient. Likely to taste the same each time. Pretty cheap. Lots of options if you like specialty drinks. McDonalds. See Dunkins. Starbucks. Strong coffee. Trendy. Expensive. The Local Option. A small restaurant you may have near your home or workplace. Convenient – maybe. Friendly – hopefully.

Each option comes with its own positives and negatives. And in the end, may have a negligible effect in the grand scheme of things. Who cares what coffee you drink or do not drink. But it is decisions like this that we might want to put a little more time and effort into considering as we go throughout the day. Can each of them make a difference? Is your choice of coffee like that pebble dropped into water?

Small choices and their meanings have taken a rather large part of the discussion in the National headlines this weekend. The case of the owner of The Red Hen, a small trendy restaurant in the Washington DC vicinity. The President’s press secretary, Sarah Sanders,  and her family visited the restaurant over the weekend, and were asked to leave by the owner because the owner did not want to serve someone connected to President Trump.

In itself, this was pretty inconsequential. The Press secretary had the grace to walk away and find another place to eat. And had it not been for social media, and one of the employees of The Red Hen bragging about it online – which quickly went viral, the event would have gone pretty much unnoticed. Just a business, refusing service to someone for their own reasons. But the viral nature of things has made that pebble of discourtesy seem more like The Rock of Gibraltar falling into the ocean. And the ripples will surely be felt for a while.

The actual act of refusing service and asking someone to leave should not be a consequence. No laws were broken. And from the report of the exchange from all people who reported it, from all political perspectives, though uncomfortable, did not cause much of an uproar or public scene. In our society, choices can be made. But before we make these choices, we should consider what the unintended consequences may be. Like the Tree that falls in the forest, did someone hear it? And what did they do as a result?

Did the owner of the Red Hen consider the effect of refusing service to President Trump’s Press Secretary. Could she possibly have imagined what the result of her decision would be? Did she consider that:

Few people would consider that a small decision in our daily life could have such far reaching effects. The owner and her employees felt that they had to refuse service, because they did not like Mrs. Sanders, and what she represents. Itself, a small decision. But as we see, the consequences are not.

While I could go on and on about the many effects in the whole world (and I would like to because I live for that), it is not relevant to the main purpose of this article. I brought it up because, from the beginning, I started this blog and my garden this year to make a difference. The difference I hoped to make was a small one in the Grand scheme of things. It was to transform my yard into a place where I could grow healthy food for my family and share the experience with others.

It is issues like the one we faced this weekend that assure me that we should be staying closer to home – especially when it comes to food. Who knows when someone might choose to do something malicious for whatever reason. And even if its not malice. I recall stories of high school friends telling about how they would clean (or not) their fast food stores. About how they had swatted flies and served them with food. I can only hope that these were mini urban legends. But I tend to believe otherwise.

Comedian Eddie Murphy performed a Stand-up comedy movie called Delirious. He told a story about eating at a Chinese food restaurant and how people often make fun of the accents. The joke came when the waiter went in back and says under his breath, “I maka special won ton soup for you.”

This is not a new. People have been horrible to each other throughout history. But we might hope that we have evolved just a bit. Since that is probably not the case, We should start be watching ourselves when in public.