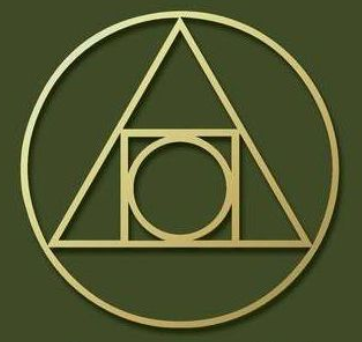 – Aspect of the Aeon Sophia: (Wisdom): – Shodashi– The Fierce One (Goddess of Beauty)

EARTH – 21 PISCES: a little white lamb, a child, and a Chinese servant

Defense Against the Dark Arts – Class is in Session

Part of fighting the good fight against the unknown is having a firm understanding of the past. And this is not the past taught in History books in government schools. This takes a little bit more. More research. More determiniation. More guts.

Uncovering this information is an opportunity to learn. But it is also the chance to find out things that may have been hidden. Please understand this. I am not a primary research historian. I have read and watched a lot of historical documentary informtion. And when it interests me, I dig deeper.

My interest today is in science. More specifically what constituted science back before there were “scientists.” Think of the early days where DaVinci was creating brillint artwork and designing the helicopter at the same time. Galileo was researching the Starts. Isaac Newton was “discovering” gravity. All pointing back to a time we call the Renaissance.

But where were they looking for research? It wasn;t Harvard or Yale or Oxford (well Newton was at Cambridge but who is counting).

Anyways, they did not have Basic Chemistry or Basic Biology or Basic Physics books. What they has was the Classicists (Aristotle, Plato, Socrates etc). They are part of the lost history. We know about them. We know of some of their writings. But not a whole lot after that.

And what is it that they believed? What principles did they follow? I would like to uncover some of them and open a discussion about them. So we will start with Hermes

Hermeticism is a tradition that dates back to 1st and 2nd centuries AD (you know, Just after Jesus where the only real historiacal accounts we have are religious texts (Bible).

It is one of the oldest non-Christian belief systems that is still known today. The major teachings associated with Hermeticism were preserved. They can be found in Byzantine collections of writings and letters called the Corpus Hermetica, where the key tenets of this world view are explained. Of course they are like Ancient Greek, but who is stopping you from reading that?

Actually, a lot of them were translated into Latin during the 15th century (the Renaissance, you know) . They’re widely thought to have inspired and influenced a great many philosophers and artists during this time.

Their modern popularity derives from the Freemasons, who rediscovered the Hermetic Principles and spread their wisdom. One of the main reasons why Hermeticism has endured is that it “explains” the basic fabric of reality in a timeless, elegant way. They speak to questions that our species has posed since its infancy. It outlines the interconnectedness of every part of our Universe and underlining our unique power to create positive change.

In addition, the doctrines of Hermeticism are compatible with much of modern science. Plus, these laws of the universe can be seamlessly integrated into a wide range of different religions (as well as being compatible with atheistic perspectives).

Now remember, this is based off translations from 500 years ago from Greek to latin to English or France. There could be no chance things were lost in translation???? Look at 5 different translations of the Christian Bible today and ask yourself that question again.

Well anyways, the 7 principles were written into a book called The Kybalion written by some shadowy people named by Hermes Trismegistus & The Three Initiates. Not much is known past that. I would have my hands on this book right now, except its about $20 and the beginning of school has been brutal on the budget.

The principle of mentalism.

“The All is Mind; the Universe is Mental.” —The Kybalion

The principle of correspondence.

“As above, so below; as below, so above.” —The Kybalion

The principle of vibration.

The principle of polarity.

“Everything is dual; everything has poles; everything has its pair of opposites; like and unlike are the same; opposites are identical in nature but different in degree; extremes meet; all truths are but half-truths; all paradoxes may be reconciled.” —The Kybalion

The principle of rhythm.

The principle of cause and effect.

“Every cause has its effect; every effect has its cause; everything happens according to law; chance is but a name for law not recognized; there are many planes of causation, but nothing escapes the law.” —The Kybalion

The principle of gender.

“Gender is in everything; everything has its masculine and feminine principles; gender manifests on all planes.” —The Kybalion

So part one of this lesson is to start to wrap you heads around these Principles or Laws. If you are anything like me, these are not new. I have seen them before, if just not in the same order or context.

Next I will introduce you to more of the source material for these (You know, the 12 Universal Laws of the Universe).