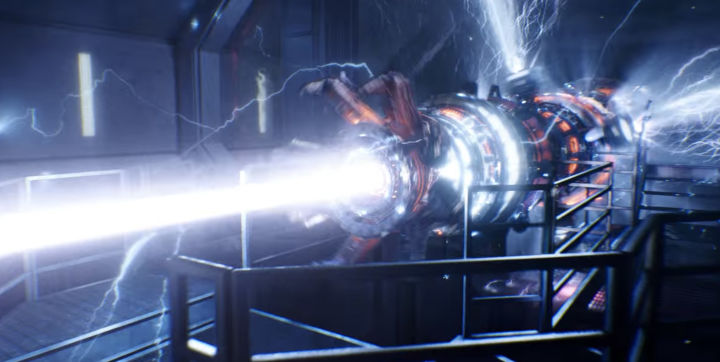 – Aspect of the Aeon Sophia: (Wisdom): – Bhairavi – The Fierce One (Goddess Who Fortifies the Heart)

– Sabian Symbol for the Solar-Lunar Month – New Moon in Cancer  SUN: “an old-fashioned conservative woman is confronted by an up to date girl ” (& EARTH:  a masked figure performs ritualistic acts in a mystery plays )

SUN – 07 LEO: the constellations of stars in the sky

EARTH – 07 AQUARIUS: a child born out of an eggshell

Fact check: Scientists at CERN are not opening a ‘portal to hell’

Yes this is a headline from USAToday. And if you go an look at this “story” you may be lucky enough to see the same picture I saw. It it an AP Photo of a boat in the water (looks like a screenshot from TV) with text stating “NY Launched Shark Patrols.” The the caption beneath it talks about flooding in Kentucky. Wow it looks like Pulitzer Prize winning work here.

And the article is even more fun. It is like the Student’s Weekly Reader version of why you should not believe the conspiracies about CERN opening portals to hell. It is written in perfect “Bill Nye the Science Guy” english so all the boys and girls reding USAToday will understand.

Let’s face it. I do not know that anyone actually reads the USAToday Newspaper anymore. It used to be the newspaper they would slip underneath your door in hotels or you could get at Airports. I used to travel for business and those were the only places I ever saw it.

As far as CERN and its affect upon our life here on Earth, it remains to be seen. Believe what you want. Only space-time will tell.

The Ministry of Truth

The governmental left have been furiously rewriting history on Wikipedia in order to be sure that people trying to find out what the right definition of Recession will find it. As reported on breitbart.com:

An edit war broke out on Wikipedia this week over the definition of “recession,” as the Biden administration and the corporate media take the unprecedented step of denying the U.S. is in recession even after two consecutive quarters of negative growth. More than 70 edits to the page about recessions were made before the site locked the entry preventing further changes. The edits successfully de-emphasize the broad consensus definition of recession — two consecutive quarters of negative GDP growth — instead parroting the Biden Administration’s talking points.

Now if that doesn’t take you back 38 years, I do not know what does?

Muḥarram (Arabic: ٱلْمُحَرَّم) is the first month of the Islamic calendar. It is one of the four sacred months of the year when warfare is forbidden. It is held to be the second holiest month after Ramadan. The tenth day of Muharram is known as Ashura. (Wikipedia)