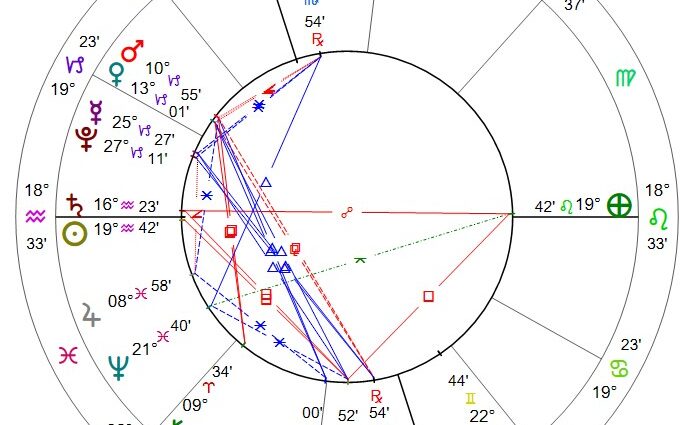 – Aspect of the Aeon Sophia: (Wisdom): Matangi, The Goddess of Soft Breezes

SUN – 17 AQUARIUS: a watchdog standing guard protecting his master and his possessions

EARTH – 18 AQUARIUS: a man being unmasked at a masquerade

Happy Monday! You can never tell what type of impact you may make on another’s life by your actions or lack of actions. Some times just with a smile on the street to a passing stranger can make a difference we could never imagine. – Ed Foreman

Last week, Ed Foreman passed away. He was 88 years old.

He was a powerful public speaker. Back in the 60’s, he was elected to the United States Congress twice. In 2 different states. As a Republican in heavily democrat districts (Texas and New Mexico). He was a self made millionaire through businesses he developed in the Gas industry.

For the last 10 years or so, I have considered him one of my mentors. Now understand this. I have never met him face to face. I have never attending one of his seminars. But I listened to many of his presentations on audio.

“How to Have a Great Day Every Day” was one of my favorites. If you have a couple hours, here it is. I used to have this and other recordings on an MP3 player that I would play in the car. I was doing a lot of driving at the time and it was an uplifting and positive way to pass the time.

As for the kind of advice he gives, you can figure it from some of the more well known soundbite type quotes he is know for?

“Winners are those people who make a habit of doing the things losers are uncomfortable doing.” ~ Ed Foreman

“You can have a Great Day, or a Lousy Day; it’s totally up to you.” ~ Ed Foreman

“Winners develop the habit of doing the thing losers don’t like to do.” ~ Ed Foreman

These do not quite make the Happy Monday list. Those need to stay all in the positive, and these kind of bite back. Sometimes that is what you need to move forward. A swift kick in the butt.

But the longer quote I chose says so much. I often think about it while I am out in public. And living in Eastern Pennsylvania – especially where we live. When I moved here, I just thought it was the weather.

People seemed miserable all the time. I moved from Southern California and my first winter was a pretty big shock. By the following summer I realized it was just how the people were. Were they miserable? Probably now that I have lived among them. But not necessarily. I think it is more that they are so guarded against what they do not know, they close themselves off.

I began smiling a people randomly on the street. Thanking people who I had random encounters with. I will admit that a majority of the people I did this to looked at me like I had horns on my head. But then there are the people that smile back. I like to believe that those smiles, when received by someone who needed them, made a difference. Made that second or two just a little bit better.

I think I will be listening to Ed again today

And About That Masquerade

I did hear another quote that was worthy of paying attention to. It was on the Suspicious0bservers daily report over the weekend. And it spoke directly to the denizens of Mainstream Science – you know those same people that you hear quoted by people who want to virtue signal to whatever they are pushing that day.

They recommend you ignore data and reality and just focus only on models. That’s how we got dark matter, human caused global warming, C0v1d mandates and lockdowns and the idea that not having an ID to vote is a good thing. – Ben Davidson

Note that the first sentence is a direct quote from a “scientific” paper about Crustal Displacement. If you “follow the science” about global warming, over the last 50 years, the climate has DECREASED in temperature. No matter how much Carbon they are theorizing will cause the planet to warm like a greenhouse. But The earth is still cooling.

If you missed it, the daily report was for Sunday. Catch it here. So far, they have not been kicked off of Youtube for discussing controversial topics.