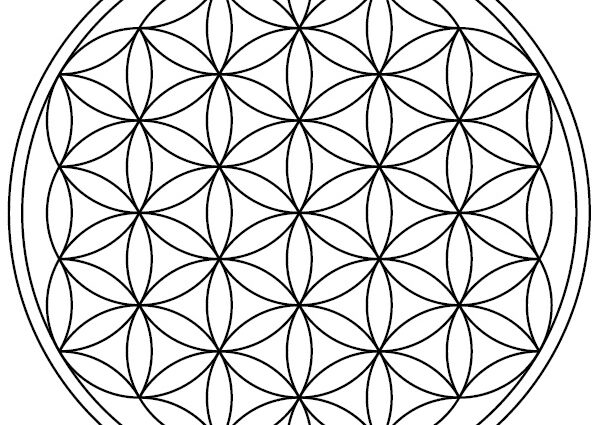 – Planting Calendar (from the Farmer’s Almanac) –  January 5th – 7th – Extra good for peppers, tomatoes, peas and other vine crops. Fine for planting any aboveground crop where the climate permits.

– Sabian Symbol for the Solar-Lunar Month – New Moon in Capricorn: “a fire worshipper meditates on the ultimate reality of existence” (& “one hand slightly flexed with a very prominent thumb”)

SUN – 17 CAPRICORN: a girl surreptitiously bathing in the nude

EARTH – 17 CANCER: the seed grows into knowledge and life

It’s January 6th and the Cabal is staging an event. For them, it is a celebration of sorts. A time when they can stir the pot with a whole lot of their own narratives. Their own version of the events a year ago when a crowd of fools stormed the Capitol building to support the efforts of people to challenge the Coronation of Joe Biden

We have a sham court of fools and an even shammier court of public opinion that they are trying to stage just so.

And remember the lesson of the Shiny Penny. They want you to focus on the small picture here. You see crowds of people. You see the crazy man with horns and face paint that they will call over and over again the QANON SHAMMAN.

They rolled Merrick Garland out of mothballs. He had been closeted away since last fall when he was caught lying to congress on National TV (THEY sure dropped that news cycle fast). Now he’s back making threats to anyone in the former Trump administration who might be connected to last year’s “insurrection” saying that his office will be prosecuting.

Every channel has to show Liz Cheney leading the Bush-Cheney turn-coating of the Patriot movement. Still butthurt over Jeb getting trounced I guess. And the loss of all that power. But whose keeping score.

Nancy and Chuck were planning a Memorial Celebration Ceremony recalling the horrors of that day (and who they say planned it). The Lamestream Media sent all their best to Washington to interview any available Democrat. Chuck Shumer magically showed up on the steps of the Capitol building to express his horror 1 year later and to push for his version of “federal voter reform” – let’s forget that the 10th Amendment says that this is the responsibility of the states and also forget that his version SPECIFICALLY DOES NOT require voter ID.

What they are hiding behind their back?

But keep looking at that Shiny QANON Shaman Penny.

There is a very logical reason that the Democrats and political left is standing on its soapbox and screaming like nutty leftists pretending to be patriots. They tore this page directly from the Cultural Left’s Playbook in the Entertainment industry. How else do you take control? You CANCEL the opposition.

In Entertainment and pop culture it seems a little bit easier than in politics. If someone in the public eye strays away from the norms of the Cultural Zeitgeist, a concerted effort is made to cancel them.

Example 1: budding A list star develops a heroin addiction and is caught on camera having sex with a dog in an alley. Well of course they are going to hide the footage in a deep vault. But then they will ship them off somewhere (like Canada to make Hallmark movies) and banish them into obscurity.

Example 2: Starlet chooses not follow the politics of the Left, they no longer get jobs. They have pictures published with them looking fat or drunk with food slopping down their cheek. It is either they are frozen out or they are made to look bad.

BUT . . . the rules for Politics had to change from Entertainment. Why? Because politicians are already known for being sleazy scumbags. And other than public sexual deviance or kicking a dog, there is little that will stick to the to cancel.

The Democrats/Left/Cabal believe/hope they have hitched their horse to a new form of Cancel Culture in Politics. They have taken the event of January 6, 2021 and have attempted to turn it into a form of political Kryptonite. Why not. they needed something. The question is whether any of it will have the gravitas to make it believable to any portion of the population. They have a perfectly written speech that has been repeated over and over and over again all across Washington.

And their minions in the media have been sure to offer them close to billion dollars in free advertising for their cause with Special Reports, interviews with anyone who would talk and clip after clip after clip of the QANON Shaman.

The Kabuki Theater of the Democrats has seen no stupider display of idiocy. But give them a hot second. They will try. They have so much to lose in this years midterm elections. They have to come up with some kind of plan. Because the BS they are offering at the ballot box is sending us down the tubes.

The Seed of Life

Now back to a little bit of Astrology for the day. I invite you all to look back at the chart for the day. Start by focusing on the Earth (and for anyone who does not know, it is that little green circle with a cross through it. On the chart, it is right about at the 3:00 position at 17 degrees of Cancer – with the Sabian Symbol ” the seed grows into knowledge and life.”

But frankly, it is not hard to find. So many lines are pointing directly to it. These indicate aspects to different planets: South Node, Mars, Sun, Venus, Jupiter, Neptune. For chart readers it is a very obvious point to look at and see that the aspects mean. In the end, it points to the Sabian Symbol.

For homework, I ask you to search out what some of these aspects mean. Look up the related Sabian Symbols.

For the Cliff notes version, focus on the Seed of Life.

The Sun is shining to get rid of restraints and limitations. The Earth is discharging the Sabian symbol of “the seed grows into knowledge and life,” and the Truth of This Day will develop and flower. Uranus is sprinkling flowers all month long. Every time you hear the lie, envision the lie falling, and send a mental flower over to the truth.