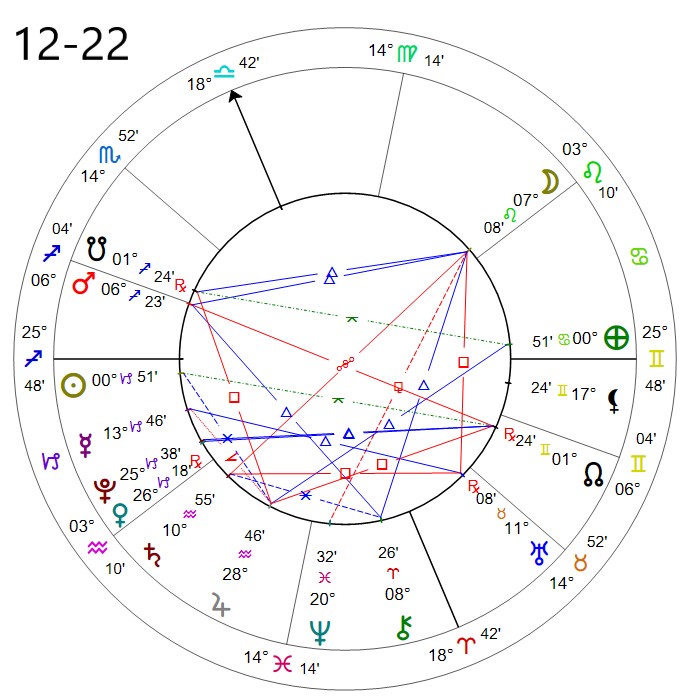 EARTH– 01 CANCER: on a ship the sailors lower an old flag and raise a new one

Peace in the Ordinary

Peace is one of those super charged words. It means so many different things to so many different people. On the surface it is a completely positive word. Who can argue with a word that personifies bliss among everyone.

That is, until you look into the hearts and the souls of the person using it. And ask, what are they really trying to say.

Take for example a popularized statement made in the Christmas song by John Lennon Happy Christmas. Lest we not forget the parentheses following the song title “War is over.” The song ends with horrific droning of Yoko Ono in the background:

“All we are saying is give peace a chance.”

In the end, these types of displays of the word “peace” are more like passive aggressive attacks. Who can argue  against the idea of preferring war to peace. No one wants to be at war. NO ONE.

Well . . . except maybe Raytheon or Northrup or Lockheed Martin or any of the other members of the military industrial complex. There is a whole industry in war.

But while this crazy industry is always there to supply those in need of blowing each other up. You really have to go much deeper. It more resides the the hopes and desires of the leaders. Is it Money? Power? Control? Sheer megalomania insanity?

I think that finding peace, in the end, starts from within. And spreading that peace to each other. Finding pockets of humanity where peace can exist. Places where you can feel it.

I Found Peace This Morning

I found Peace this morning in the midst of it all. And it was unexpected and welcome experience.

It started while getting the kids ready for school. I received an Urgent text from our 18 year old. She arrived at school and realized she had forgotten her iPad and needed it delivered.

This is were the stressful issues begin. She had the car at school. I would have to walk it down. Yes it is only about six blocks, but my arthritic knees have not been agreeing with the change of season. And six blocks downhill is still six blocks. Also, our 7yo had to be fed, medicated and on the bus within the next half hour.

As luck would have it, the “urgent” text could wait about an hour. So all the work at home could be completed.

I trekked down to the school through the 35 degree morning. Winter has come here on the East Coast. Not horrible by any stretch of the imagination. Just crisp. I arrived at the school in time to meet 2 of my children in the lobby. Timing could not have been better.

The hike back home is when Peace revealed itself. 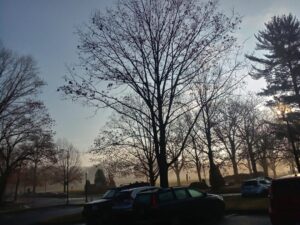 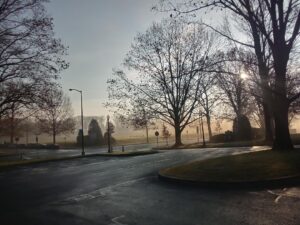 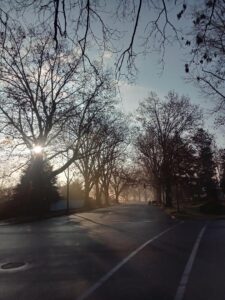 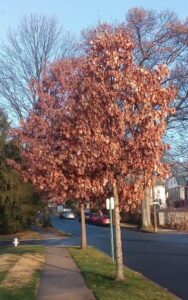 Beauty is found in some of the most of places. Places we see every day that might not always reveal itself. But this morning. The cool crisp air met enough humidity to give us a layer of fog. The sunrise gleaming through the haze made the world magical. Seeing nature in the midst of the sleep of winter. The Pin Oaks that keep their dead leaves throughout the winter. A reminder of what will come in about 4 months.

It was Peace that I experienced on that 20 minute walk through the neighborhood. And if only for 20 minutes, they will stay with me for a long time.