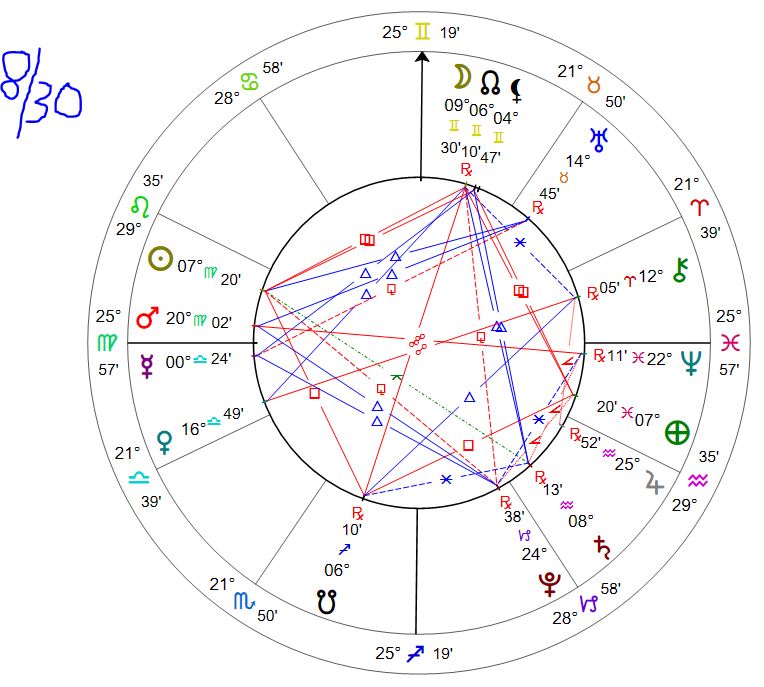 – Sabian Symbol for the Solar-Lunar Month – New Moon in Leo: “A volunteer church choir makes a social event of rehearsal” (& “A watchdog standing guard protecting his master and his possessions”)

Happy Monday! Happiness is a gift and the trick is not to expect it, but to delight in it when it comes. ~Dickens

And Happy Janmashtami to all! For all you westerners, this is a Hindu Holiday celebrating the birth of Krishna. I think its important to pay attention to these observances. Not just as a way of honoring and understanding practicing Hinduism. The population of India is 1.366 Billion and google estimates and 79.8% of them practice Hinduism, means that approximately 14% of the population of the Earth recognized this holiday. It is one of those many religious holidays that floats around the calendar (think like Easter not ever being on the same day each year – note to Christians. This is due to lunar phases.).

So what is the celebration all about? Per wikipedia:

It is an important festival, particularly in the Vaishnavism tradition of Hinduism. Dance-drama enactments of the life of Krishna according to the Bhagavata Purana (such as Rasa lila or Krishna Lila), devotional singing through the midnight when Krishna was born, fasting (upavasa), a night vigil (Ratri Jagaran), and a festival (Mahotsav) on the following day are a part of the Janmashtami celebrations.

So. Traditions celebrated and people eat together. Where I think its important is that whenever large groups of people get together, their collective energy affects us all. How it affects us? I do not know. But it’s best to pay attention. And I thank all my friends on Facebook who happen to be in India for letting me know.