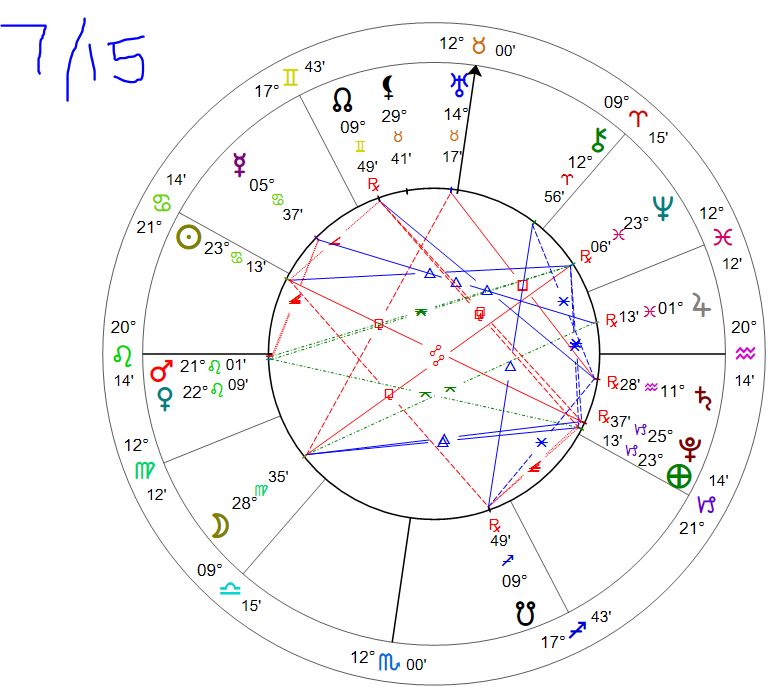 SUN – 24 CANCER: A woman and two men castaways on a small island of the south seas

This week I started the Literary Society. Rather call it more like a Book Club. I suggested that you look up Ryan Westfield’s EMP series – with the first book, Getting Out. When I read it the first time a couple years ago, it was just an ebook. Now it is available in paperback and as an audiobook.

This book series is instructive in the realm of prepping – and what you will need to do when the shit hits the fan.

Yesterday’s Sabian Symbol for the Sun at 23 CANCER was “The meeting of literary society.”  I do not know if there is a similar Sabian Symbol for binge watching, but I have a suggestion for people wanting “real life advice” for bugging out in an emergency. Start binge-watching The Walking Dead.

How can you go wrong. Guy wakes up in a deserted hospital where he finds . . . zombies. And no people.

11 years later, The Walking Dead still is going strong. But the early seasons put you right in the middle of the shit hitting the fan!

I know it is available through Comast, so it should not be hard to find elsewhere.

A recurring theme/issue we see in disaster/holocaust type stories is that despite the horrors of the event, the problem is with The People. What will other people do when the Shit Hits the Fan?

How do we know that we have the mental toughness to deal with a life changing event. Look back at your own life and consider: Have you lost someone close to you (Someone died). Have you been in a bad accident? Have you been attacked or mugged?

These are questions you need to ask yourself. And then look back and see how you handled the situation. Would you be able to process and think immediately after one of these events? I have been in multiple car accidents – from fender benders to full-blown airbags-deployed crashes. And after they happened, I do not know if I would be in the mental state of mind to move forward and save myself and my family.

Take another example from the entertainment industry. The case of an Officer-involved shooting. Television and movies portray law enforcement officers chasing and shooting suspects all over the city. Then going out for a beer at the local cop bar with they guys and girls afterwards.

Last time I checked, every officer in real life involved in a shooting is put on desk duty for weeks or months and it is in conjunction with required therapy.

Pay attention to these movies and TV shows that you may watch. Consider the mental capacity of a lot of the characters we see each week.

I grew up on a street where there were 4 cops and 1 fire chief. From my experience, these fathers were the most stern and angry parents on the block. You did not want to go to the houses of the kids with Cop Dads when they were home. Dark. Quiet. Moody. You did not pull Ding Dong ditch on these houses.

I bring this up to consider what the state of mind people will be in when The Shit Hits the Fan. People will be scared. They will be frightened. Shellshocked. Confused. And what is a person like that going to do when faced with having to make a decision?

Part of the process of prepping, in addition to having all the right supplies, tools, weapons, etc., we must also be preparing ourselves for how we will handle what is going it. Things will be shocking. Do you have the mental toughness to get through it and move forward?

Consider this for yourself. Do an assessment, thinking about what you have done in the past. Do you have experiences in your life that have prepared you for one of these events? And if not, what will you do to prepare yourself for it?