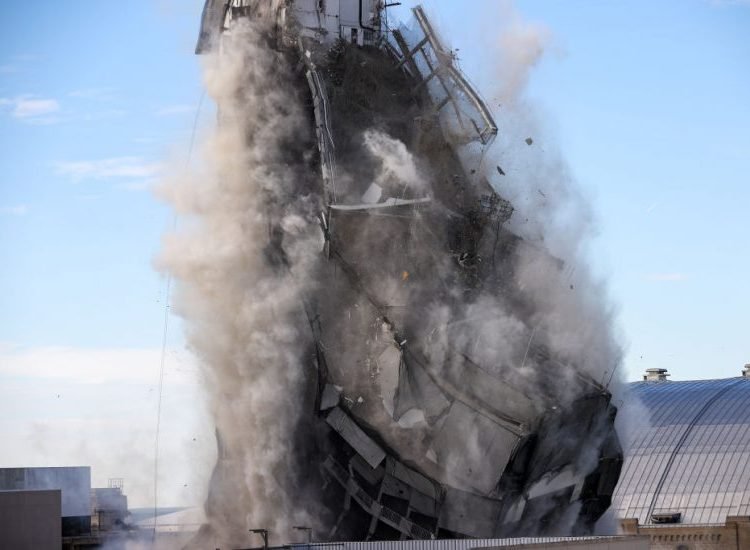 By: alfoss
In: Uncategorized
Tagged: casino, explosion, trump
With: 3 Comments

“Donald Trump’s former hotel and casino in Atlantic City is set to be demolished on Wednesday, February 17, with the implosion live streaming across a number of platforms online.”

This was the byline from the story on MSN.com in regard to the Trump Hotel and Casino in Atlantic City that was set to torn down by implosion on Wednesday February 17th.

WHY IS THIS NATIONAL NEWS???

Please stand by and humor me for a few minutes while I explain. And then set forward a whole bunch of new questions for you to ask about the soul of our nation, our media and the world at large.

And I say it is National News because . . . it is. Our house has CBS news on pretty much all the time. They announced it all morning leading up to the “event.” In fact, they had announcements throughout the weekend as well as on their National “News-Magazine” program The Early show with Gail King (Opera’s best friend and Wildly woke Democrat).

They then had the dramatic “Breaking News” banner and music going when they switched out to it, preempting the exciting and woke Drew Barrymore show. And for 10 minutes showed the live implosion.

That was one channel. It was on all of them, plus being livestreamed all over the internet.

And did you realize (remember) that the mayor of Atlantic City had actually tried to auction off the “privilege” of pushing the button to blow up the building.

BECAUSE IT WAS NAMED TRUMP

Now blowing up buildings is an art form. How do you actually implode a building to destroy it quickly and cause no damage to surrounding buildings? It takes a lot of engineering and some serious explosives experts.

And it looks really cool to see it all falling down.

But the interest in this implosion is due to 1 factor.

Let’s Face it. Hating Trump is an industry nowadays. And its so much more than an historic second petty impeachment within a year! The impeachment was just the rotten whipped cream on top of a Turd sundae brought to you by the American Left.

And since we are here, let’s go through a short (haha) list of some of the shit-spaghetti that they have thrown against the wall over the past 5 years waiting to see if it would stick to him:

Sexist,Misogynist – From the “Grab em by the pussy” Hot Mike comment made to Billy Bush

Lying, Cheating Scumbag – Marla Maples, then Melania – If you read the Tabloids there are probably lots more.

Financial Failure – 5 years trying to obtain his tax records to prove it.

Treasonous Cheater – Remember the Steele Dossier, The Trump Russia affair that was completely debunked after over $30 million investigation

Pervert/Racist – Remember the Steele Dossier claiming that he had Russian Hookers Pee on a bed he thought BHO had slept in.

They have done EVERYTHING in their power to debase, degrade and defame Donald Trump in as out loud and public a way as possible. 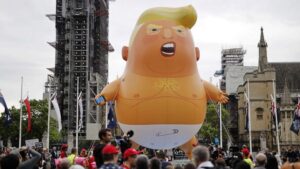 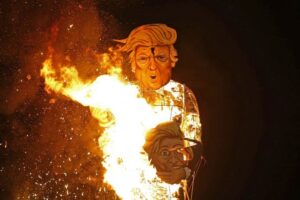 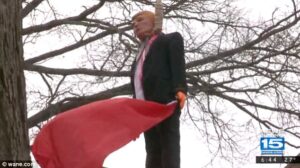 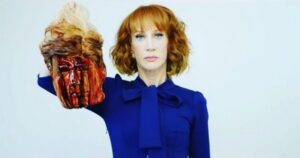 There was no bottom of the low that they could or would go.

So Blowing up Trump

I see the blowing up of the Trump Casino as simply another level of how the mainstream can show contempt for the name of Trump.

Did they tell the story of why this casino failed? Why pretty much all of the Casino industry in Atlantic City has failed?

The economic ending of Atlantic City is all pretty simple.

FIRST – Other states Legalized gambling. Previously you could only legally gamble in Atlantic City and Las Vegas. So people would make pilgrimages to Atlantic City. New York, Pennsylvania, Ohio, Virginia, Maryland. Busses and cars would stream in for weekday and weekend specials all year round. When Pennsylvania legalized casinos and slot machines, why make the 2 hour trip? Huge amounts of money were no longer streaming into the New Jersey shore.

SECOND – The 2008-2016 Recession. Nobody had money to spend on entertainment.

A recession is a recession. But no one expected the Bush crash to be 9 years where people were under employed, prices were out of this world and people had no money. 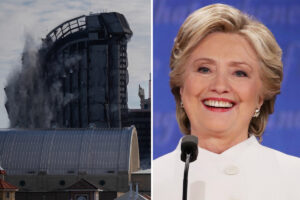 By 2009 Trump’s casino holdings were all bankrupt. The casinos were sold to other people and entities. But retained the Trump name – which itself held value.

Fast forward to now. The only part of this casino that has anything to do with Donald Trump is the name on the side of the building.

One of the few “honest” portrayals of the story was in the UK – in The Sun. They depicted the exploding building next to a picture or Hilary Clinton and headlined how she was gloating over it.

Why Pay Attention to This?

This is one of many examples of Public bias that we are facing here in the US. The bias is NOT ORGANIC. It is 100% manufactured. This is part of the ongoing campaign to manipulate opinion.

It began when Trump won the election in 2016. The entire establishment sought ways to take him down. And when they could not attack his record in office, it had to go personal.

And this would never work if it was being done by a simple political faction. It was not just the Democrats. It was the entire left and all their allies.

By looking at this one story, you can begin to see how deep the cesspool goes. Keep asking why and follow the people involved. I will be.