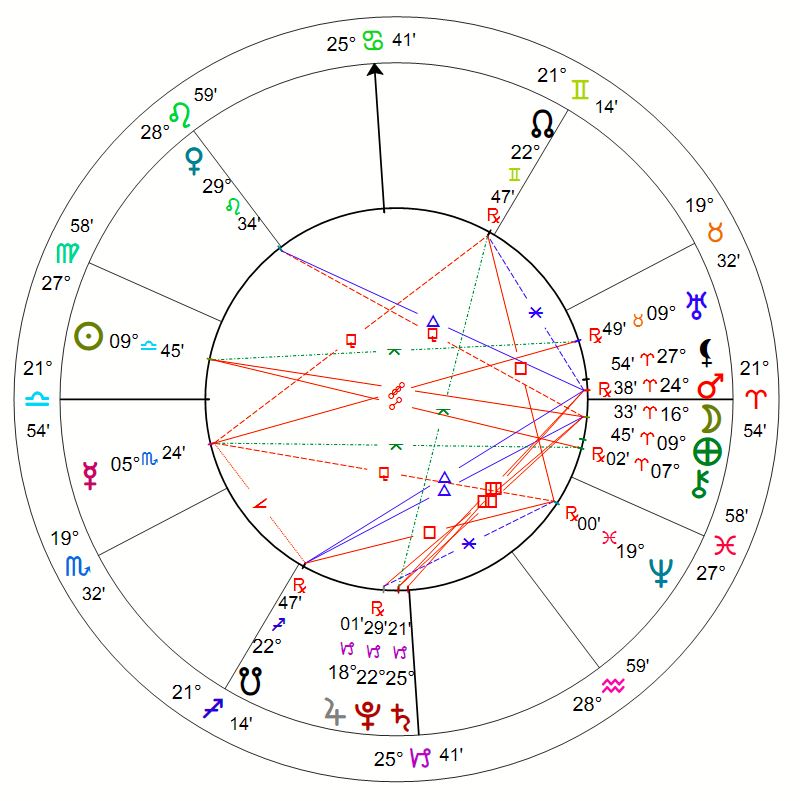 Today I am reminded of the reason we pay attention to the planetary transits that happen throughout the year. I mentioned back when I published the Virgo New Moon Calendar Download It Here  that I have three of my planetary transits this lunar month. And today for me is Saturn Day – or in my words, Bitch-Slap day. Add to that, The Black Moon in Conjunct the moon . . . in Aries (my natal Black Moon). Just a lot of heavy energy.

On the days of the year that your Saturn is activated, typically one can expect: hyper-criticism of self and others, feelings of failing in one’s responsibilities, potential health concerns, feeling that one does not “measure up,” issues with one’s work, heightened control issues (trying to control the uncontrollable through organizing and ordering), feeling burdened, and feeling judged.

Enough of the primordial stew of my chart.

And Now Back to Our Regularly Scheduled Programming . . .

Continuing on the tirade I started yesterday about the Kafkatrap. I want to explore some other linguistic programming that is pervasive in our world today. So, from the article I cited yesterday, here is DOUBLESPEAK.

Doublespeak is ambiguous language used to deceive and mislead you. It is the exact opposite of plain speaking.

Doublespeak is commonly used throughout the corporate world, in banking and finance, the legal system (“legalese”), the military, and of course by politicians to avoid answering questions without directly stating that they’re ignoring the question.

Doublespeak is used by politicians and the military to make war sound less gruesome:

“I reminded the soldiers and their families that the war in Iraq is really about peace.” – US President George W. Bush, April 2003

In 2014 Israeli military commanders used Doublespeak when they described the massacre of 2,100 Palestinians, most of whom were civilians (including 500 children), in Gaza as “mowing the lawn”.

The four main categories of Doublespeak

There are four main categories of Doublespeak:

e.g. “It is a tricky problem to find the particular calibration in timing that would be appropriate to stem the acceleration in risk premiums created by falling incomes without prematurely aborting the decline in the inflation-generated risk premiums.” – Alan Greenspan, former Federal Reserve Board Chairman

The problem with Doublespeak as author William Lutz quite rightly points out:

“All who use language should be concerned whether statements and facts agree, whether language is, in Orwell’s words, “largely the defense of the indefensible” and whether language “is designed to make lies sound truthful and murder respectable, and to give an appearance of solidity to pure wind.”

“Clear language is essential so that both parties understand what they are agreeing to. In any contract that you enter into, you have to understand what your obligations and rights are under the terms of that contract.”

“If a company writes a contract in such a way that consumers think they understand what their obligations are, but in reality don’t, they may agree to something they don’t understood, and ultimately cannot fulfill. When companies use anything other than straight-forward clear language to describe the terms of an offer, they’re not dealing honestly in the marketplace, they are setting up consumers to fail.”

How to deal with Doublespeak

If you hear someone being intentionally ambiguous and vague in their language, and/or if you feel that they’re using Doublespeak in order to deceive and mislead you, ask them to explain what they mean in clear and plain simple English.

Ask them to explain it to you as if you were a five year old.

Don’t let them hide behind $50 words and incomprehensible language. 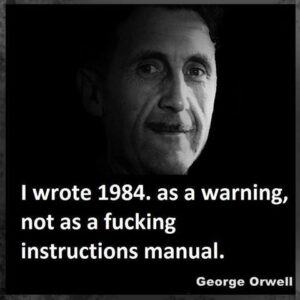 Now all of you who have not, please go read it. Read it twice. memorize it. This is a book that can be called Fiction, Science Fiction, horror, comedy, thriller and Documentary all in one.

I love the meme quote/joke saying that he meant 1984 as a Warning and not an Instruction Manual. And after reading 1984, and then comparing the dystopia he creates to the horror of life today. And worse that we have accepted it.

Social Abolition of Religion and Spirituality

DoubleSpeak was at the heart of the programming shown in 1984. Go back and read the examples in the article above. Add a few others, like Politically Correct. Corporations that want to bolster their bottom line “downsize” and respected managers get “the golden handshake”. Someone who is unemployed is “between jobs” or “making a career change.” Secretaries and janitors have become “administrative assistants” and “sanitation engineers.”  Perhaps one day, “pedagogical mentors” will replace teachers.

This is the kind of stuff that scares the shit out of me with my kids. I can see it. Will they? Are my children being taught to be drones? Social Justice Warriors?

Pay attention to the doublespeak you hear everyday. Has the person using it simply picked up a bad linguistic habit (like you might pick up an STD)? Or are they actual predators seeking to advance an agenda?