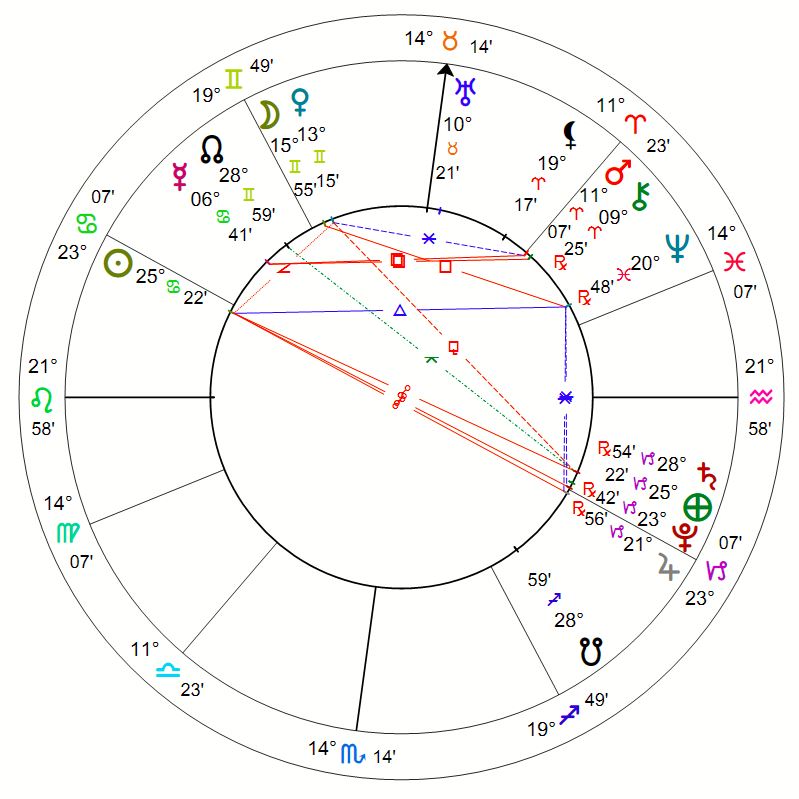 By: alfoss
In: Astrology, Calendar 2020
Tagged: balsamic phase
With: 1 Comment

SUN:  26 CANCER: Guests are reading in the library of luxurious home

EARTH:  26 CAPRICORN: A nature spirit dancing in the mist of a waterfall

During Balsamic, we release anything that we what we do not want or need to carry with us into the impending lunar month.  Cleansing waters of consciousness flood the field with breaking waves to refresh and renew.

The veils between the worlds are thinnest during Balsamic Moon phase.  Spirit is breathtakingly close.  It is a beautiful thing if we are able to let go of the controls.  A higher power seeks to untangle us from restrictions so that we can begin anew with the New Moon.

Follow up from last weekend’s post about the Article in Harper’s. I was not the only one to comment on that article. The Left seems to be coming to Jesus about their odd attitudes toward Free Speech. The NYTimes has an oped that I am copying completely – as they so often guard their content:

An acquaintance came to me a few weeks ago with the rough draft of a letter about free speech and asked me to sign. I declined, in part because it denounced “cancel culture.” As I wrote in an email, the phrase “‘cancel culture,’ while it describes something real, has been rendered sort of useless because it’s so often used by right-wing whiners like Ivanka Trump who think protests against them violate their free speech.”

A little later my acquaintance came back to me with a new version, which didn’t mention “cancel culture.” Like the people who wrote the letter, I think left-wing illiberalism is a problem, though I’ve mostly stopped writing about it since Donald Trump was elected, because it seems like complaining about a bee sting when you have Stage IV cancer.

So I signed. The statement, published in Harper’s Magazine as “A Letter on Justice and Open Debate,” spawned takes and countertakes, most of them, despite my modest effort, about “cancel culture.”

At first I avoided wading into discourse about what’s now called the Letter. It seemed self-indulgent to write about media angst when the country is self-immolating because of unchecked disease and an economic catastrophe that’s about to get much worse. But as the debate over free speech grew and grew, I started to think I was using the burning world as an excuse to avoid personal discomfort.

From my (privileged) vantage point, several things are happening simultaneously. The mass uprising following the killing of George Floyd has led to a necessary expansion of the boundaries of mainstream speech. Space has been created for daring left-wing ideas, like abolishing the police, that were once marginalized. Cultural institutions are reckoning with the racism that leads to mostly white leadership.

At the same time, a climate of punitive heretic-hunting, a recurrent feature of left-wing politics, has set in, enforced, in some cases, through workplace discipline, including firings. It’s the involvement of human resources departments in compelling adherence with rapidly changing new norms of speech and debate that worries me the most.

In her scathing rejoinder to the Letter in The Atlantic, Hannah Giorgis wrote, “Facing widespread criticism on Twitter, undergoing an internal workplace review, or having one’s book panned does not, in fact, erode one’s constitutional rights or endanger a liberal society.”

This sentence brought me up short; one of these things is not like the others. Anyone venturing ideas in public should be prepared to endure negative reviews and pushback on social media. Internal workplace reviews are something else. If people fear for their livelihoods for relatively minor ideological transgressions, it may not violate the Constitution — the workplace is not the state — but it does create a climate of self-censorship and grudging conformity.

One of the more egregious recent examples of left-wing illiberalism is the firing of David Shor, a data analyst at the progressive consulting firm Civis Analytics. Amid the protests over Floyd’s killing, Shor was called out online for tweeting about work by Omar Wasow, an assistant professor of politics at Princeton, that shows a link between violent protest in the 1960s and Richard Nixon’s vote share.

Shor was accused of “anti-Blackness” for seeming to suggest, via Wasow’s research, that violent protest is counterproductive. (Wasow is Black.) “At least some employees and clients of Civis Analytics complained that Shor’s tweet threatened their safety,” reported New York Magazine’s Jonathan Chait. After an internal review, Shor was let go; he was also kicked off a progressive industry listserv.
Civis has denied that Shor was fired for a tweet, but an employee told The Atlantic’s Yascha Mounk that the company’s chief executive said, in a staff meeting, “something along the lines of freedom of speech is important, but he had to take a stand with our staff, clients, and people of color.”

It should be said that many people on the left, including some who are often dismissive of the idea of left-wing illiberalism, condemned Shor’s firing. Surely one reason this episode has been invoked so often is that there aren’t many comparable examples of such obvious social justice overreach.

Still, there’s no question that many people feel intimidated. John McWhorter, an associate professor of English and comparative literature at Columbia who signed the Harper’s Letter, told me that in recent days he’s heard from over 100 graduate students and professors, most of them left of center, who fear for their professional prospects if they get on the wrong side of left-wing opinion.

Some on the left have argued, fairly, that those worried about people losing their jobs for running afoul of progressive orthodoxies should do more to strengthen labor protections, since all sorts of employees are vulnerable to capricious termination.

In a much-discussed essay on what he called “reactionary liberalism,” The New Republic’s Osita Nwanevu wrote, “In practice, workers of all stripes often lack the means and opportunity to defend themselves from unjust firings⁠ — all the more reason for those preoccupied with ‘cancel culture’ and social media-driven dismissals to support just-cause provisions and an end to at-will employment.”

This is true; as Zaid Jilani wrote recently, “If it were harder for employers to fire people for frivolous reasons, Americans would have less reason to fear that expressing their views might cost them their livelihoods.” But it seems strange to me to argue that in the absence of better labor law, the left is justified in taking advantage of precarity to punish people for political disagreements.

None of this is an argument for a totally laissez-faire approach to speech; some ideas should be stigmatized.

I recently spoke to Wasow about the reaction to Shor tweeting his paper. “Much of what we call ‘cancel culture’ is just culture,” he said. “Culture has boundaries. Every community has boundaries. Those boundaries are always shifting. In the age of the internet, they move faster, and therefore where those boundaries are is less clear and less stable, and it makes it easier for people to cross those lines.”

But it’s a problem when the range of proscribed speech is so wide that the rules are hard to even explain to those not steeped in left-wing mores.

Writing in the 1990s, at a time when feminists like Catharine MacKinnon sought to curtail free speech in the name of equality, the great left-libertarian Ellen Willis described how progressive movements sow the seeds of their own destruction when they become censorious. It’s impossible, Willis wrote, “to censor the speech of the dominant without stifling debate among all social groups and reinforcing orthodoxy within left movements. Under such conditions a movement can neither integrate new ideas nor build support based on genuine transformations of consciousness rather than guilt or fear of ostracism.”

It’s not always easy to draw a clear line between what Willis described as “reinforcing orthodoxy” and agitating to make language and society more democratic and inclusive. As Nicholas Grossman pointed out in Arc Digital, most signatories to the Letter probably agree that it’s a good thing that the casual use of racist and homophobic slurs are no longer socially acceptable. “But those changes came about through private sanction, social pressure and cultural change, driven by activists and younger generations,” he wrote.

Willis reminds us that when these changes were happening, the right denounced them as violations of free expression. Of the conservative campaign against political correctness in the 1990s, she wrote, “Predictably, their valid critique of left authoritarianism has segued all too smoothly into a campaign of moral intimidation,” one “aimed at demonizing egalitarian ideas, per se, as repressive.”

The same is happening today; the president throws tantrums about “cancel culture” while regularly trying to use the power of the state to quash speech he dislikes. Because Trump poisons everything he touches, his movement’s hypocritical embrace of the mantle of free speech threatens to devalue it, turning it into the rhetorical equivalent of “All Lives Matter.”

But to let this occur is to surrender what has historically been a sacred left-wing value. One reason many on the right want to be seen as free speech defenders is that they understand that the power to break taboos can be even more potent than the power to create them. Even sympathetic people will come to resent a left that refuses to make distinctions between deliberate slurs, awkward mistakes and legitimate disagreements. Cowing people is not the same as converting them.

The Times is committed to publishing a diversity of letters to the editor. We’d like to hear what you think about this or any of our articles. Here are some tips. And here’s our email: letters@nytimes.com.

Michelle Goldberg has been an Opinion columnist since 2017. She is the author of several books about politics, religion and women’s rights, and was part of a team that won a Pulitzer Prize for public service in 2018 for reporting on workplace sexual harassment issues. @michelleinbklyn
2020-07-17
Previous Post: Thursday July 16, 2020
Next Post: Saturday July 18, 2020