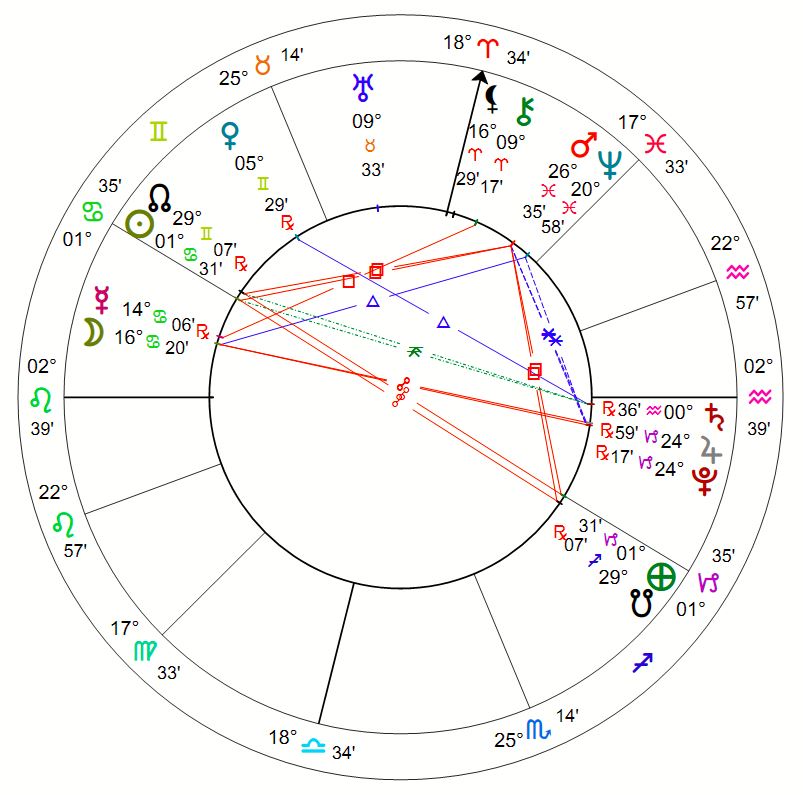 By: alfoss
In: Astrology, Calendar 2020
Tagged: happy monday
With: 0 Comments

SUN: 2 CANCER – A man on a magic carpet observes vast vistas below him

Happy Monday! Let the world taste of your awesomeness this week. Have a great week ahead.

I am not going to lie. I love stalking my neighborhood on Google Maps. I am not a GPS kind of person. I grew up driving in Los Angeles. We had this magic book called The Thomas Guide. It was a map of LA and Orange Counties sliced up into pages and indexed.

As a delivery driver, it was a must to navigate the streets – and especially to find out side streets to use when avoiding traffic. The Thomas Guide and the traffic report every 8 minutes on AM radio, and the streets were mine.

Those skills make a smart phone and Google Maps as good as a magic carpet as far as navigation goes.

But other than that, consider what a Birds’ Eye View would show you in 2020.

It was interesting seeing the atmospheric maps of industrialized nations under lockdown. Think of all the pollution that we did not have to breath while businesses were shutdown and cars were not driving non stop.

Would you have noticed the fewer traffic jams? People spending more time at home and less time travelling around?

Would you have noticed other things moving around – maybe that were were intended not to see? Here is where I suggest that our government may have been planning things. Moving strategic assets. Fortifying bases of operation. There were certainly fewer trucks on the road, as the stores of Toilet Paper, Lysol, food staples and other things we were used to having on hand, showed.

Would you have noticed some old abandoned places that people and time have forgotten. Eastern Pennsylvania is filled with places like this.

There is Centralia – the town with a mining fire underneath it that has burned since 1962. I drove through it once in the early 90’s before they barricaded the road. It was a ghost town. When I drove through, they claimed that there were still about 10 people living there. I saw no one. Graffiti on the roads. Boarded up and burnt out buildings.

There is the Pennhurst State School and Hospital, originally known as the Eastern Pennsylvania State Institution for the Feeble-Minded and Epileptic. It has been abandoned since 1987 – after being closed down in 1978 for mistreatment of its patients. Now let’s just think for a few minutes about the political correctness of that name. Back in the 90’s I had the “pleasure” of riding bikes through the streets of Pennhurst. The roads weren’t completely blocked, but you got the impression that no one had driven down them in a few years. Today, the old asylum acts as a “Haunted House” every year during the fall. Think about seeing the sprawling campus from the air. Over 33 Buildings. 1600 acres.

The television show “Mysteries of the Abandoned” is a documentary series showing and telling the stories about places like this. Part of it is the mystery of what the place used to be. The other is documenting how far these places have fallen into decay and disrepair. Just an obsession of mine.

Would you have noticed the empty parking lots around shopping centers and large businesses. Did you see people walking around their neighborhoods and parks – getting out of the house for a few minutes of freedom?

In June, would you have noticed the uprisings in the towns and urban centers? Would it have been the fires and smoke bombs from the riots? Did you miss the statues that were knocked over and rolled through the streets? Do you notice the blight left behind by these gatherings? For me, I would imagine it like seeing cockroaches and rats scurrying around corners. Knocking things over and tearing open food containers.

Or would you have seen the greening of our neighborhoods? More people planting gardens and tending their yards?For better and for worse, this plandemic and forced lockdown has changed our world. Were the riots a way of shocking us out of our homes? Did someone get the paddles out because we needed to be revived? Or was it for even more systemic changes and implementing more onerous control over our lives?