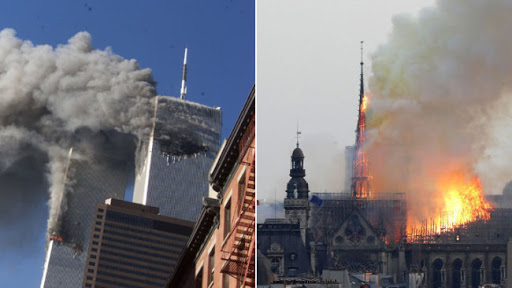 SUN: 21 TAURUS – A moving finger points to significant passages in a book

If you take a look back at yesterday’s post – where I talk about The Music of the Spheres – look to the bottom of the post. I received a comment that sent me down a rabbit hole. Screw that. It was a rabbit cave.

The comment was from Laura Walker, and she suggested that we look into a video blog (vlog in the vernacular) of a group calling themselves FLAT EARTH BRITISH and talking on the subject of Antiquitech.

Now. I am going out on a limb here. Google does NOT LIKE THESE PEOPLE. Google has all sorts of security risks on their site. If they ever made it to Facebook, I am sure you would have Snopes Alerts all over them. Their videos would be removed and Flat Earth British would be Facebook banned. I tell you this because it is proof that what they have to say WILL NOT BE SEEN IN THE LAMESTREAM!

If you quickly look at their Youtube channel, you will notice that they have a whole bunch of videos that are HOURS long.

FYI – I HAVE A BIAS! I do not generally like long youtube videos. Why? I speed read. Some people call it skimming. Others (who may have been dragged through Evelyn Wood Reading Dynamics when they were kids) know that there are effective ways of absorbing the written word through viewing and remembering a whole lot of information quickly.

Youtube videos have to be viewed in real time. Sure you can speed them up, but it is still, not that much. And in the end, you have to sit and watch top absorb the information and it is hard to listen passively if the vlogger uses pictures and graphics. Its a time-suck. Useful sometimes, but sometimes not.

I tend to like the Cliff Notes version – quickly assimilating information and bullet pointing the facts and useful information. And then seeing a useful CTA (Call to Action). at the end. What do you do with this information? This question has to be answered.

Per their own description, where they cite wikipedia:

The flat Earth model is an archaic conception of Earth’s shape as a plane or disk. Many ancient cultures subscribed to a flat Earth cosmography, including Greece until the classical period, the Bronze Age and Iron Age civilizations of the Near East until the Hellenistic period, India until the Gupta period (early centuries AD), and China until the 17th century.

Specifically they talk a lot about “antiquitech.” In my in depth research, this describes a study of antiquities (curious and interesting artifacts – think the Shroud of Turin or the Sphinx – you get the idea). These artifacts hold history and potential ties to information and knowledge of the past that has been lost. By studying them, and keeping them, we can possibly recall these parts of history that have been lost or covered over by the people writing “History” for future generations to learn.
To all of those who may be followers and feel that this is a completely incorrect assessment, PLEASE CORRECT ME IN THE COMMENTS. I did not have an entire week to binge watch all of the videos. But now I will start.

I was watching one of the videos that happened after the burning of the Notre Dame Cathedral back in 2019. They uncovered a lot of interesting facts about the tragedy (like that most of the statues and art pieces had been removed from the cathedral in the days before the fire). And just why would Michelle Obama have been in Paris on a boat tour that afternoon? Hmmmmmm.
It makes you think really long and hard about other major tragedies (like say 911). In the days, weeks, months, years afterwards, life for everyone changed. Travel was restricted and everyone felt profoundly unsafe. They looked to big government for protection – and got the Patriot Act for it. Wars were started in Afghanistan and Iraq. The WORLD TRADE CENTER was attacked and destroyed. It was an attack on the world
Notre Dame may not have been so severe an attack. It could have been a random fire. It could have been young altar boy adso trying to get back at the cardinal who bonked him in the rectory the night before. No one knows and no one really cares – or is really trying to find out. The Catholic Church put out the call and the rich answered with pledges of money to do all the upgrades to the building that they had been trying to get done for years with no support. Tragedy was successful.
And  how much do we hear about this anyways, and why? I believe this is twofold at least. We do not hear about it because 1) It is all Church Business. The Catholics are not really known for being forthcoming about anything Why should they talk about it? There are secrets here they do not want to tell. And is it just the Catholics that are keeping them? 2) If they are talking about it, they are doing so in French – and no one is bothering to translate.

The Tower of Babel

Despite having an entire history, life is still lost in translation. Do you ever wonder what is happening in the world? What’s going on in Japan? China? Russia? France? Korea? Germany? India? We all figure if the news is important enough, someone will tell the story.
I question vigorously if that is the case. I  believe that we hear nothing from around the world because there is no one willing to translate it. And fewer willing to listen to what is being said.
The world population is growing exponentially (despite the efforts of Gates and his crew) yet we are no closer to understanding each other. Now was this the will of God, as is posited in the story of the Tower of Babel? Or are we just not putting forward enough effort to find out? Are we actively trying to be the victims of our own history?

So For the Flat Earth British

All of these questions and more over a simple 30 minute discussion about the burning of Notre Dame. And this is after working through his thick British accent that is further obscured after a couple puffs off a joint (that’s a blunt to all you millenials) – getting in the right frame of mind I guess. There were 2 other subjects on this video and another 10-50 videos to watch.
It says that there is a lot going on behind the scenes that is not being discussed in the mainstream. Reason enough to commit yourself to digging deeper. Unfortunately, the mainstream does not like being questioned. And they will be the worst playground bullies when you try questioning them publicly. They will call you Conspiracy Theorists. They will lampoon you with name calling (My intelligence was questioned just today for asking on Facebook why the media is busy pushing drugs and vaccines instead of supporting healthy lifestyle choices).
So Pay attention. Stand your ground when you need to. Do not argue with crazy people. You will never convince them of anything. Keep your eyes open and stay safe.
2020-05-10
Previous Post: Saturday May 9, 2020
Next Post: Happy Monday! May 11, 2020