“Words are, in my not so humble opinion, our most inexhaustible source of magic, capable of both inflicting injury and remedying it.”

WHAT Exactly is a Curse?

I always remember this scene from the movie The Jerk. It takes the simpleton’s view of a common situation in everyday life taking our daily speech literally:

How often are we speaking or emanating curses throughout the day and not even know it?

The Law of Attraction says that thoughts are things. And there are powers out there that are floating through the ether that may be affecting us on a daily basis.

It is one thing if these curses are simply flying around and happen to hit us. It is quite another if one is aimed our direction.

A curse is any expressed wish that some form of adversity or misfortune will befall or attach to some other entity: one or more persons, a place, or an object.   – Some definition that popped up on Google

Curses are negative energy sent from one source and aimed at another. The intent is malevolent. 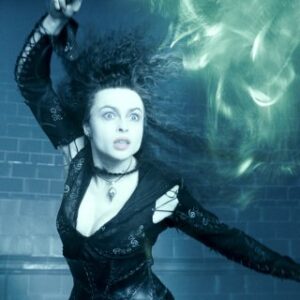 And it Comes Back to Harry

In the Harry Potter series, curses are talked about a lot. There is a constant battle or balance going on between dark and light forces. Being magic, the effects of these curses are often dramatic and vary greatly in intensity. Many can be innocuous as making someone stumble while walking. But could also be much worse, or even evil.

3 of these curses were so heinous as to make them “unforgivable.” These included The Imperious Curse (Imperio) – Controlling someone and forcing them to action, The Cruciatus Curse (Crucio) – the torture curse, and The Killing Curse (Avada Kedavra).

More about the curses in Harry Potter will be addressed in future posts. For here, suffice it to say, they were part of the story. And very much, they displayed a very dramatic visual representation of things that have been whispered about throughout our own history.

I learned about the Curse Clearing back a few years ago – sometime around 2012 (it’s amazing all the things that were revealed in that year). It was taught in a seminar given by Lee Beymer – which I listened to the podcast of rather than live. It was part of a discussion about his healing technique called Quantum Emotional Clearing (QEC).

He related a number of stories about how he learned about curses. To the untrained eye, they are not noticed. But to those under attack, they can ruin your whole day, or worse.

At the time of the seminar, it was revealed that our collective consciousness was under serious attack. The source of the attack was not “human.” The way I read it from his description was that it was what we have been calling archontic in nature. And the attacks came in waves. Many of which were astrologically triggered.

So, we start from a position of being is a think, evil soup of curses. We also face the what’s going on in the world around us. Listen to or read the news or watch any television and really pay attention to what is being said. Are the politicians attacking you for your beliefs? Are you bombarded with scare tactics.

We can also be under specific attack from other individuals. Is your home life positive? Do you swear at other drivers when you are out on the road? Do you have wonderful loving relationships with everyone you work with?

It is with this toxic cloud or generalized and specific curses what we need to find ways of protecting ourselves.

Sticks and Stones Can Break My Bones, But Words . . .

It makes sense to practice techniques to “clear” them from your field. The Curse Clearing ritual was developed just for this specific purpose.

We created a group that has been practicing The Curse Clearing daily (twice daily actually). I find it beneficial to take part as a group, but it is not necessary. I have also used the Curse Clearing on my own.

It is linked here

The purpose of this group is to provide scheduled and/or on-request energy clearing based on Lee Beymer’s Energy Clearing Procedures that he shares. Call participants generally come away from these calls feeling lighter and brighter.

The Curse Clearing, in addition to being a recited message, also employs meridian tapping. Tapping was popularized by Dr. Roger Callahan. Many people have taken up the practice and spread it around. There are many techniques you can try, which I may go into in another lesson.

This specific ritual was developed by Lee Beymer. He learned from Gary Craig, who worked with Dr. Callahan in the early stages of the tapping development.

For this ritual, we will tap using three fingers (given that you have all three – if not, you can improvise). With your three center fingers (hand is up to you). Tap between your eyebrows in the center of your head. Speed should be 2-4 taps per second. and strength should be enough so you can feel it, but not so much that you might leave a mark (though if you do it long enough the spot you are tapping may be a little red).

This was a somewhat funny statement that Lee would often utter. Part of the statement asks you to address a higher power. When I first learned it, he used the term “GOD” which bothered many people. It bothered them due to their own belief systems (or lack of them).

This is not meant to challenge any of your belief systems. Only to draw on any powers that you do believe. So when it is asked, and you want to say “God” or “Allah” or “Buddah” or “Vishnu”, please do. We say “By the Powers of All That Are Divine” and leave it at that.

At the conclusion of the ritual, you are asked to follow a breathing ritual. Simply breath in deeply, hold for the count of ten and then exhale. Repeat 2 more times for a total of three deep breaths.

If you do the ritual on you own, simply say the following phrases out loud while tapping between your eyebrows. If you take part in the group call, A leader with say the lines, and everyone else follows in turn.

By the Powers of All That Are Divine

and all angers, fears and repeaters are bound and defeated

And must leave us now

To return to Source

To be revealed in The Truth

And absolved in The Light

Let it be done

And it is so

Breath in and out 3 times as explained above.