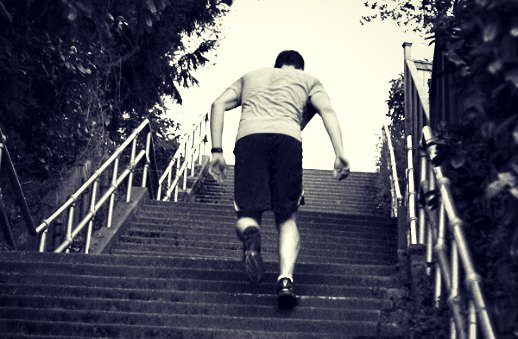 This year, a new Television series began that I will not be watching – but my family does. It’s called A Million Little Things. I think it is about a group of friends and how their lives are intertwined and enmeshed. There may have been a suicide involved and everyone getting together to talk about it.

All in all, not my cup of tea. I am more into the other new series Manifest – where people get off of an airplane and they have been transported in time ahead 5 years. More in my favored SciFi/Zombie Apocalypse theme.

I bring it up because the title hearkens to a piece of wisdom that I would like to delve into here. And that wisdom is that we do not usually advance in large steps. More often it is the culmination of little things that get us to the next place we go in life. Whether that is waking up – and all the little things that get you out of bed and down to start you day. Or it is all the little processes that you go through to make your breakfast.Our life is made up of little

I was led in this direction this morning when I came across an article in Prevention magazine. I generally look at Prevention as a yuppy granola liberal rag. Often good advice, but with an edge – just a little bit of liberal propaganda underneath. But knowledge is power. This article made me stop and read. It was entitled:

Reading them I found a long list of good little ideas that can make the world a better place. And I say “long” because it was one of those web pages that you have to flip through to see one at a time. I like lists, so once I started, I was hooked.

Afterwards, I was making breakfast. And advice was coming back to me:

I was making bacon. Oooo everyone loves bacon. And this is extra special “applewood smoked” bacon. Now let’s put some thought into that. Doesn’t that sound tasty? Bacon and apples? But what part of the taste of apples does applewood impart? My guess is, nothing natural. Its kind of like Clove cigarettes. Back in the 80’s, they were all the rage. But actually smoking them was kind of like standing over and breathing a pile of burning manure.  And where the heel do they get the millions of apple trees now required to smoke all that bacon? I caught them. Its all 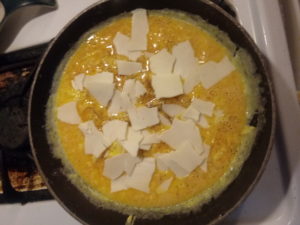 marketing. And I would be willing to bet that it is not even apple wood they are using, More likely they are spraying some chemical. But since I do not know for sure, maybe its time to err on the side of health. Still tastes good though.

So what did I do? I shredded an apple and cooked it on the bacon in the oven. I thought it tasted pretty good, despite not liking to mix my sweets with salts. The kids thought it was disgusting and I had to cook some more for them.

Eggs – I cracked about 8 eggs and threw them in a pan to scramble. As I was looking at it, I remembered some of the advice I read. Use Cast Iron pans instead of teflon coated pans. as I looked down at the eggs, I realized that I had not. It was my regular old scratched teflon pan. I had left the 25 lb cast iron job in the cupboard. I love it, but using it is a lot of work. Note to self. Time to buy a smaller cast iron pan for little jobs like this.

And the choices we make every day are just like this. Can we improve the world making little changes in the way we do things? How else to you expect it to happen. No one can snap their fingers and all of the sudden get rid of all the smog in Los Angeles or Beijing. But if today we decide to walk to the store to pick up a couple of things rather than firing up the Ford F150 gas hog, think of the difference in the footprint left upon the world?

Then think of the difference if instead of and F150, you had chosen a Prius. Most decisions are small. Some decisions are big. Others are bigger. And some may not be worth it.

For my part, I would like to start posing these questions – daily if I can. These little pieces of advice may not make a difference, But hopefully they will be like a small ripple in a pond or a lake or an ocean. Possibly imperceptible to the naked eye. But changing currents beneath the surface.