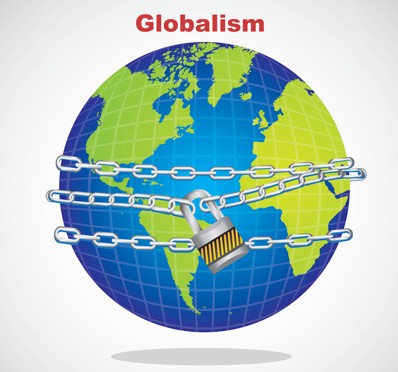 SUN – 23 SCORPIO: a rabbit transformed into a fairy

EARTH – 23 TAURUS: a jewelry shop filled with the most magnificent jewels

What Happens in Egypt

Last time I posed the question about CBS News and promoting their EARTH365 agenda. Sorry about the quickness of the post. I wanted to get it out there and I was 3/4 asleep. But this “distraction” is wildly important.

I like to take note of news items that are promoted in the lamestream and WHEN. I am far past believing that there is ANY honesty in Lamestream news media. Every single one of them has a “point of view.” Most people call that a bias, but they will never admit it. Calling it the “Liberal Media” is accurate. But by no means complete. And it is their Point of View that is the problem.

Now also understand this. I appreciate opinion-based reporting. You have News pundits like Sean Hannity and Tucker Carlson on the Right. You have Rachel Maddow on the Left. For Comedy, you have Colbert on the Left and Guttfelt on the Right. These and other pundits like them ADMIT their bias (Colbert doesn’t, but that is as obvious as calling the pope catholic). They tell you straight out. We represent a specific Point of View. I go to them when I want to hear what they have to say.

But when I want to find out what is actually going on, it would be nice to receive an unbiased source. And there isn’t one. And it is in NO WAY a level playing field. And about 85% of it skews to the left. And not just a moderate “left leaning.” It is is full blown Globalist Left. But they call themselves “fair,” balanced” and “honest.”

I reported on this particular stupidity back in April of this year when CBS rolled it out of Earth Day. It was their version of Shinola to try and clean up that pile of Shit. And for the average lamestream news consumer, it probably worked. They were horrified by pictures of African in mud huts starving with flies buzzing on their faces. They were enraged by photos of dolphins being slautered. They were apoplectic over pictures of coal and petroleum based pollution.

And with all the rage in place, they planted the seeds of globalist control. SOMETHING HAS TO BE DONE!

Flash forward to 2 days after the Midterm elections. They already danced and celebrated that they did not lose their shirts in the same way Obama did in 2010. The 2020 fix was still in place. Cheat-By-Mail still working like a charm. And the Blitzkreig of hate worked to foment headlines in every left-leaning publication (meaning all of them and social media too) in the country. No that wasn’t planned, was it?

So here I sat minding my own business and the Second Hand Smoke of the CBS Morning show wafts into my workspace in the form of a 15 minute long expose about their EARTH360 initiative. And how it was the first stpo toward . . . . COP27 – The 2022 United Nations Climate Change Conference, more commonly referred to as Conference of the Parties of the UNFCCC, or COP27.

This annual event will host over 40,000 attendees from all over the world. Including such illuminated ones as Al Gore, President Brandon and his Clintonista sidekick John Podesta. Anyone want to try and take a crack at guessing what a 2-week conference for 40,000 people is going to cost? Or who will be paying for it?

And the other little nugget of silliness is how it will be formally announced that the “Richest” Nations will be expected to committ to paying $2 Trillion each to help subsidize the poorer nations of the world in their climate change remediation goals.

And guess what else! President Brandon is introducing the Climate Gender Equity Fund. It will “help provide women climate leaders with technical skills, networks, and capital to develop and scale climate solutions.” It’s being funded by USAID and Amazon. You really can’t make this shit up!

When someone an tell me exactly why Gender Equity and Climate Change should ever be mentioned in the same sentence, I will give them a lolipop.

The results of this election say one thing. And that is that the Globalists will continue doing all the things they started and have been doing. Tax the Rich. Give puppies and baubles to the poor who will continue voting for them. Continue dragging society down to a level they have an easier time controlling.

Brandon left the Climate loonies to then go meet with ASEAN (the collaboration of Southeast Asian Nations that banded together to figure out what to do about Communism) and then later to go and suck the meet with Xi Jinping of China. I can’t believe there are any more concessions he can give to the Chinese, but I am sure Brandon is taking this as a “hold my beer” or a “drop your drawers and pray they use vasoline” moment. Gotta pay Hunter’s salary somehow.

I cannot wait to see how the mainstream paints this one. I think we have all pretty much figured out what Shinola is by now.

Stay tuned for more on the world stage as Putin will most definitly have to respond to all the fireworks given to the Ukraine.

PS On something to Pay Attention to besides the $2 Trillion Dollar bill to all rich nations. They also announced (I think Al Gore had a hand in this one) that within 9 years, Global Warming will cause massive flooding to coastlands around the world. As I recall, Dr. ManBearPig also forecasted that New York City would be under water by 2014. Someone might want to tell these fools that even the most ardent Climate Change scientists admit that “Global Warming” was a fraud. That’s why they changed the name to “Climate Change” back in 2013.