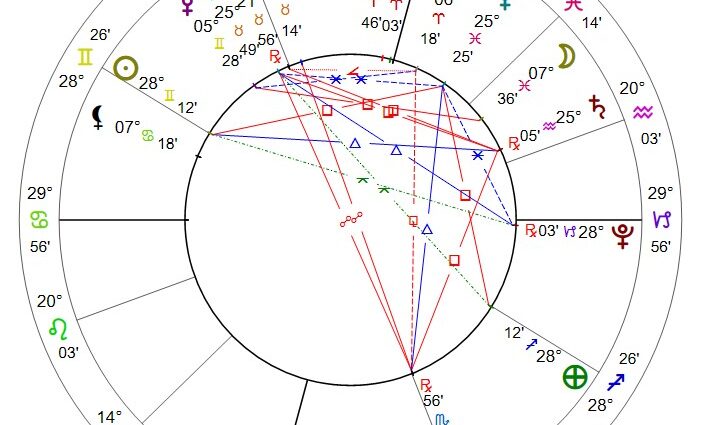 – Aspect of the Aeon Sophia: (Wisdom): – Bagalamukhi (The Stabilizer, The Storm Calmer)

SUN – 28 GEMINI: society granting bankruptcy to him, a man leaves the court

EARTH – 28 SAGITTARIUS: an old bridge over a beautiful stream in constant use

I came across a quote on Facebook that has me thinking. So I wanted to share it.

Makes you want to really consider the things you believe in and why you believe them And who may have taught them to you.

Consider how you were educated (school wise). I have always wondered about the whole separation of Church and State. And specifically the subject of religion in schools. For how much of our history did a lot of our morality and what is right and wrong or good and bad. Where and from whom do we learn this?

For myself, I grew up in the 70’s and 80’s. I was educated in public (government) schools. Religion was NEVER discussed. I attended an Episcopal church weekly with my family. We ate meals together. We went camping every month with a group of people from the Elks Lodge. We watched basic television shows from Bugs Bunny to the Brady Bunch to All in the Family and Family Ties and Happy Days.

So where did I learn morality? What is right and wrong? From the people I lived around. Where one was lacking, the others picked us up. That was my “village.”

Whose Village is Raising Us Now?

Here is where things get really scary. Especially as I have watched my own kids grow into adulthood. Have we given them the same foundation? What outside influences taught them right from wrong when we have not been there?

Given the cesspool I see in our education system, it is no wonder our children and young adults are where they are today. Consider it:

Critical Race Theory – in all of the curriculum. It is an attempt to change this generation’s perception of the past. Its stated aim is “equality.” Its actual aim is to foment racial disharmony

Critical Environmental Theory – To anesthetize this generationto the global plans for “socialize” the economy – aka putting the globalist cabal in charge of everything.

And Religion? Morals? Right and Wrong?

I have been a fan of the books and writings of Ayn Rand for years. Most peole have heard of Atlas Shrugged and The Fountainhead. And if you hear them mentioned in polite society or in the media, it will either be with disdain or with pure hatred.

Why you may ask? It is because they can not argue with her theories – other than to resort to name calling. She makes the point for individual sovereignty over collective control so convincingly that they are left gasping.

I bring her up because of her Book We The Living. It is by no means popular. But it still stays close to my heart and mind for some of the powerful imagery presented.

The story is of a young Russian girl who is living is post Bolshevic Revolution Russia. It offers a vignette of life under Socialism. The struggle to exist and earn enough to live. The fear of political retribution against anyone questioning authority.

I am constantly reminded of how they, in order to keep their jobs or move up, were required to take Marxism or Lennin classes. I am reminded of this as I watch curriculum being changed to be more politically correct, racially sensitive. Consider Trans-Story hours in local libraries.

The intelligencia of this time . . . The Thought Police . . . will shove this crap down our throats until we choke. And it is everywhere. Not just the schools. But on the News. On TV. In the Movies. Everything will follow the “NEW” way of thinking.

It used to be that the Internet was where we could go for actual information. But Big Tech is doing its best to stop that. Youtube – Censored. Facebook – Censored. Twitter – Censored. Google – Censored. 4Chan – Censored. Doing everything in their power to cotrol the information that we consume.

Do realize that we are being Mandella’d in the Month of June with the newly-created Juneteenth Holiday. The plans and festivies have been dutifully reported upon non stop on the Lamestream news this week. Interviews with planning committee chairpeople all across the country. A new Juneteenth flag (I kid you not – as I went to search on Google for the image to the right showing the “flag”, the screen erupted in confetti and a parage acrtoss the screen celebrating the Juneteenth holiday).

It is a Mandella Effect moment that is being so horibly pushed through the media. How many kids are going to fall for it. They are going to see the celebration and believe that this has been an important and historic holiday sinc ethe beginning of time. Littlle will they realize that it was a local event down in Texas that no one even knew about until the George Floyd fiasco.

So pay attention this weekend. Because they are out there trying to change your mind, your thoughts, your history. It is the Thought Police from 1984 palying out before our eyes.

And you gotta ask yourself. Why did the Juneteenth committee not decide to use a more relavant falg to celebrate this occasion – The American Flag. It was the day that African Americans were finally freed from Slavery and could officially become Americans. Has it still taken time to get there? Yes. But we are all Americans.

I mentioned the other day about the picture I shared within the Standing Rock Group. To say it caused a stir with them is an understatement. And as expected, someone has caused it to get the attention of the Thought Police on Facebook. They have covered the picture and added a warning to it. Was that a random Thought Police Catch? Was it Reported because some snowflake got offended. You can decide.