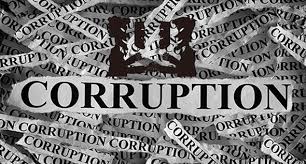 By: alfoss
In: Astrology, Daily
Tagged: full moon
With: 0 Comments

EARTH – 30 LIBRA: three mounds of knowledge on a philosopher’s head

Something Rotton in Denmark

I would like to talk a little bit about the subject of corruption. We all know the word. But exactly what it means is a little grayer.

It has been said over and over again that the Government in the Ukraine was the second Most Corrupt government in Europe – after Russia. Per Wikipedia:

According to Transparency International’s 2021 Corruption Perceptions Index, (a scale of least to most corrupt nations), Ukraine ranked 122nd out of 180 countries in 2021, the second most corrupt in Europe, with Russia the most at 136.

But what exactly does this mean? What levels of corruption are going on. Exactly what the fuck are they doing.

It is best probably to look at how these governments work in the first place to understand. And the best way of doing this is to look at a similar situation closer to our world – the mafia in the 1900’s. What exactly the mafia has been up to in the United States is up for debate. But what we all seem to know is from the Movies – specifically The Godfather movies.

Back in 1972, we were introduced to a “first hand” glimpse into the life in the Mod. The Corleone family “business” was shown on the screen in all its guts and glory. How many people were heinously murdered in the films? And there we were pulling for them all the way.

They present as faithful catholics who support the church, go to confession and Mass. And then go out and commit crimes, murder people and cheat on their spouses.

Why are we OK with this?

Though fictionalized, the mob stories we see are based on a reality that we do not want to admit about ourselves. We elect people to positions of power. And they go out and prove Lord Acton’s famous statement that “Power corrupts. Absolute power corrupts absolutely.”

Why? Because the money and the power take control.

How do you get a Communist Billionaire?

The “dream” of communist and socialist society is that it will run itself. Everyone will get what everyone needs with a perfect distribution of products and services. And anyone who believes that also probably believes in Santa Clause and the Easter bunny.

Back in the Early 90’s the USSR fell apart. The West won a silent coup and loosened the hold of Russia over the entire Eastern Block.

Russia had to rethink its way of handling its economy. And like the breakup of AT&T back in the 80’s Russia broke up all of its government services to be less centrally controlled. It created oligarchies to run each part of the government. And these leaders of these Oligarchies became massively rich. And you can all guess about whether how they ran their institutions worked for the “good of the people.”

The Premier or President or whatever they want to call him was the Oligarch in charge of the Secret Service and the Military. And its his job to provide security and protection for all the Oligarchs. His name now is Vladimir Putin.

The checks and balances of their society are those that exist to keep each person alive and protected from everywhere and everyone else.

The Ukraine was Broken Off from This

When the Soviet Union broke apart, the Ukraine became its own sovereign state again. But all of its internal services were still controlled by Mother Russia and its newly created Oligarchs.

They were free, but still completely controlled by their former oppressor. Slowly they tried to extricate themselves from this former control system. But they found the only way to replace an Oligarch is . . . with another Oligarch with better connections and ties within the government.

Consider What this Means about Burisma

The vacuum created by Russia’s exit left the cesspool of corruption that they have. And it was not the Ukrainians (who had no money) that benefitted. It was outside investors that made it happen. And consider the value that Burisma (a lowly energy company – read that as the second largest natural gas producer in the Ukraine) having the SON of the Vice President of the United States on the payroll. To be able to call on the Vice President of the United States for favors.

That when this corrupt association was being revealed by then President Trump, the ENTIRE establishment behind the Bidens, erupted and did everything in their power to stop the revelation. Just think of all the things that were thrown in our face to ignore it:

All as a cover up and smokescreen for Corruption.

If you ever want to have some fun investigating Corruption, the Left’s own search engines (Google and Wikipedia will tell you enough to be damaging. Go a little deeper and the fun really get’s started.

Net worth of every member of Congress – It is best to do this by getting their net worth before taking office and then present day. Mitch McConnell’s is fun. Nancy Pelosi’s is better.

Cost of a Senate Campaign – They are getting job that pays only $174,000 per year. Beto O’Rourke spent over $80 million on his failed campaign

How did Bill and Hillary Clinton go from having about $10 million to their name in the presidency to over $250 million 1 year after leaving office? (Check out the same for BHO and Joe B)