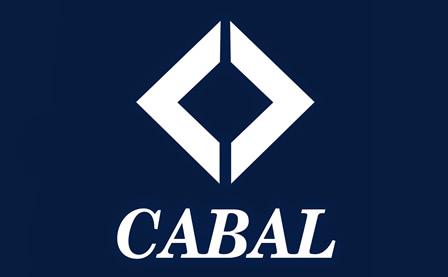 – Planting Calendar (from the Farmer’s Almanac) –   March  24th – 25th Any root crops that can be planted now will do well.

EARTH – 04 LIBRA: a group of young people sit in spiritual communion around a campfire

Today I am republishing Bill O’Reilly’s article about Hunter Biden. He is a National Columnist and he is confirming the exact things that I have been saying:

The Hunter Becomes the Prey

So now we know the laptop containing Hunter Biden’s shady business dealings is real because the New York Times finally admitted it after 18 months of suppressing the story. Not that we didn’t already know that Hunter grifted a number of foreign nations using his father’s position as vice-president – we did. Honest Americans definitely realized that.

We also understand that the corporate media, including the giant internet operations, canceled a legitimate news story that might have influenced voters in the 2020 presidential election.

In addition, it is beyond any doubt that while Hunter’s loathsome money-making schemes were being denied and censored, including direct repudiations from Joe Biden, the phony Russian-Collusion story was being heavily promoted by the corporate press. The deceitful one-two media punch absolutely influenced the election of 2020.

So by doing the math – this is the biggest media scandal in American history. And it’s not even close.

Now, last week Vladimir Putin made it a crime in Russia to criticize the invasion of Ukraine. Should the US Congress make it a criminal offense to dishonestly influence a presidential vote?

Yes, it should. Heavy fines should be imposed for demonstrably false reporting on campaigns. When a presidential election can be battered by dishonest media partisanship, this country has to do SOMETHING.

Politico is not and never has been a fair and trustworthy operation. Back then, it was primarily interested in hurting Trump.

Nevertheless, the corporate media couldn’t get on the phony Russian “disinformation” train fast enough. Night after night, NBC News and CNN pounded the story – so much so that legitimate reporting about the laptop got banned on Facebook and Twitter.

So you tell me, do we let this media outrage go? Or do we the people demand that Congress pass safeguards to protect presidential elections?

The Justice Department is currently investigating Hunter Biden, but the Biden administration oversees Attorney General Garland. What SHOULD happen is an independent counsel investigation because, according to Hunter, his father, the President, received a “taste” of the millions of dollars that somehow appeared in Hunter’s wallet.

The presumption of innocence has to be in play here because Hunter might have been smoking crack when he wrote that, but clarity is definitely needed.

Over in Russia, 250 media people have either gone missing or been murdered under the Putin regime. Obviously, we don’t have anything like that in the USA. What we do have is massive media deceit.

And while that’s not life and death, it is badly hurting the country.