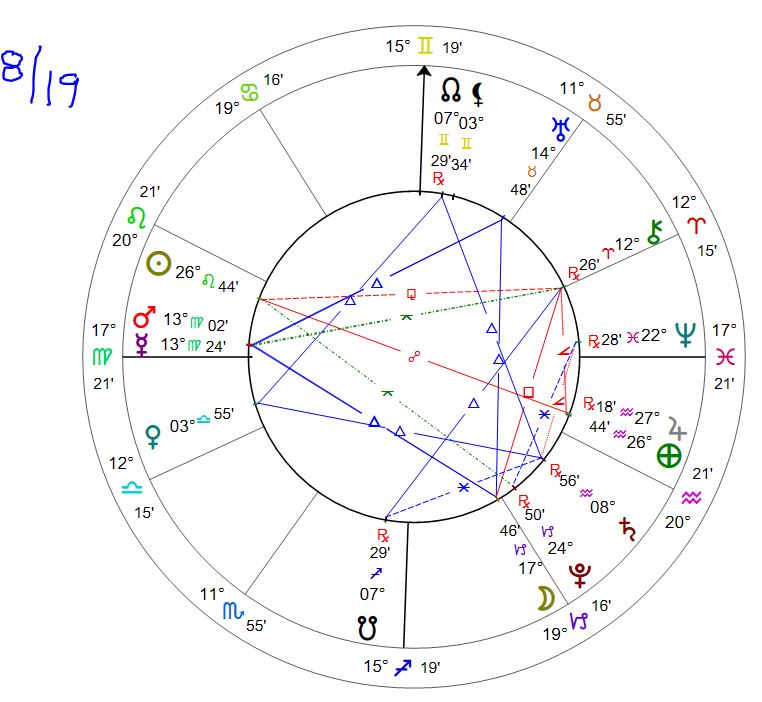 By: alfoss
In: Astrology, Daily
Tagged: gibbous moon
With: 0 Comments

SUN – 27 LEO: Daybreak — the luminescence of dawn in the eastern sky

Watch the energy of the Alignments today!

I want to share this video by Max Igan. It was shared to me yesterday. It made enough interesting points that I have talked about myself on this blog. And it is worth exploring again.

Now that you have watched it, or if you haven’t, his point is that he thinks that thee have been multiple large scale events that have “erased” history as society knew it. These would be like Noah’s Ark – where it caused our way of life and history to be ended. And the result is that we have had to remake our own history without the help of all that we knew before.

A couple years ago I reviewed the Mad Max movies. This exact event happened and was played out in Beyond Thunderdome. Society fell apart and people got together to eck out an existence. And in the case of the kids, became a Cargo Cult of their own – with their history being built from artifacts that were brought along, but the exact functions not understood. But continuing each night to “tell the tell” so that all would remember their history.

Admittedly in this video, He does not answer the questions posed so obviously in the title: “Why are they hiding the truth?” and “The Secret Society you’ve probably never heard of.” I forgive him though because he does pose enough questions about ancient maps to get me to ask a lot of my own questions about forgotten History:

There are SO MANY unexplained parts of our history. Either wiped from the record books by catastrophes or by Human powers afraid that the history would challenge their authority (Think the Catholic Church here – but they are not even the biggest ones here).

Anyways, if you have 20 minutes, check out the video. While I cannot call it mind blowing. I will definitely consider it thought provoking.