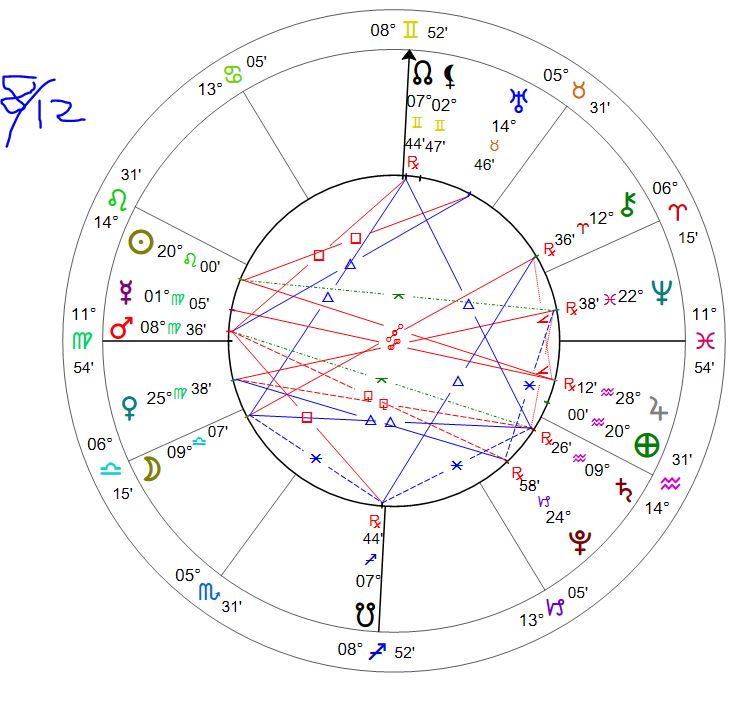 The bizarre “Infrastructure” bill that the present ruling class in America is trying to ram through the government comes about as close to the feeling of Intoxicated Chickens and I can imagine. And since everything about their agenda will help to bring us all a completely empty life, it’s a good time to talk about this.

Now anyone starting to read this and hoping that it will be about something fun like prepping and getting ready for the world to end . . . well I am sorry. I have a list a mile long of subject to write about more in that vein. But all this crazy chicken shit keeps happening.

It’s all Part of the Globalist’s Agenda

If you recall, there was a “movement” (not a bowel movement, but close) by the United Nations to make long range plans for the future of our Planet. They called it Agenda 21. Or it was Agenda 2021.  You can google it to see how far the Mandela Effect Drones have gone to erase all memory of it. Whatever it was, even the Globalists could not wrap their heads around reaching their lofty goals by 2021. So they renamed it Agenda 2030 or Agenda 2050.

The goals were to institute One World Government, take control of all land and resources, redistribute all wealth and resources using EQUITY as a basis for determining who is deserving.

Thank you Herr Marx for stating so well. And the Globalist Left for trying to implement it.

Two years ago, it came to life in the Plan introduced to the United States by freshman congressperson Alexandria Ocasio Cortez (but written by George Soros and Company) called The Green New Deal. This thing (can’t call it a Bill, but it was written like one) proposed a whole raft of Bullshit wrapped in the name Green to make people think that is was an Environmental thing. To its heart, however, it was a guide map from the Left for the Democrat party about how to “Fundamentally Change” our country into a Socialist Nation. Reading through it one quickly realized that anything that it proposed to solve and Environmental Issue would both cost trillions of Dollars and significantly change or curtail rights that we in the United States are guaranteed in our Constitution.

The Green New Deal was CELEBRATED by the left (AKA The Democrat Party and all of the mainstream media and Entertainment industry in the USA), and laughed at by everyone else.

When the document was analyzed, the cost of doing everything that they proposed would amount to $80 Trillion. Place that next to the fact that the Total GDP  in the US (Gross Domestic Product – EVERYTHING produced by the US Economy in 2020) was $21 Trillion.  Do the math. This is impossible.

Thanks to the C0r0na virus, all thoughts of our government operating within its means went out the Window. There have been 3 Stimulus Bills valued at about $6 Billion unfunded dollars. We are looking at an insane Omnibus spending Budget. And then there is the “Infrastructure” Bill.

This is actually a joke. You ask what are the basic functions of Government. Laws, Military, Infrastructure. Even Libertarians agree to a certain extent that the Government pay for Infrastructure; Transportation systems, communication networks, sewage, water, and electric systems

And every year the question comes up in government about what they will fund and how they will find it. In the last 10 years, much of this has been under funded. Some of it was the agenda of the Obama Administration. But second was the fact that it was a political football. One side wanted credit for good works. The other side wanted to add kickbacks to their donor base.

Under Trump, the Democrats were HELL BENT AND DETERMINED to make sure NOTHING GOOD came out of the government. So all Infrastructure was ignored by the legislature.

Since President Build Back Better got into office, spending like a drunk sailor is the way of the government. And Infrastructure was back on the table. 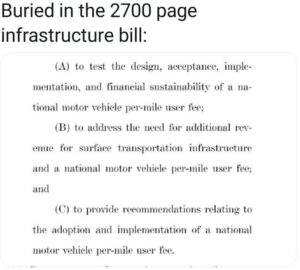 What They Can Agree To

Looking at the “needs” of the country for strict Infrastructure (Roads, Bridges and the like), they need to spend between $500 Billion and $900 Billion.

But what idiot congressperson is going to leave a cash cow like this on the table without adding all their little goodies. And then there is The Left and the Green New Deal. And Agenda 2030.

The note to the right here is the exact kind of example of the left-bombs that have been written onto the Infrastructure bill. These 3 lines will allow the bureaucracy to implement  the beginnings of Agenda 2030 – To phase out all petroleum-based transportation. To increase its price to the point where it will become economically cost prohibitive to own a car – and thus use public transportation.

And this is just one. Add to it:

Requirements that all work must be performed by Union Labor

No requirements to buy American Made

This Bill is just one example of the Agenda of the Left and how they are working toward FUNDAMENTALLY CHANGING our country.

The Perseids are often one of the strongest meteor showers, and this year, the display will be particularly easy to observe, as the moon is just a few days past its new phase, keeping tonight’s sky quite dark.

What will it look like? Shooting Stars flying across the sky. 20-30 per hour. No it does not look like fireworks. But they are fun to watch. And if you are far enough away from city lights that you can see, there is a lot to watch in the sky. Check it out.

Unfortunately here in Eastern Pennsylvania, it is Thunderstorm season. And we have been hit hard for the past week. So we have seen the fireworks!