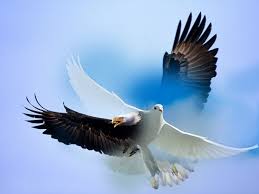 SUN: 26 ARIES – A man possessed of more gifts than he can hold

EARTH: 26 LIBRA –  An eagle and a large white dove turning into each other

Third Quarter Moon phase, the time of the lunar month when we take stock of what developed and any feedback or messages during Disseminating Moon phase and then assess what needs to be revised and realigned.  This is all in service to the intentions, ideas, hopes, wishes, or dreams that were “seeded” during the New Moon phase.  We are working on making things better.  It’s like fertilizing and watering seeds so they have their best chance to make their way to the surface and sprout.  This is conscious co-creation with the force of Life.

Songkran is a term derived from the Sanskrit word, saṅkrānti (or, more specifically, meṣa saṅkrānti) and used to refer to the traditional New Year celebrated in Thailand, Laos, Cambodia, Myanmar, Sri Lanka, parts of northeast India, parts of Vietnam and Xishuangbanna, China. It begins when the sun transits the constellation of Aries, the first astrological sign in the Zodiac, as reckoned by sidereal astrology. It is related to the equivalent Hindu calendar-based New Year festivals in most parts of South Asia which are collectively referred to as Mesha Sankranti.
In ancient times, the sun’s entry into Aries coincided with the equinox. However, due to the earth’s axial precession, the sidereal year is slightly longer than the tropical year, causing the dates to gradually drift apart. Today, the sun’s entry into Aries occurs around 18 April, according to astronomical definitions. Some traditional calendars are still marked by the sun’s actual movements while others have since been fixed to the Gregorian calendar.

In addition, Today is the day Lincoln was shot at Ford’s Theater. It also marks the day The Titanic struck an iceburg and sunk.
2020-04-14
Previous Post: NY Times Catches up to Astrogardens – Victory!
Next Post: Wednesday, April 15, 2020