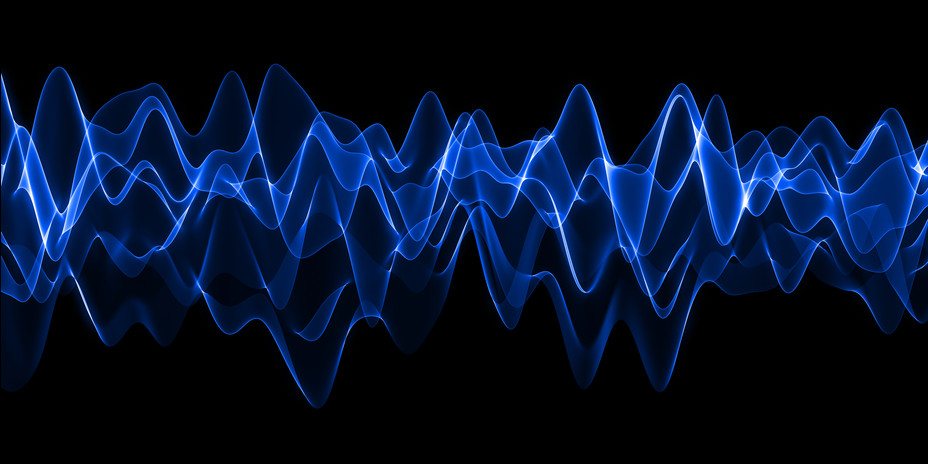 While considering the enormity of the Full Moon, it made me want to talk about a whole lot more going on that we (collectively) do not pay a lot of attention to. This will range from the mundane to the far reaches of woo woo land known as the Twilight Zone. The intention is to open our minds to a greater understanding of the energies around us. And open us to the idea that there are realms around us that we know nothing about, but may not be beyond our reach.

Much of this line of thought came to me in the midst of Full Moon Fever yesterday. AND this was much more than while I was listening to “Runnin’ Down a Dream.” The long and short of it was that my kids were suffering from a Coronavirus-Cabin-Fever meltdown that was close to having the cops called in. Halfway through it I reminded myself that it was the Full Moon – The Full Pink Moon. Crazy energy is about.

But as stated in yesterday’s report, the mainstream has not ever come around to the idea that this energy is real. Scientists do not like things that they cannot measure and cannot control. And god knows that if there are forces out there that they cannot figure out, they sure as hell are not going to mention them in a scientific journal.

So What Do We Know?

There are a lot of the REALLY BASIC things in life that I would expect scientists would want to know but magically pay absolutely no attention to. We have 5 acknowledged senses: Sight, hearing touch, taste and smell. Do you consider how we measure these?

And as we look at them, you will start to get the picture of how much we really are unaware of.

BTW: The following may get a little technical, though I would not call it scientific. I am not a scientist. I took Chemistry and Advanced Bio in high school and Astronomy and Anthropology in College. 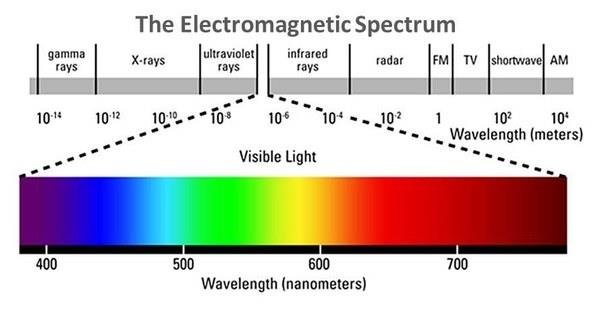 I always have remembered this particular graph because it was a very striking picture about a couple things I know and a WHOLE LOT of things I do not. You look at the spectrum and realize that there is a Whole lot of the Electromagnetic spectrum that we, as Human beings are physically unaware of. And in order to perceive them, we need machinery.

UV Rays burn our skin. X rays go through us and can expose film to show a “shadow” of what is inside of us. Gamma Rays created the Hulk. Infrared can be used to detect things like heat. Radar things far away/ Radio and TV waves can be transmitted and converted into things we can see hear on Radios and Televisions.

We can only experience a very narrow band of this spectrum live. We know that Dogs and Cats, they say, cannot see in color. Nocturnal animals see better in the dark than we can. Do you wonder what all they can see? And looking at this, do you wonder where they are on the visual spectrum. Are other animals able to visually perceive things we cannot? Think of fish seeing in the murky water. And other than night vision goggles, do you hear of many efforts to understand more about all that we are not seeing? I tend to think these are the realm of really esoteric college professors fighting for grant money.

And none of this explains how Superman has X-Ray vision, that always seems to show itself in color.

Note that the remainder of the senses will be entirely less technical and pretty much devoid of science, as I know very little. And if you read it here, I will almost guarantee you I got it from google.

When it comes to people who are unable to hear, society has done them no favors. Hearing forms a great part of how we communicate with each other. Sure there is body language, gestures and visual aids, but the rest comes from out ability to emit and perceive sound from the mouth and the ears. As with the visual spectrum, I found a keen and interesting graph to show what we are able to perceive.

Of course they use measurement units that are pretty much foreign to everyone, but it gives you an idea of what we can hear. And it again begs the question, what can’t we hear? And what animals are there that might be able to perceive things we do not. Think of Dog whistles that we cannot hear. And how other animals are said to be able to hear things happening prior to earthquakes. 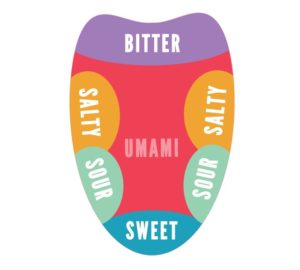 I guarantee you that I know nothing about taste that hasn’t been joked about on a sitcom. The extent of my knowledge can be summed up by this graphic I found from that good Phd friend of mine named Google. But then I looked and saw something I had never seen – UMAMI. So I googled that noise. And it says that it is where the tongue perceives odd flavors like Monosodium Glutamate. When I read that I knew it had to be Bullshit because MSG has no flavor – haha.

What I do know is that other animals can taste things we cannot. Think of Snakes that flip their freaky forked tongues out to taste the air. Hmmm. Another Perception.

When science tried to claim that your skin was the largest organ in the body, I threw my hands up in the air. All I can point to is heat – where we can perceive temperatures between about 32 degrees and about 120. Outside of these, our temperature senses are blown out.

It is said that your hands have more sensory receptors than any part of the body. With all of these different receptors, do we question much about how they work?

I read some trashy thriller about a man with a dog. It was a hound, and it often took Point of View in the story. And it would think in terms of what it smelled and almost described smells in the same way as sight. The dog could see trails of smells that had passed through the area.

Scent really intrigues me. Especially after I heard someone say that most of your strongest memories involve smells.

Now Where Was I going With This?

I wanted to point out that there is an absolutely silly amount of activity going on that we are completely ignorant of. And our ignorance is due to us not being able to sense or perceive it. And when it comes to these very obvious senses that we take advantage of every day, it is easy to simply focus on those things we can perceive.

And this is where the discussions about physics and Astrology kick in. For astrological aspects, we cannot see them. We cannot touch or taste or smell or hear them. The aspects are beyond our ability to easily perceive.

Then the Full Moon hits and the ER’s are full. Mercury Retrograde happens and people have trouble with travel and communication. the list goes on and on.

And generally what is the cause? Is it gravitational? Is it magnetic? Is it electric? Few people in the scientific realm have been willing to study it for fear of being labeled a crank and losing funding or their position at a university.

So its left to all of us.

With That, It is Passover today. Has been here in Eastern PA since Sunset about 2 hours ago. Just a little bit ago, we heard aloud bang from the basement. Since my neighbors thought they heard it in their basement as well, we can only assume its an Earthquake. By going outside, I got to see a much clearer version of the Pink Moon. Still obscured by my trees, but it was pretty.