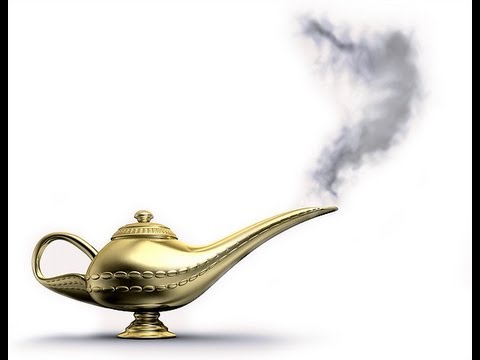 “When the Student is ready, the Teacher will Appear”

This is one of those goto quotes. It is generally attributed to The Buddah. But also many of the Grecian philosophers or any of the big thinkers.

It speaks of a pivot point in your life. A time of change. And it is at these times, we find the inspiration to move forward. Often this is through someone else who is poised to help you get there.

I first heard it from Kevin Trudeau through his teaching audio “Your Wish is Your Command.” It is an amazing seminar that touches on many important and life changing concepts. Of course it is also a sales training audio to convince you to join his new Multi Level club. That does not minimize its value as an inspirational tool. For me, it came at a time that I needed to move forward in my life. And while it is not a live, one on one training, it gave me the advice I needed at the right time.

And even more, it pointed me in the direction of other teachers who I could learn from.

Funny how things like this come to you all at once. Today’s blog was about learning from a master. At the same time, I am browsing Facebook and see a post from Kevin Trudeau (from jail of course). While I never met Mr Trudeau, I listened to his recordings and read from him books. He would never call himself a Master. But he would always offer advice. And his advice came from others who had offered it to him. And often the people he would attribute he would refer to as his Mentors. His Master.

When it comes to self improvement, personal development, Self Realization, Enlightenment, “success” training, personal transformation, how to set and attain goals, and other such areas of the mind and spiritual nature of man, consider this: no one ever has invented or created anything.

All a person ever did was “discover” the Truth: what was there all along.

No scientist invented DNA. They discovered DNA, as DNA was always a reality.
No researcher created the atom, as atoms were always atoms even before mankind “knew” about them.
No astronomer invented Pluto or any “new” planet. They simply discovered what was always there.
Electricity was not invented, is was discovered. As was Quantum physics.

But when we get into areas of personal development such as: “how to remove blocks” to help you achieve success; the “secret” to enlightenment; the method to eliminate mental and emotional pain; opening your chakras; success secrets; and so forth, many “Masters”, authors, speakers, trainers, and Guru’s want to patent, copy write, and call these discoveries “MINE”. They want to claim ownership to what they are teaching as if they “invented or created” something NEW.

“Nobody ever did this before I invented it!” they shout.

Have they ever read the 5000-year-old Vedas, Pantagali’s Yoga Sutra’s written thousands of years ago, the Chinese writings of the Tao, Kashmir Shavaism, The Zohar, Kabbala, Sufi teachings, or other ancient texts? How about the “secret” teachings of the Free Masons (made available only to 33 degree Masons who are selected), or other “Secret Societies” teachings?

I can assure you, that whatever is being taught today as “new”, is in these ancient texts or other writings that go back many hundreds or thousands of years.

Everything from “tapping”, to homeopathy, to “energy clearing”, you name it…. they were all practiced and used by people thousands of years ago.

They simply “discovered” what is Truth, what was always there, and what is in fact…reality.

No one can say “I invented THE ONLY method of “releasing and clearing” trapped energy, and if you use MY method, your life will improve in every area.”

What a person CAN say is “I discovered A method, probably one of MANY, that I THINK and appears to be, a way to release and clear trapped energy, and is used, it SEEMS to help most people and improve every area of their lives.”

The key points are:

2.) The did not invent it. It is not the ONLY method, nor can they say the “best”. If what they discovered DOES do something, they did not invent or create it, they DISCOVERED or became aware of, a method of “clearing or releasing” energy.

3.) Claiming ownership is the #1 indicator that the person is NOT highly evolved and instead, is EGO driven. It also shows that the person in fact does NOT “KNOW”, but rather, only “knows about”.

One of the greatest researchers in the area of the mind, and unlocking human potential and abilities, delivered over 100,000 hours of recorded lectures over his lifetime. He dedicated his life to researching and discovering the “Truths” of how the mind work, how to unlock the unlimited human potential that lies dormant, and how to release abilities in people that appear superhuman or supernatural.

He stated: “The Truth of the mind, the entire physical Universe, Consciousness, and everything that can be classified as non-physical or spiritual, can now be proven with science, hard facts and evidence. It comes from nuclear and quantum physics, higher mathematics, and understanding the Ancients of the East (mostly India, Tibet, China)”.

Interesting. Quantum physics and the Ancient teachings of those mystics, Guru’s and Enlightened Masters of India and the East, all in agreement.

L. Ron Hubbard for example said:
“The so called experts of the recent past, in the area of the mind, gave dissertations espousing their philosophies, ideas and opinions. They were however, simply speculating and had very little actual proof verifying what they were saying was true. Their philosophies were their own creations, and each philosopher was at work trying to out-create every another philosopher. It was all ego driven and all about competition.
We, however are simply dealing with discoveries. The phenomena we are sharing are what we discovered and are held in common by all men and all life forms. We are not trying to out-create every other so called expert that comes along.”

He goes on to say;
“We really are not trying to teach you anything. We are really just trying to remind you of what you already “know”. Truth, coming from anyone, in any form, was always yours in the first place. Many people are explaining the same things, and have been for thousands of years, just saying it differently. Truth therefore is not only the “science of life”, but it is an account of what you were doing before you forgot what you were doing.”

Edison, arguably one of, if not THE greatest inventors of all time agreed on this point about “discoveries”. He always claimed he “discovered” things, rather than “invented” things. So did Ford, Krishnamurti, Yogananda, Buddha, Tesla, OSHO, Einstein and many other “Masters”.

Consider this. When it comes to the mind, in order for one to explain it, to “know” how it works, one must be separate from it and observe it. Who then would be doing the observing? YOU, yourself (The SELF, or Consciousness). You are not your mind and not your body. You HAVE a mind and you HAVE a body. When one reaches this level, of being separate from the mind and body and observing and being the witness of both, one can then share what they DISCOVERED, observed and witnessed. All we have to do is listen to them. Lucky for mankind, thousands of Enlightened souls have already done this and their writings and DISCOVERIES are available to all. They have no EGO and claim nothing as “THEIRS”.

With this in mind, consider what I have said before in many of messages, books, emails, posts, and lectures. Who do you listen to? Beware of those “experts” who I am certain are very well intentioned, but perhaps a little too Ego driven that they want to claim credit to Truth as if it is THEIR inventions, creations, methods, or secret systems relating to how to improve the human condition and make your life better in every area and aspect.

When you “know” truth, because you have actually experienced observing the mind and the nonphysical Universe, as Edison describes, you never feel you have to claim anything as YOURS. Therefore, if someone is claiming ownership to “Truth” or a method as THEIR Trademarked creation, know that they have not achieved that state of actually being the witness to the mind. Therefore, they do not know. They only “know about”. Thus, they always feel threatened.

Nothing real can ever be threatened.

Therefore, when you HAVE experienced firsthand that of being a “witness” to the mind, and have experienced personally the merging with “ALL THAT IS”, you never feel threatened, you never need approval, validation, or feel the need to be affirmed. Truth is Truth. Reality is Reality. You have complete “knowingness” and “certainty”. Look for these qualities in those you listen to, and work to attain them in yourself.

Everything already IS when it comes to the mind and spirituality. All has already been discovered and revealed to all of us because so many have already achieved “Enlightenment”. There have been millions of highly evolved beings on earth spanning thousands of years, who have reached the spiritual level of being able to observe and witness the mind in action and the entire spiritual nonphysical nature of the Universe. These people are known as being “Enlightened” or “Saints” or Avatars or Self Realized.

Many of them, over thousands of years, have written such observations and discoveries for all of us to learn from. These texts are available to all of us. But, who will spend the time, reading these esoteric texts from all around the world?
Very few.

I encourage you to seek Truth from SOURCE via someone who is not claiming to BE Source, but rather working to open you up so that you can connect with Source directly. Finding such a person, and following their teachings, is the fastest and easiest path to get to where you absolutely want to go. Much love to you as you proceed on your journey. Make it an adventure!

Much love, and may you never be the same.
Your friend, KT