Educational Opportunities for our Soul

There is so much information available online. Where do you start. There are blogs (like right here at Astrogardens) as well as podcasts and books and movies. I have come across a lot over the past few years. And some of them are truly essential. I am sharing some clips and movies that I think everyone should see and pay attention to.

You have listened to them tell you to “Follow the Science.”  And the funny thing is that the only “Science” they want you to see is the propaganda produced for the masses. You know, the Critical Climate Theory they want to train the young to believe in now so they will have compliant voters in the future?

I have been following Suspicious0bservers since about 2011. They offer all of the “Science” that “They” do not want you to know. If you have not tuned in, they offer a daily Youtube update about spaceweather and Earthquakes. I see this as the actual “weather report” that we should be watching every day. Do we need to know if it going to rain today? Sure. But we also need to know where the weather is coming from and how it may affect us all. We used to have The Weather Channel, but that went the same way as CNN – Entertainment for Liberals.

If you are not a follower, this is a quick piece they published last weekend showing basic climate information that you will not see on the mainstream news. Pay Attention!

What THEY Don’t Want You to Know About K0rona 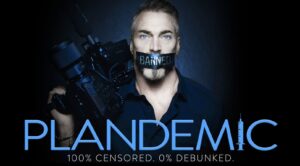 Now for even mentioning this movie I may be shadow-banned again across the internet.  But What the Fuck!

When we were hit by a world-wide plandemic in 2020, there were questions that were not being answered. They were questions we were not even allowed to ask out loud without being labeled a kook and banned off every social media platform that existed.

Still today, these movies are taboo. Search for it on Google, everything you see will be articles and videos designed to DEBUNK everything publishing in the movies. I am pretty sure that when you get to the site, it will direct you to download the movie – because every time is it published on a platform, it is removed – with prejudice.

Here is what they say about themselves:

The two part series was declared “debunked” by critics all over the world. In the name of science and public safety, the gatekeepers of free speech took unprecedented measures to censor the information they called “dangerous conspiracy theory.”

When Dr. Mikovits made the bold claim that COVID-19 was manipulated in a lab, she was smeared as “crazy.” When Dr. Martin exposed the patents and paper trail proving that Dr. Fauci was funding dangerous gain of function research at the Wuhan Lab, critics laughed.

Today, the critics are no longer laughing. Through accredited scientific studies, every major claim made within the PLANDEMIC series has been validated as accurate. PLANDEMIC is now being acknowledged for being among the first to warn the world of the agenda to reduce the liberties of citizens through medical tyranny.

If you are still questioning why all of the “Tinfoil Hat” people believe the things they do, here is a good place to start. Thrive and Thrive II are a couple of groundbreaking Documentaries that uncover a lot about the shadow world of the Elites that are making the decisions that no one hears about. And you have to believe that none of those decisions are in your best interest.

Thrive II Available for Free Through the 19th 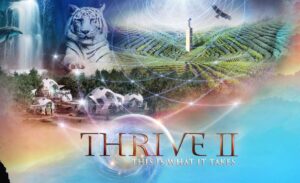 Imagine if a film came along that reveals existing cures for cancer, working free energy devices, the Unified Field Theory that Einstein was seeking and an ethical playbook to transcend the political polarities shredding relationships worldwide…. Well, it’s here today and you can register now to watch it for free!
This groundbreaking documentary brings you behind the scenes with the people and inventions that have the power to transform life for everyone.

While Thrive II focuses on solutions on how to move forward in this weird world, It was the second in a series . . . the first being Thrive – What on Earth Will is Take. Thrive was released in 2011 and, for me, was eye opening. Per its description:

An unconventional documentary that lifts the veil on what’s really going on in our world by following the money upstream – uncovering the global consolidation of power in nearly every aspect of our lives. Weaving together breakthroughs in science, consciousness and activism, THRIVE offers real solutions, empowering us with unprecedented and bold strategies for reclaiming our lives and our future.

I hope you enjoy any of these pieces. All of them will offer you a window to the world that will not be seen in the mainstream. And far too often, will get you into trouble – as someone who does not fit in with the way they want you to think.