SUN – 08 SAGITTARIUS: deep within the depths of the Earth, new elements are being formed

On this first day of Chanukah, I must talk more about Christmas. Constant readers know that I have been trying to point out major holidays that we may or may not know about in our own western worlds. My Happy Monday message of Hope requires a little background though. So Chanukah will be addressed in the next day or so . . . its an 8-day celebration. 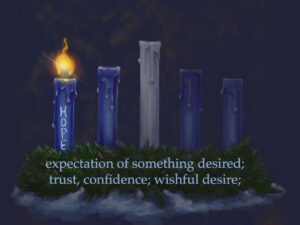 What do you hope for? Always around the Christian observance Advent, I think of the for advent words – Hope Love Joy and Peace. Not that I am particularly religious – I was raised in a Christian household and have celebrated Christmas all my life.  So I just happen to love Christmas. It is a wonderful and happy time of the year. The moods it inspires are positive. I think we need more of it in our lives and for more parts of the year. And . . . Christmas Music.

Now for you who know me, I have an insane love of Christmas music. I generally begin listening to Christmas music in about October. Not the fun and silly songs (Grandma Got Run Over by a Reindeer or Frosty the Snowman). Usually traditional instrumental music – the Winter Solstice albums are my favorites. Christmas music embodies the happiness. The Joy. The Laughter. And yes the Hope of the Christmas season.

Starting in November, terrestrial and satellite radio will have stations that dedicate themselves to Christmas music – more of the fun music. I seek them out and change my car radio stations accordingly.

Some years it is an exclusive thing. I will stop listening to other music entirely. This year is more like half and half.

For a more detailed explanation of the meanings and spirit of Christmas, I found an article from Scientific American from back in 2016 that I have included below. If you want to read it on their site, CLICK HERE.

The Spirit of Christmas

It’s the most wonderful time of the year! Once we’ve had our fill of turkey and welcomed the holiday season properly, we’re constantly encouraged to get into the Spirit of the Season. This phrase is most heavily tied to Christmas in particular, but it would be hard to deny that similar themes aren’t attached to other December holidays. In general, we’re encouraged to be joyful, charitable, generous, kind, and forgiving—which are all behaviors that run counter to our inclined responses to the stresses caused by holiday shopping, holiday travel, and general holiday interactions. Where does the idea of Christmas spirit come from and why does it hinge so much on behavior?

The message of Christmas spirit is derived from a few general experiences. The first is an actual specter. In the seasonal classic A Christmas Carol Ebenezer Scrooge is confronted by several apparitions who force him to confront his miserly ways and open his heart. If there is anyone who does not embody the alleged Christmas spirit, it is truly Scrooge:

When Scrooge gets home on Christmas eve, he is visited by the spirit of his former partner who warns him of the coming of three spirits. One of these phantoms is Christmas Present—a jolly, jovial, generous essence. In the original version of the story, he appears with a great feast and is decorated in the trappings of the season. His purpose is to take Scrooge around town and show him that both the wealthy and the poor seek solace in the cheer of company on this day. That is, people are invested in sharing and being grateful for whatever they have, and looking for merriment in each other’s company, regardless of their means.

The Ghost of Christmas Present bears a resemblance to St. Nicholas, who is the physical embodiment of Christmas spirit—and our second example for consideration. Our present image of Santa Claus comes from a few different sources. He is a combination of the Dutch Sinterklaas and the British Father Christmas—both of whom appear to be rooted in the real life Saint Nicholas of Myra, who was a saint and a Bishop with a reputation for secret gift giving. For example, he was known for putting coins in shoes left out for him. The tradition of Saint Nicholas’ Day (Dec. 6) spread to many countries, and on the eve of this festivity which marks his death, presents are exchanged. Sinterklaas makes the distinction between good and bad children. He has a helper named Zwarte Piet who punishes bad children by beating them. (In some traditions, he also abducts very bad children.) Children leave their shoes by the fireplace with some hay or a carrot for his horse, and Sinterklaas leaves them chocolate coins or some other token. A sack is also often placed outside of the house or in the living room with presents for the family. Father Christmas, on the other hand, had nothing to do with gifts—though he has since merged with representations of Santa Claus, he was originally created to be the personification of good cheer.

The third form of Christmas spirit exists in the forms of Christmas decorations. Lights and evergreens in our homes drive away the imagery and meaning associated with the colder, longer days that mark the end of the growing season. Both figuratively and literally, on the darkest of days, people wish for light. As the days grow shorter and sometimes colder, and the earth stands barren until growth can begin anew, people’s thoughts turn to warmth, life, and light. Light drives away the darkness. It symbolizes hope and beginnings, knowledge and safety. Lights create a beacon for others who are out in the dark and cold; they imply generosity and charity.

Taken together, the lessons from these examples pack a powerful punch. We have a moral watchman, the embodiment of good cheer, a gift giver, and symbols of safety and home. They provide strong guidelines on how to behave in a specific context, which in this case is the holiday season. We have been taught through these traditions what we should expect and how we should behave.

So in regard to Hope. It is a powerful concept. And one that invites questions. Why do you Hope? Why do people lose Hope? What do you Hope for? These are things to ponder. And I think that part of the Season of Advent is to consider this. What do we Hope for?

So let’s put it out there. What are your Hopes? Please take a few minutes to consider it. Write them Down (very important). Share them in the comments if you would like.

I will be offering more thoughts on Hope in the next week – as well as a rundown on Chanukah.