JUPITER – 23 AQUARIUS: a big bear sitting down and waving all its paws

NEPTUNE – 21 PISCES: a little white lamb, a child, and a Chinese servant

With the New Moon in Scorpio on November 4, 2021, over a billion people of Eastern Indian descent are celebrating the holiday of Diwali. So I am sharing an article from The Farmer’s Almanac. This is one of those holidays that I like to draw attention to. Why? Because today (actually probably a lot of yesterday over a BILLION people were doing and saying and thinking the same things. Here in the west, we know about how life pretty much stops on Christmas. And we only have 330 Million (and at least that many in Europe and related countries). It doesn’t even come close. So please pay attention on this New Moon in Scorpio – also known as Diwali this year. Light a candle. Spread some light in the world. Eat some sweets. We can all enjoy some happiness. 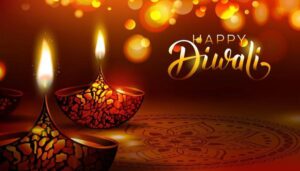 Diwali (also called Divali or Deepavali) is a “festival of lights” that celebrates the triumph of light over dark and good over evil, and the blessings of victory, freedom, and enlightenment. The name comes from Sanksrit dipavali, meaning “row of lights.” On the night of Diwali, celebrants light dozens of candles and clay lamps (called diyas), placing them throughout their homes and in the streets to light up the dark night.

In most of India, Diwali consists of a five-day celebration that peaks on the third day with the main celebration of Diwali. In other places where Diwali occurs, usually only the main day is celebrated.

Diwali is primarily celebrated by followers of the Hindu, Sikh, and Jain faiths. However, the holiday is celebrated throughout India, Singapore, and several other South Asian countries as a national holiday, meaning that people outside these religions may participate in Diwali celebrations, too. Hindu, Sikh, and Jain communities in the United Kingdom, United States, Australia, and elsewhere around the globe also regularly celebrate Diwali.

Diwali occurs annually in autumn (or spring, in the southern hemisphere), during the Hindu month of Kartik. (To put it in Western terms, Kartik begins around mid-October and ends in mid-November.) Specifically, Diwali occurs on the darkest day of the lunar month, which is the day of the new Moon.

Because Diwali is celebrated by so many people worldwide, traditions are diverse, though there are a few common themes, including the lighting of candles and the gathering of families.

The main celebration of Diwali takes place on the day of the new Moon, when the sky is at its darkest, so a big part of the celebration revolves around light. Candles, clay lamps, and oil lanterns are lit and placed throughout the home, in the streets, in areas of worship, and floated on lakes and rivers. Fireworks are also set off on the night of Diwali—said by some to ward off evil spirits.

Another central theme of Diwali is family. Wearing their best new clothes, families gather together to eat sweets and other special foods, light diyas (decorative oil lamps), and pray for their ancestors. Businesses are generally closed (or close early) on Diwali to allow workers to celebrate with their families, too.

The feast can be quite extravagant, with the table filled with special dishes and sweets. In honor of Dwali, here are a few Indian-style recipes from our own website.