SUN – 26 CANCER: Guests are reading in the library of luxurious home

EARTH – 26 CAPRICORN: A nature spirit dancing in the mist of a waterfall

SUN – 27 CANCER: a violent storm in a canyon filled with expensive homes

This morning I came across an article that reminded me of a subject I do not often discuss. Autism. One of my children is autistic. So dealing with it has been a 14 year journey for us.

And I thought it relevant to talk about considering it weighs heavily on my mind when considering what I must do in the case of a disaster. I have a large family (10 kids). Luckily for prep-planning sake, only 5 of the children are at home. But three of us will require “special handling: in the case of a bug-out. My wife Linda cannot walk due to extreme arthritis. Our youngest, AJ is completely physically dependent upon us due to a genetic condition. And then we have our 14 year old son Aaron who is autistic.

Now Autism is a spectrum. There are many different symptoms with varying degrees of severity. Our Aaron is “high functioning.” He can talk and interact – not necessarily willingly. He can care for himself. His issues are sensory (hearing and touch) and behavioral (oppositional). Plus he has a processing delay, which means his brain does not connect the receipt of stimulus at the same speed as the average person. For example, So, for an average child, you yell, “Stop! Don’t Touch that!” they will immediately react and pull their hand away. For someone with a processing delay, they hear the command and it takes their brain longer to understand and react. in the case of our son, this delay is between 8-14 seconds.

Sit and think about that one for a little bit. It will blow your mind. And it takes a lot of time to figure how to deal with someone when this is happening.

From the point of view of someone who life is directly affected by Autism, there are so many questions about it. Like what is it? Why did my child get it? As a parent, you find these questions are often times not answered.

I will give you an example. I Googled the question, What is the cause of Autism (Hint Hint the medical industry does not like this question). There were a lot of sites that came up. I looked at 5 of them. And not a single one had an answer. Most of them blathered on about symptoms and what you can do about them. The best answer that you will find looks like this:

Researchers have yet to discover a cause for autism. Many of the ideas put forth thus far have been disproven. Likely a combination of genetic, neurological, and environmental factors are at work, which is the case with many psychiatric disorders and conditions.

They came up with this very well-crafted, happy response right after they officially and unequivocally announced:

AUTISM IS NOT CAUSED BY VACCINES!

And anyone expressing a thought or opinion to the contrary will have their name and life doxed as a dangerous conspiracy theorist until the end of time. That being said, I will show you some numbers and then ask you another question: 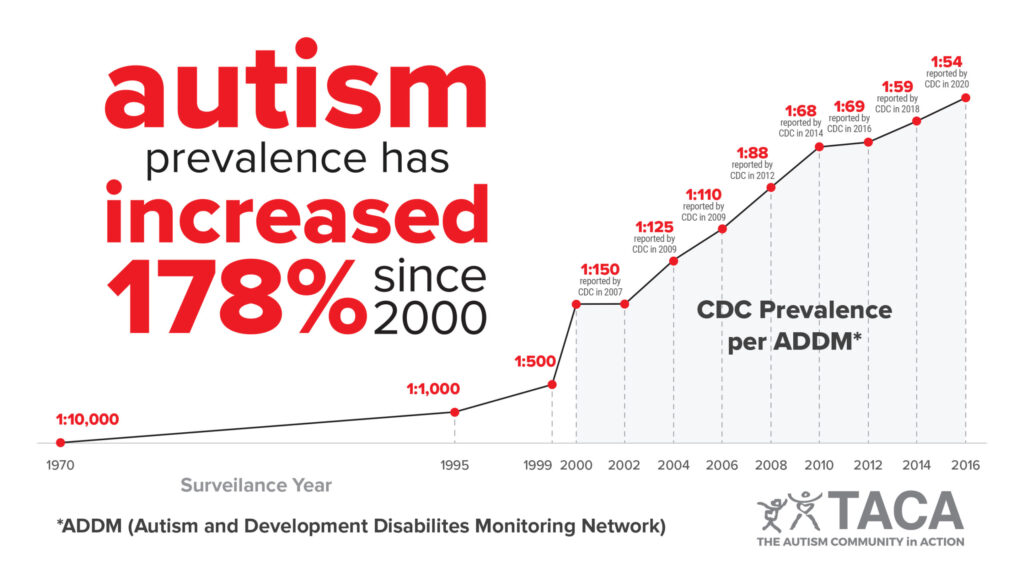 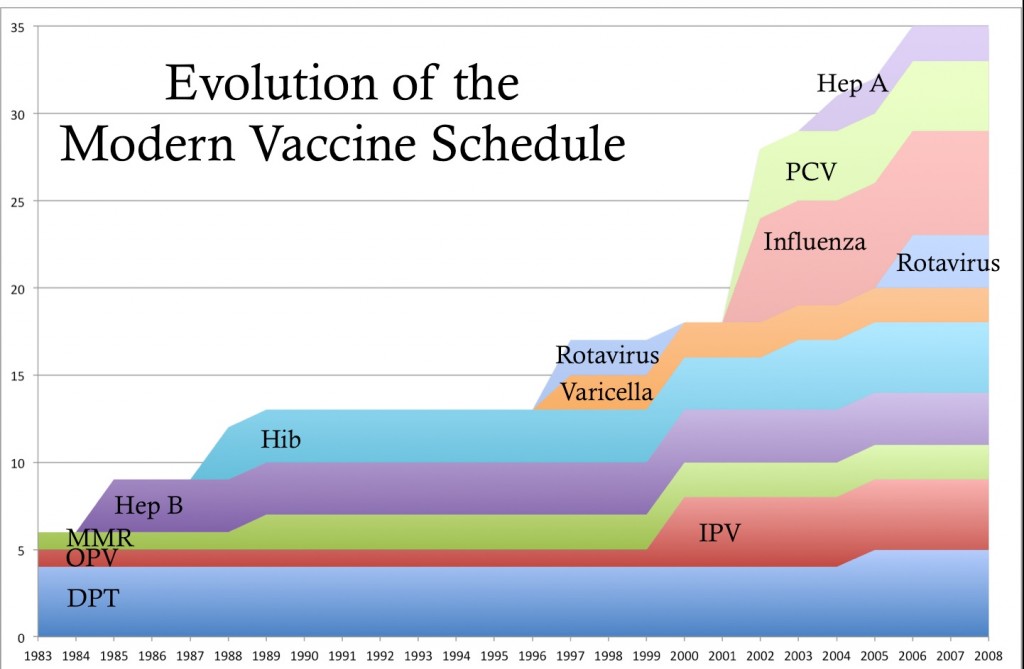 I shares these charts mainly because they piss off so many in the lamestream and those in the medical establishment. And I will keep sharing them and talking about them until the same medical establishment stops jumping up and downs screaming like 3-year olds when its is said. When these same idiots stop developing studies designed to agree with their point of view and start uncovering what it is. They have 50 years worth of data.

We can say, “Wow. It’s like cancer or any other disease they have yet to figure out.” Or they can start putting 2 and 2 and 2 together.

They are probably correct in what they say; Likely a combination of genetic, neurological, and environmental factors are at work. It is not a single factor that causes autism. Instead it is like a perfect storm of issues. Add genetic weakness to vaccines, fluoride and chlorine in the water, antibiotics and GMOs in the food, pesticides in the environment. But I do not believe that they do not know. It would be entirely too inconvenient for the pharmaceuticals industry to have a life-long problem like autism be part of the payouts they must mage for the long term liability for their products.

Now you can till look at this and scream that you think I am a conspiracy theorist. But I also ask you to look at another medical mystery – Polio. It was a horrifying “viral” disease that wracked the world and lives through the better half of the last century until the Vaccine for Polio was developed and spread throughout the country and the world. I simply ask you to also look at, and compare, charts for the usage and spread of the Pesticide DDT.

But don’t talk too much about it. Or you could be silenced faster than you can say Seth Rich.