– Sabian Symbol for the Solar-Lunar Month – New Moon in Gemini: “A hen scratching for her chicks” (& “The Union Jack flies from a new British warship”)

EARTH – 20 CAPRICORN: A hidden choir singing during a religious service 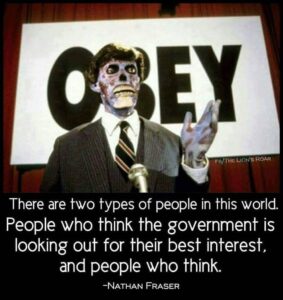 Do You Know How to Find Your FEMA Camp?

For people interested in knowing what you need to do when The Shit Hits the Fan, one of the places to look is your Local FEMA outpost. FEMA – The Federal Emergency Management Agency is a governmental agency (I bet you guessed that from the name) tasked with helping out in the case of an Emergency.

This all sounds good. If there is an Emergency (Flood, Hurricane, Toronado, Earthquake) it is the human asset side of the Infrastructure required to help. They should be more specialized in handling Emergencies than . . . say the police or local fire department. And they should have the Power (and Money) of the federal Government to help out in times of need.

Because you read all the fine print in regard to its funding and bureaucracy and you realize it is not a good thing at all. Our Elected Officials (along with help from the CIA, FBI and DOD no doubt) gave FEMA Extra-Constitutional powers. They can declare Martial Law. They can conscript local officials. And they are answerable to . . . well they never really say. You can assume it goes all the way to the White house, but I might not completely believe that.

You want to have some fun? Google the term “FEMA Camps.” And I mean Google here, because we need to start with the dystopia before we get to the non fiction. You will find: The Wikipedia description of FEMA Camps as being a Conspiracy Theory, the First citation from The Southern Poverty Law Center (a hard left wing Think Tank and Propaganda Engine), A completely useless link from FEMA.org, and then a whole bunch of listings explaining that FEMA Camps are a Debunked Conspiracy Theory.

So When you hit a Left Wing Wall on Google, do what any thinking human being with a web browser in front of them would do – Go to another Search Engine. I chose DuckDuckGo. Do the same search “FEMA Camps” and you will find . . . a bunch of relevant articles about FEMA Camps, including the same Wikipedia “debunked” article and then a lot of others describing these camps, identifying these camps, discussing the agency, etc. There is even a Citation from Google Maps (No there is no irony here!) showing a live map of the United States with all the known FEMA Camps marked.

Now I personally know that the 2 closest camps to my area  in Reading, Pennsylvania are either in Schuylkill Haven or Ft. Indiantown Gap. Both are between 40 and 60 miles from home. They are situated in the Blue Ridge mountains (think higher elevations). And if I want to get there after an EMP knocks out all technology (yes that means cars), I will have a long walk with a lot of hills.

People in New York City, Long Island, Connecticut or Pittsburgh are . . . fucked. Nothing whatsoever close. Philadelphians will have to cross the Delaware and hike up to Trenton, New Jersey.

And now that you know where they are, consider where you might actually want to go if and when everything goes to hell? Can you Shelter in Place? Where can you get to that might be safe.