By: alfoss
In: Astrology, Daily
Tagged: balsamic phase
With: 0 Comments

17 CANCER: The seed grows into knowledge and life

17 CAPRICORN: A girl surreptitiously bathing in the nude

I have an interesting thought for today’s Sabian Symbol for the sun – “The Seed grows into knowledge and life.” And it came to me in the form of a Facebook meme. Though saying that, I will age myself and ask how many people of my generation and before got their meme-styled wisdom from a Bazooka Bubble Gum wrapper? Hmm  Just a thought. 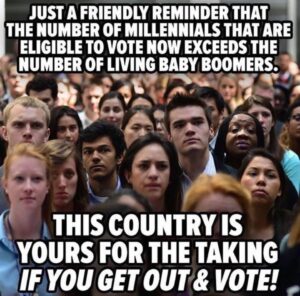 Now let’s stop and think about this one Very Very Hard. There is much to be said about generations differences. Baby Boomers, Gen X, Millennials, Gen Z etc. etc. etc.

Each grouping sees the world through a different lens. And that lens has been created by  not only the world they were brought up into, but the teachings of the generations before them.

The History debate has been particularly “interesting” this week. Monday Morning, the “Breaking News” story on CBS News was that they would be interviewing Nicole Hannah-Jones, the African American who wrote The 1619 Project, which started as an article in the New York Times Magazine. The 1619 Project “aims to reframe the country’s history by placing the consequences of slavery and the contributions of Black Americans at the very center of the United States’ national narrative.” This is all very good, except that a lot of what she wrote was inaccurate. I frankly look at is more as “The 1984 Project.” It is the crowning achievement of the Critical Race Theory project that has been steadily trying to erode our National History since the 1990’s.

But the point of the “Breaking News” had been to interview Ms. Hannah Jones about the position she was offered at the University of North Carolina-Chapel Hill in some official position as the “chair” of the School of Journalism. It had been announced back in April. But people protested. Why. Head of the School of Journalism? After she published a groundbreaking 1619 Project that was a pack of lies? UNC back pedaled and did not offer her “tenure” but instead offered her a 5 year contract. Incensed, Ms Hannah-Jones ended up turning the post down in favor of joining a tenured position at Howard University (a traditionally all-black college where Michelle Obama sits on the Board) hmmmm. In the end I missed the story, but had heard the headline screamed ad nauseum from the minute I woke up and the second hand smoke of lamestream news began assaulting my environment.

As I was musing on all of this, I came across a headline that brought it all together. A poll was taken in the UK (from a governmental office of some sort that is offered much esteem apparently). The poll noted that 2/3’s of the Millenials and Gen Z participants would prefer Socialism.

“Research conducted by the Institute of Economic Affairs (IEA) has found that over two-thirds of Millenials and Generation Z in the UK would prefer to live under a socialist economic system than the free market system currently enjoyed in Britain.”

This is from the country where Margaret Thatcher 35 short years ago stated ‘The problem with socialism is that you eventually run out of other people’s money.” A generation or two away from that quote and look where they are now?

And ask yourself, “How did they get there?” I am willing to bet it is because of what they learned in school and what they see in the media.