11 CAPRICORN: Pheasants display their brilliant colors on a private estate 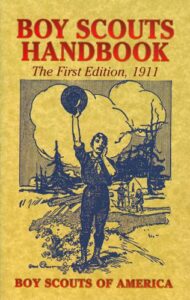 “Every American boy, a hundred years ago, lived either on a farm or in such close touch with farm life that he reaped its benefits. He had all the practical knowledge that comes from country surroundings; that is, he could ride, shoot, skate, run, swim; he was handy with tools; he knew the woods; he was physically strong, self reliant, resourceful, well developed in body and brain. In addition to which, he had good moral training at home. He was respectful to his superiors, obedient to his parents, and all together the best material of which a nation could be made.

We have lived to see an unfortunate change. Partly through the growth of immense cities, with the consequent specialization of industry, so that each individual has been required to do one small specialty and shut his eyes to everything else, with the resultant perpetual narrowing of the mental horizon.

Partly through the decay of small farming, which would have offset this condition, for each small farm was a college of handicraft.

And partly through the stereotyped forms of religion losing their hold, we see a very different type of youth in the country today.

The personal interest in athletics has been largely superseded by an interest in spectacular games, which unfortunately tend to divide the nation into two groups – the few overworked champions in the arena, and the great crowd, content to do nothing but sit on the benches and look on, while indulging in their tastes for tobacco and alcohol.

It is the last that is turning so many thoughtful ones against baseball, football, etc. This, it will be seen, is a reproductions of the condition that ended in the Fall of Rome. In her days of growth, every man was a soldier; in the end, a few great gladiators were in the arena, to be watched and applauded by the millions who personally knew nothing at all of the fighting or heroism.

Degeneracy is the word.”

INTRODUCTION to the Boy Scout Manual – 1911

I hope that you read the above Introduction and then noted at the end that it was written in 1911 – 112 years ago. And if you look at what was said it is still relevant today. Even more so as 112 years of degrading the moral fiber and social respectfulness of the children raised here.

But in addition, the point I was most taken by was in pointing out how farm life prepared kids from a young age to be more self sufficient. Taught them how to take care of the land. To live off the land. To plant. To hunt. To protect.

Now in my short 54 years on this planet, I cannot say I had the education of living on a farm. But I was much more educated in what they call “woodcraft” than I see kids (my kids) today.

We went camping a lot when I was a kid. Of course it was trailer camping with a lot of extra amenities. But that did not mean It was like going to a hotel.

It could be a lot of work. My dad did most of it until we were about six. Then we got camp jobs. By the time I was about 13, I was doing it all (My brother was never worth all that much even though he was older. And my sisters were 3 and 6 years younger than me.) If I wanted the jobs done so I could go play, I would do them myself. Besides, I could negotiate payments for the work. Dad and Mom knew how to get where they wanted to be and have the jobs done for them.

All of these tasks were learned over time. They were learned on-the job or through helpful organizations like . . . the boy scouts. I was not in the scouts long – about 4 years. I progressed through Webelos, but never into the boy scouts. Sports took over my time – with baseball and swimming.

But you see the difference between the farming lessons pointed out in the Boy Scout Handbook Introduction and where we had progressed in the mid 1970’s. Life was easier. We lived in the suburbs. We did not hunt our food, though as I will discuss another time, through camping these were things I learned from some of our friends. We worked, planted Tomatoes and Peppers in the garden and bought the rest at the grocery store.

Without growing up camping all the time, I would pretty much be useless if I ended up stuck in a post-catastrophe world with no electricity and having to fend for myself. And if with the knowledge I learned when I was young, I am so out of practice that I may not even know where to begin.

So I am going to pose some questions and allow us all to consider them . . . and think about what we should do about them.

Do I have food stored to survive?

Do I have first aid supplies?

Do I have tools needed?

Can I start a fire?

How far can I walk in a day?

Do I have supplies for all in my family to survive?

Can I prepare and store food?

Can I protect myself?

That’s enough for now. And it is a lot to think about. But I suggest that much of the information needed to answer these questions I can find in The Boy Scout Handbook. I guarantee it because I found it out by quickly scanning through it. And I will be going over some of this in future editions.

But for now, I ask you to seriously consider these questions. Answer them for yourself. Ask yourself how well prepared you are.