EARTH: 5 SAGITTARIUS: An old owl up in a tree

I really wanted to start writing on the following subject yesterday. However, it was Happy Monday and I really did not want to put this kind of vitriol out into the universe. But looking at today’s Sun Sabian Symbol, “a radical magazine asking for action displays a sensational front page” I know that today is definitely the day!

And by that I do not mean the left-wing Propaganda “non profit organization,” but we’ll get to that later

I have often brought up the subject of media bias and propaganda. It is a subject that truly infuriates me, raises my blood pressure and makes me want to shout from the rooftops. 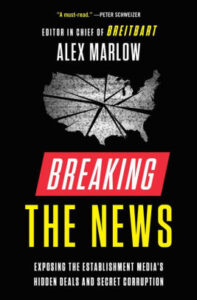 Well, last week a very important book on the subject of Media bias was released. It is by Alex Marlow, from Breitbart News (full disclosure about the source is important).  He makes the case of the rampant bias of the mainstream media and what it means to us. Hint: It basically is as bad as every nightmare pointed out in the book 1984.

Also Full Disclosure. This is a link to Amazon and I do not get ANYTHING for it. Just if you would like to read more or buy it. I loved it.

Included in topics covered are:

Examples of the Worst Bias (Including The New York Times, MSNBC and Bloomberg) – Detailing all the incestuous ownerships of the networks and how far reaching their control is over the information that is presented.

The 2020 Election and Cheat by Mail

The 2021 Purge on Social Media

All of these subjects I am pretty up to date on. But the presentation puts it all into perspective. They fuse politics, The News, Entertainment, social media together. They have weaponized their power and use it both for causes that they support and against those they disagree with.

So back to the Sabian Symbol for the Day – “A radical magazine asking for action displays a sensational front page.”

I have often noted that CBS News is on at our house and acts like Second hand smoke on our minds. My “favorite” show, The Early Show featuring Gayle King (Oprah’s best friend). And it is a constant source of left wing apology disguised as “News of the Day,” or “The Talk of the Table” – Information that you will be talking about all day.

Yes it is George Floyd Day today. The first anniversary of the murder of George Floyd by the Police! And so far, it is shaping up to be another celebration with backyard Bar-B-Ques. Maybe we will be lucky and someone will rent a Bounce House. We may even want to finish up with a bonfire before we go out and loot a Wal Mart.

But anyways, in honor of the holiday, The Early Show decided to invite a Senator to discuss some of the important legislation he is working on to Fix policing across the United States. And the Senator. None other than Kamala Harris’s best friend Cory Booker from Newark, NJ. He drawled on and on about how he is working with fellow GOP senator and African American man Tim Scott from South Carolina. Discussed about all the similarities they had in their lives being worried about driving and being pulled over by Police.

But that they were working on Landmark Civil Rights Legislation together. They are still far apart. But he feels like they will come together. He then went on and articulately and thoroughly stated all of his cases – with the Talking Head commentator wagging his tail like a dog waiting for more. 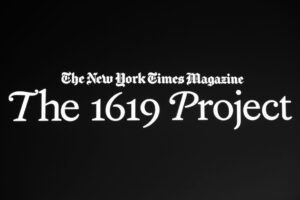 This was their headline story. They hyped it all morning with the teaser “Pulitzer Prize winning Journalist Denied Tenure.” Nikole Hanna-Jones authored a piece for the New York Times Magazine introducing “The 1619 Project.” This movement contends that the History of the United States has been written and taught incorrectly. That the real history is that the United States was founded on Slavery and Racism.

In addition to coming up with the whole story and idea of 1619, the project seeks the whole discussion about changing the history curriculum taught to children in the country to reflect this view. When it came out in August 2019, everyone on the left and their mother and Oprah began praising it and giving money to them to start pushing into the school system. They loved it so much, they gave the author, Nikole Hannah-Jones the Pulitzer Prize. And the movement to revise our history books has been going strong ever since.

That is until someone finally was able to rise above the lamesteam media hype to point out the the Emperor was naked. There were so many holes in Nikole Hannah-Jones 1619 project that only a fool would not notice. It has caused hysteria and pain on the academic left because they so wanted to be able to rewrite history to conform with their opinion. And they hoped 1619  would do that. But . . . well . . . it didn’t.

For the Story on CBS, they interviewed an erudite academic left historian to deflect from the obvious inaccuracies of the theory. He pointed out that there were many states where legislatures and school boards who were BANNING 1619. He framed the argument like they were racists trying to ban books. He forgot that the real issue was that 1619 seeks to rewrite and revise history rather than show what happened.

Why Do I Bring These Stories Up?

I bring these examples up in relation to the release of Breaking the News because they are Prime examples of media manipulation and crafting of the narrative. People watching the show are presented with a false narrative. Opinion. Reported as News or Fact. In a Newspaper (at least a newspaper from 30 years ago) this kind of thing would be on the Editorial Page. But now its presented as News.

These are frauds that have literally changed history. Changed the beliefs and understandings of unsuspecting readers. Changed the votes and results of elections.

I just read a headline that Chris Cuomo is being asked to take a leave of absence from CNN due to his lack of journalistic integrity during the Corona Virus. Gavin Newsome and Andrew Cuomo are facing recalls due to mismanaging their states during the Plandemic.

All because the media have been running interference.